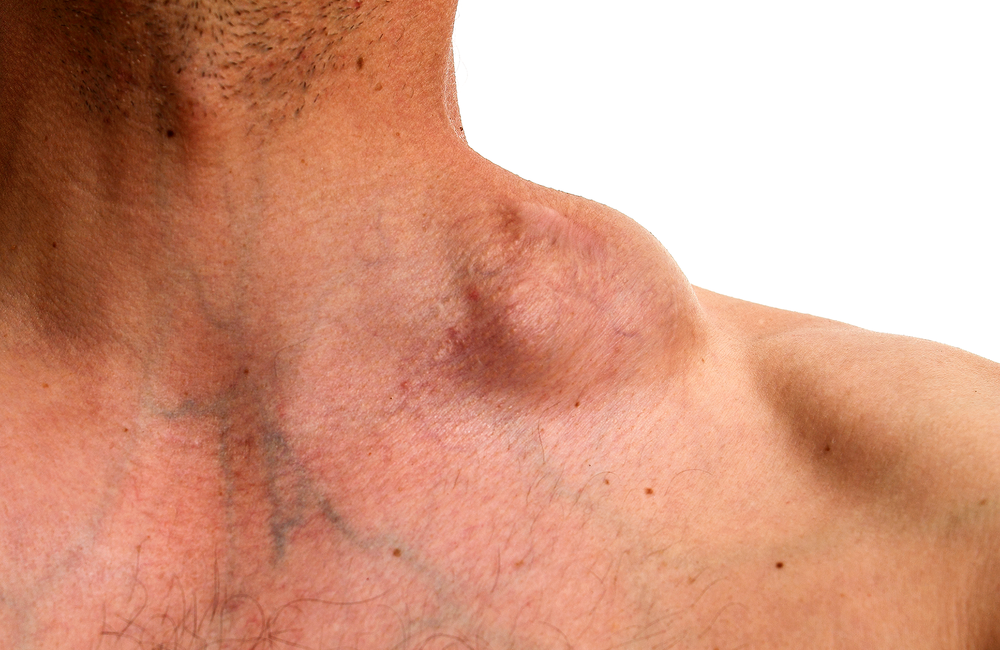 A recent study has found that despite effective antiretroviral therapy, low CD4/CD8 ratios and high CD8 counts are associated with a higher risk of Kaposi’s sarcoma and non-Hodgkin lymphoma, respectively. This increased risk is particularly present in people living with HIV who have CD4 cell counts above 500.

As expected, virological failure was a strong risk factor for both cancers. Findings are published in Clinical Infectious Diseases.

Kaposi’s sarcoma is a cancer that forms in the lining of blood and lymph vessels. The tumours can appear as painless purplish spots on the legs, feet or face, in the genital area, mouth or lymph nodes, and may also develop at a later stage in the digestive tract or lungs. The underlying cause of Kaposi’s sarcoma is infection with a virus called human herpes virus-8 (HHV-8). This virus causes no symptoms in healthy people. However, in people with a damaged immune system – CD4 loss, but also an imbalance between CD4 and CD8 cell counts – which allows it to multiply, HHV-8 has the potential to trigger Kaposi’s sarcoma.

Non-Hodgkin lymphoma is a type of cancer that begins in the lymphatic system, which is part of the body’s germ-fighting immune system.  In non-Hodgkin lymphoma, lymphocytes grow abnormally and can form tumours throughout the body. Signs and symptoms may include swollen lymph nodes, abdominal pain, persistent fatigue, night sweats, fever, chest pain, coughing or trouble breathing. Non-Hodgkin lymphoma can be induced by the Epstein-Barr virus (EBV), herpes virus-8 (HHV-8) or human T-cell leukaemia/lymphoma virus-1 (HTLV-1) when the damaged immune system cannot regulate them adequately.

Despite the widespread use of effective antiretroviral therapy and the resulting long-term viral suppression and CD4 restoration, a higher incidence of Kaposi’s sarcoma and non-Hodgkin lymphoma persists in people living with HIV, compared to the general population. These events seem to be driven by immune activation and inflammation that even viral suppression may not control.

CD8 cells are part of the immune system: also known as T killer cells, they recognise and destroy cells infected with viruses or bacteria. CD8 cell counts increase in response to acute infections. However, they can remain high in chronic infections such as HIV and respond to treatment more slowly than CD4 cell counts.

The CD4/CD8 ratio is considered a reliable marker of immune activation during successful antiretroviral therapy. Its normal value ranges between 1 and 4. When it is lower than 1 in people with HIV receiving antiretroviral therapy, it correlates with the risk of AIDS-related mortality and non-AIDS defining events, especially cancers.

However, the impact of the CD4/CD8 ratio on the risk of AIDS-defining cancers, such as Kaposi’s sarcoma and non-Hodgkin lymphoma, had never been studied before.

Dr Fabienne Caby and colleagues from COHERE (Collaboration of Observational HIV Epidemiological Research Europe, composed of several major cohorts) used data from over 50,000 people living with HIV who were receiving effective antiretroviral therapy to assess the impact of the CD4/CD8 ratio on Kaposi’s sarcoma or non-Hodgkin lymphoma risks in this population. This analysis focused specifically on whether or not this biomarker provided additional information to the CD4 count, which is the usual immunological predictor for both cancers.

As starting antiretroviral therapy with a high CD4 count is more and more common, the investigators conducted a secondary analysis that focused only on people with CD4 cell counts above 500 after they achieved virological control.

To be included in the study, individuals had to be at least sixteen years old, to have started antiretroviral therapy in the 2000-2014 period and to have achieved virological control – defined as viral load below 500 copies – within nine months after starting their treatment. At least one CD4/CD8 measurement, done in the six months following virological control, was needed.

For both analyses, the baseline was considered as the time of the very first CD4/CD8 ratio measurement within six months after virological control. Individuals with a diagnosis of Kaposi’s sarcoma or non-Hodgkin lymphoma at baseline or before could not be included in the study.

Overall, 57,708 people living with HIV from twenty cohorts in twelve Western European countries were eligible for the study. Men who have sex with men accounted for 49% of these participants, and women for 25%. Most participants were of European origin (69%), whereas 15% were of sub-Saharan origin (5770 women and 2691 men). 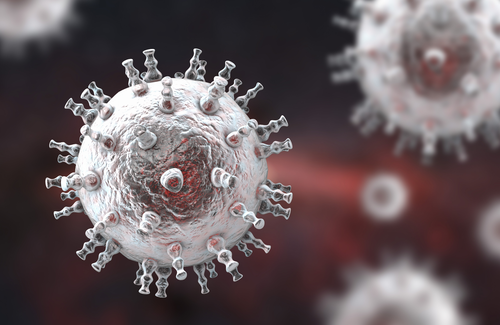 Finding these low CD4/CD8 ratios in people with a suppressed viral load is not uncommon. As explained above, CD8 cells take time to respond to HIV treatment, except when treatment is started during acute HIV infection.

In the primary analysis, Caby and colleagues found that during follow-up, Kaposi’s sarcoma and non-Hodgkin lymphoma had been diagnosed in 221 and 187 cases, respectively. This corresponded to incidence rates of 72/100,000 persons-years for the former and to 61/100,000 persons-years (95% CI; 46-76) for the latter. Most cases of Kaposi’s sarcoma were diagnosed between 2 to 37 months after baseline, whereas non-Hodgkin lymphoma was diagnosed between 7 to 42 months.

The secondary analysis showed that among the 19,133 participants with CD4 cell counts above 500 at baseline, 65 were diagnosed with Kaposi’s sarcoma and 50 with non-Hodgkin lymphoma. However, this time, occurrence of the two cancers in a context of virological failure amounted to 14/65 cases (21%) of Kaposi’s sarcoma and 11/50 cases (22%) of non-Hodgkin lymphoma, despite the patients’ high CD4 cell counts.

What were the risk factors associated with Kaposi’s sarcoma? In all three models described above, virological failure was the strongest, with a nearly 3-fold higher risk (hazard ratio 2.77 in the third model).

When the CD4/CD8 ratio was looked at as the only immune factor, the lower it was, the higher the risk. When CD4 and CD8 counts were looked at separately, their independent associations with the risk of Kaposi’s sarcoma were confirmed.

The investigators highlight that in participants with CD4 cell counts above 500, the association between the CD4/CD8 ratio and the Kaposi’s sarcoma risk was stronger than that seen in the entire study population. They also found that being a man who has sex with men and being older were associated with a higher Kaposi’s sarcoma risk.

However, the model adjusted for the CD4 and the CD8 counts showed that the risk for non-Hodgkin lymphoma strongly increased when the CD8 count was very high: hazard ratio from 1.61 for 2000 CD8 cells, to 3.14 for 3000 CD8 cells, compared to 1000 CD8 cells. This association was even stronger among participants with CD4 cell counts above 500 at baseline.

The investigators identified being older and male sex as other independent factors associated with a higher non-Hodgkin lymphoma risk.

These results confirm that HIV-related diseases still occur in people living with HIV despite a suppressed viral load and a relative immune response restoration. HIV-related inflammation is reflected in persistently high CD8 cell counts and leads to unbalanced CD4/CD8 ratios, raising the risk of AIDS and non-AIDS-related diseases.

Caby and colleagues say that CD4/CD8 ratios and high CD8 counts may be biomarkers of particular interest to people living with HIV who have high CD4 counts. For those with persisting low CD4/CD8 ratios despite efficient antiretroviral therapy, closer monitoring could be beneficial.

“However,” they add, “further studies are needed to clarify the impact of the CD4/CD8 ratio on the risk of other HIV-related diseases, to know which specific preventative measures could be implemented.”