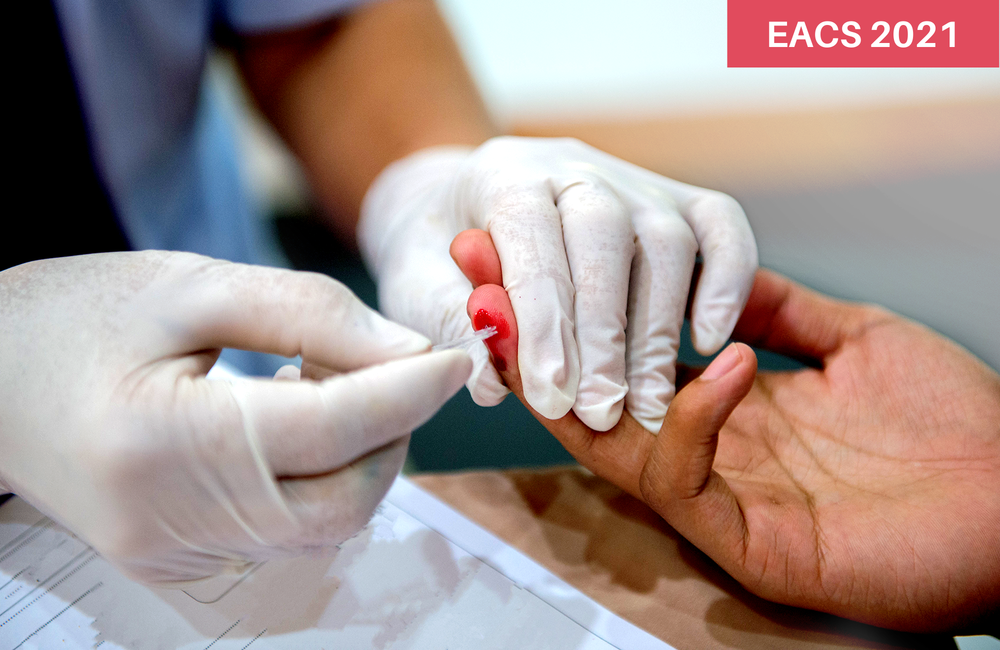 More widespread HIV testing in Europe is being hampered by medical guidelines which do not recommend testing people who have AIDS-defining conditions or other illnesses that could be linked to HIV, the 18th European AIDS Conference (EACS 2021) heard today.

In order to achieve the first of UNAIDS’ 95-95-95 goals – in which 95% of people living with HIV have been diagnosed – HIV testing programmes increasingly need to reach individuals who are not viewed as belonging to a risk group for HIV or who do not see themselves as at risk, but who may nonetheless have HIV.

One way to achieve this is through testing of people with ‘indicator conditions’. For the past decade, European HIV testing guidelines have recommended that non-HIV physicians offer HIV tests to patients who present to medical care with a condition:

Local projects have had positive results through education and training, simplifying testing procedures (such as opt-out consent and digital prompts for clinicians), involving non-HIV specialists in implementation research, and collaborating with HIV services to provide support to manage indeterminate or reactive test results.

An important barrier remains the large number of medical guidelines which do not mention HIV testing or don’t recommend it. At EACS 2021, Dr Carlijn Jordans of Erasmus University reviewed 786 national speciality guidelines that cover 63 HIV indicator conditions in 13 European countries.

Some indicator conditions had particularly poor coverage. Among the AIDS-defining conditions, these included cervical cancer (15% of guidelines), recurrent pneumonia (18%), cytomegalovirus (25%) and candidiasis (33%). Among other conditions, they were community-acquired pneumonia (8%), peripheral neuropathy (8%), lung cancer (9%) and cervical dysplasia (10%).

The findings add to those from a systematic review earlier this year, which looked for all available reports on the uptake of HIV testing in seven indicator conditions in high-income countries. The uptake of testing was highest in patients with tuberculosis (72%), but lower in those with hepatitis C (49%), hepatitis B (45%), lymphoma (35%) or cervical cancer or pre-cancer (12%). The researchers couldn’t find any data on HIV testing in the context of peripheral neuropathy, or of vulvar cancer or pre-cancer.

But they did find that when testing was performed, the proportion of patients who tested positive for HIV was usually high enough to show its value – 5% of those with tuberculosis, 4% of those with viral hepatitis and 1% of those with lymphoma.

UK: Government must make every contact count in emergency departments

In an open letter launched today, we're asking that the Government’s successful opt-out testing programme is extended to all areas with a high prevalence of HIV – from Birmingham to Portsmouth, and Derby to Peterborough.
Terrence Higgins Trust
19 Jan 23
HIV testing policies & guidelines