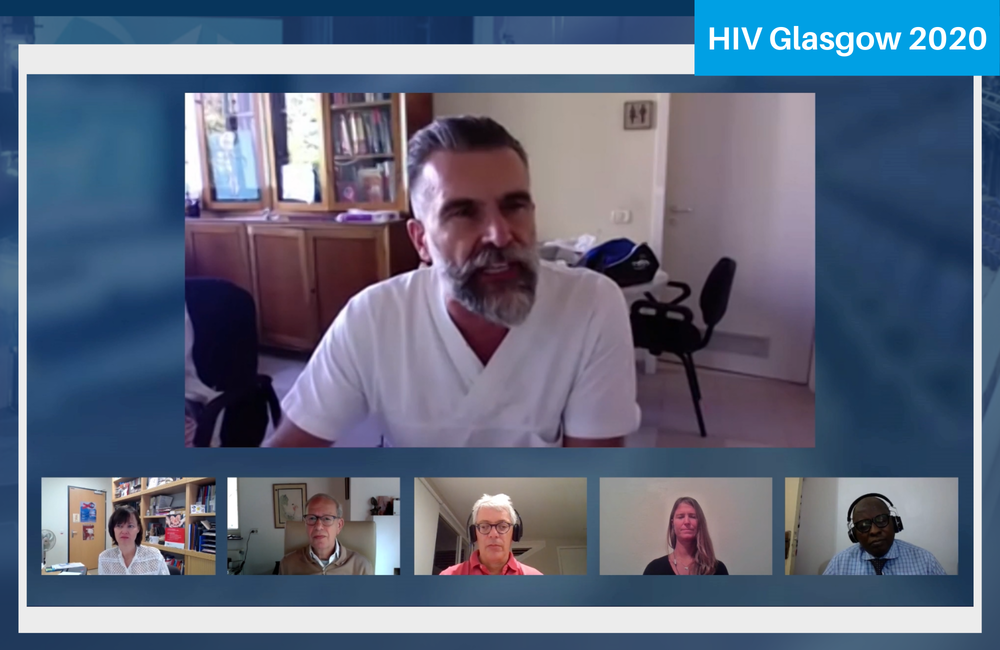 People with HIV who gain weight after switching to an integrase inhibitor are not gaining a disproportionate amount of body fat linked to increased risk of metabolic disorders or heart disease, Dr Giovanni Guaraldi of the University of Modena, Italy, told HIV Glasgow 2020 on Monday.

Instead, the gain in body mass was driven by 'good fat', said Guaraldi, and doesn’t suggest a metabolically abnormal fat gain.

Increases in weight and body fat have been reported in clinical trials and cohort studies in people starting HIV treatment, especially with an integrase inhibitor. Greater weight gain has been reported in women and people of African descent, and in people who start treatment with low CD4 cell counts.

The long-term consequences of weight gain are unclear. Not all fat contributes equally to raising the risk of metabolic disorders, including cardiovascular disease, metabolic experts agree. Fat around the heart and in the liver (visceral fat) seems more harmful than fat beneath the skin (subcutaneous fat), although substantial increases in weight that place people in the obese or overweight categories have been shown to raise the risk of death.

Guaraldi evaluated fat distribution and fat density in people treated at the Modena HIV Metabolic Clinic in Italy between 2007 and 2019, comparing people on antiretroviral treatment who switched to an integrase inhibitor with people who never switched.

Body composition was assessed at the first visit and at the last visit up to 2019 by DXA to measure total fat and lean mass. CT scan was used to measure fat quantity and fat density in the visceral and subcutaneous compartments and in epicardial adipose tissue (fat surrounding the coronary arteries).

The purpose of measuring fat density, said Guaraldi, was to assess whether fat gained after switching to an integrase inhibitor might increase the risk of metabolic disorders.

Studies in people with HIV have reported conflicting associations between fat density and markers of cardiometabolic risk such as inflammatory markers. A US cross-sectional study of the Multicenter AIDS Cohort carried out by Dr Jordan Lake and colleagues found that higher density in subcutaneous fat was associated with greater systemic inflammation, which may contribute to cardiovascular risk.

But another research group reported earlier this year that in a prospective clinical trial population, lower fat tissue density after 96 weeks of treatment was associated with greater systemic inflammation and insulin resistance. The authors questioned whether HIV itself damages fat tissue and whether fat tissues form a reservoir for HIV that is untouched by some antiretroviral drugs.

The study population consisted of 211 people switching therapy and 207 people who stayed on existing treatment. Participants had a median age of 50 years, approximately 70% were men and the average body mass index was 23.5 kg/m2 at baseline. Switchers had lower CD4 cell counts at the time of switching (559 vs 623) and lower nadir CD4 counts (150 vs 210).

There were no significant differences between the groups in fat mass, fat distribution or fat density at baseline, but both groups had high visceral fat volume, suggesting that lipodystrophy was present in a high proportion of both groups. Although the duration of HIV treatment exposure was not reported, switchers had been living with HIV for a median of 19 years and non-switchers for 16 years.

"The purpose of measuring fat density was to assess whether fat gained after switching to an integrase inhibitor might increase the risk of metabolic disorders."

Over a median follow-up period of 4.5 years for switchers and 4 years for non-switchers, a similar proportion of each group gained at least 5% of body mass index (51 in the switch group and 57 in the non-switch group). There was no significant difference between the two groups in total fat gain or fat gain in any compartment, although switchers showed a trend towards greater subcutaneous fat gain.

People switching to a new therapy experienced a significant reduction in visceral fat density but there was no difference in other measures of fat density.