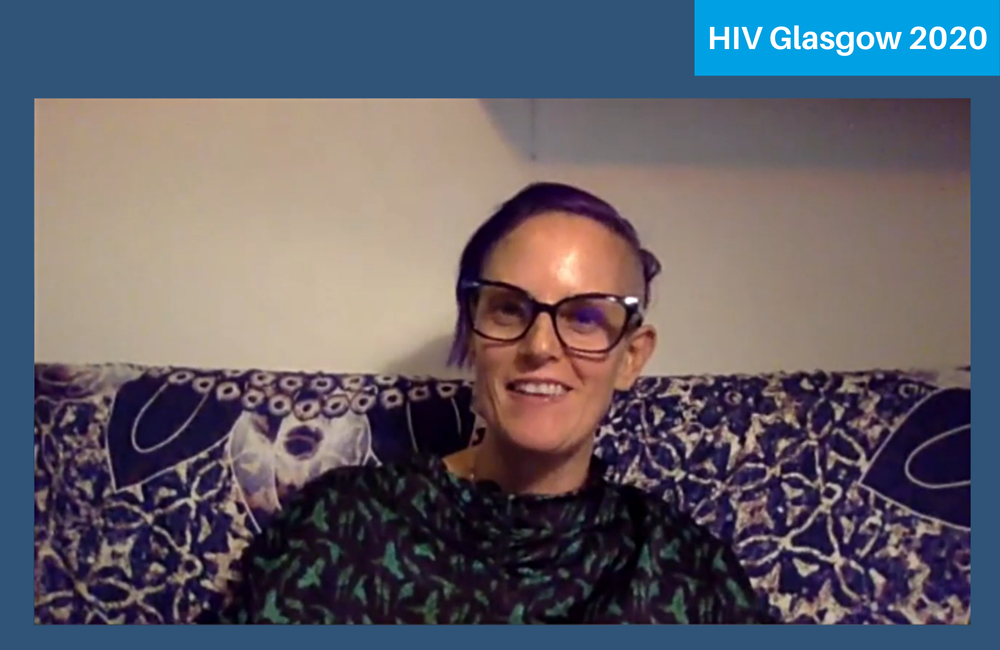 A combination of two long-acting injectable antiretrovirals taken once monthly maintained viral suppression with a very low rate of virologic failure, according to results from two phase III trials presented at the virtual HIV Glasgow conference.

Dual injections of cabotegravir, ViiV Healthcare's experimental integrase inhibitor, and the non-nucleoside reverse transcriptase inhibitor (NNRTI) rilpivirine (currently available in pill form as Edurant), suppressed HIV in more than 90% of previously untreated people and almost everyone who switched from another regimen with an undetectable viral load.

What's more, among people new to treatment, the injectable combination was effective regardless of whether study participants started the injections immediately or started with oral versions of the drugs for four weeks before switching to injections.

Professor Chloe Orkin of Queen Mary University of London presented the latest results from the FLAIR study, which tested the injectables in people starting HIV treatment for the first time.

Study participants initially started with a daily oral induction regimen of dolutegravir/abacavir/lamivudine (Triumeq) for 20 weeks to bring down virus levels. They were then randomly assigned to either stay on this regimen or switch to injectable cabotegravir plus rilpivirine, starting with oral formulations of these drugs for the first month. Cabotegravir and rilpivirine were administered as two separate intramuscular jabs given by a healthcare provider once monthly, with the buttocks being the preferred injection site.

As Orkin reported at the 2019 Conference on Retroviruses and Opportunistic Infections (CROI), 93.6% of those who switched to the injectables had undetectable viral load (below 50 copies/ml) at week 48, as did 93.3% of those who stayed on the oral regimen. At this year's CROI, she reported that 86.6% and 89.4%, respectively, maintained viral suppression at week 96.

At the Glasgow meeting, she presented findings from the study's extension switch phase, in which people originally assigned to stay on the oral regimen for the first 96 weeks switched to the injectables, either receiving the jabs immediately (111 people) or after a four-week lead-in with oral cabotegravir and rilpivirine (121 people).

The rationale for the oral lead-in was to ensure that the medications are well tolerated, since the long-acting injectables cannot be removed if they cause problems. However, Orkin said no safety concerns were seen in the earlier part of the study that would suggest that people need to start with the oral medications. Other long-acting injected medications, such as psychiatric drugs, do not require an oral lead-in, she noted.

The participants and their doctors chose their preferred option. Since they were not randomised, the researchers could not do a formal statistical comparison between the oral lead-in (OLI) and direct-to-inject (DTI) approaches.

Nonetheless, the groups that opted for each method were quite comparable. In both the OLI and DTI arms, the median age was similar (39 vs 38 years), 14% were over 50 years and 22% were women. Body mass index (25 vs 26) and baseline CD4 count (718 vs 752) were also similar. Those who chose the oral lead-in were somewhat more likely to be White than those opting for immediate injections (78% vs 69%) while the reverse was true for Black people (17% vs 21%).

At week 124 of the study – that is, 24 weeks after the switch from oral drugs – 93.4% of those in the OLI arm and 99.1% of those in the DTI arm had undetectable viral load. One participant in each group (less than 1%) had virologic non-response. Only one person, in the DTI arm, met the study's definition of confirmed virologic failure, and this individual had no apparent integrase or NNRTI resistance mutations.

A pharmacokinetic analysis found that cabotegravir and rilpivirine concentrations in the body did not differ based on whether or not the oral lead-in was used.

Treatment was generally safe and well tolerated. About one in five people in each group experienced drug-related adverse events, but there was only one severe event in the DTI arm (Hodgkin lymphoma, which was later deemed not to be treatment-related). This individual discontinued treatment, as did one person in the OLI arm due to weight gain, which has been linked to other integrase inhibitors. Orkin said details about weight gain in the study would be reported in a forthcoming journal article.

The most common side effect was injection site reactions, mainly pain. These were mostly mild and decreased in frequency over time. Just one person stopped treatment due to injection reactions.

Long-acting cabotegravir plus rilpivirine, given with or without an oral lead-in, "was found to be a well-tolerated, safe and effective maintenance regimen," the researchers concluded. They added that switching directly to the injectables "was comparable in terms of safety and tolerability" to treatment with an oral lead-in.

Professor Susan Swindells of the University of Nebraska Medical Center presented follow-up results from the ATLAS trial, which evaluated the injectable regimen in people who switched from a standard oral antiretroviral combination with an undetectable viral load.

ATLAS included 616 treatment-experienced patients taking a variety of oral regimens. A third were women, two-thirds were White, about a quarter were Black, the median age was 42 years and the median CD4 count was about 650 cells/mm3.

The participants were randomly assigned to either stay on their current oral regimen or switch to injectable cabotegravir and rilpivirine administered once monthly after a four-week oral lead-in.

"The rationale for the oral lead-in was to ensure that the medications are well tolerated, since the long-acting injectables cannot be removed if they cause problems."

Swindells presented 48-week results at last year's CROI, at which time 92.5% of those who switched to the injectables and 95.5% of those who stayed on their oral regimen had undetectable viral load.

At that point, those originally assigned to stay on their existing regimen could opt to switch to monthly injectable cabotegravir and rilpivirine, again after an oral lead-in. Another option was to transition to the ATLAS-2M study, which evaluated the injectable regimen administered every two months. Most participants ultimately moved over to ATLAS-2M, leaving 52 people in the 96-week analysis of the monthly regimen.

At 96 weeks, 100% of the remaining 23 people who switched to the monthly injectable regimen at the outset of the study and 96.6% of the 29 people who switched at week 52 still had HIV RNA below 50 copies/ml. Only one person in the latter group (3.2%) had virologic non-response.

Again, treatment was well tolerated. No one who switched to the injectables at the outset experienced new drug-related adverse events between weeks 52 and 96. Four people who switched at week 52 had severe side effects (three injection site reactions and one case of elevated lipase). Among the later switchers, about 19% had injection site reactions. These were usually mild, but one person withdrew for this reason.

Participants continued to report a high level of satisfaction with the injectable regimen, as they did in the 48-week analysis. Everyone who switched at week 52 said they preferred the injectables to their prior oral regimen.

Other presentations at the Glasgow meeting described results from additional analyses of these two studies and ATLAS-2M.

At this year's CROI, researchers presented data from ATLAS-2M, showing that administering injectable cabotegravir and rilpivirine every two months suppressed viral load as well as once-monthly injections. At 48 weeks, 93.5% of those on the monthly regimen and 94.3% of those taking it every other month continued to have undetectable viral load.

At the Glasgow meeting, Dr Vasiliki Chounta of ViiV Healthcare reported results from an indirect analysis showing comparable efficacy and safety among people who received the injectables every two months and those taking standard-of-care oral regimens in ATLAS, ATLAS-2M and FLAIR.

About a quarter of participants in ATLAS-2M were women. A subgroup analysis of the 143 women who received the injectables once monthly and the 137 women who did so every other month found that efficacy, safety and satisfaction were similar to these outcomes among men.

Four variables were associated with virologic failure: rilpivirine resistance mutations at baseline, HIV subtype A6/A1 (most often seen in Russia), body mass index (which can affect rilpivirine levels in the body) and rilpivirine concentration at week 8. Female sex and receiving injections every eight rather than every four weeks were not risk factors.

No single factor was found to predict treatment failure, but among people with two or more factors, the virologic failure rate rose to 26%. However, the number of participants with more than one risk factor was small, and the efficacy of injectable cabotegravir and rilpivirine remained high overall.

Orkin C et al. Initiation of long-acting cabotegravir plus rilpivirine as direct-to-injection or with an oral lead-in in adults with HIV-1 infection: week 124 results of the open-label phase 3 FLAIR study. The Lancet HIV, 8: e668-e678, November 2021.