PrEP providers and communicators should stop talking about ‘risk’ 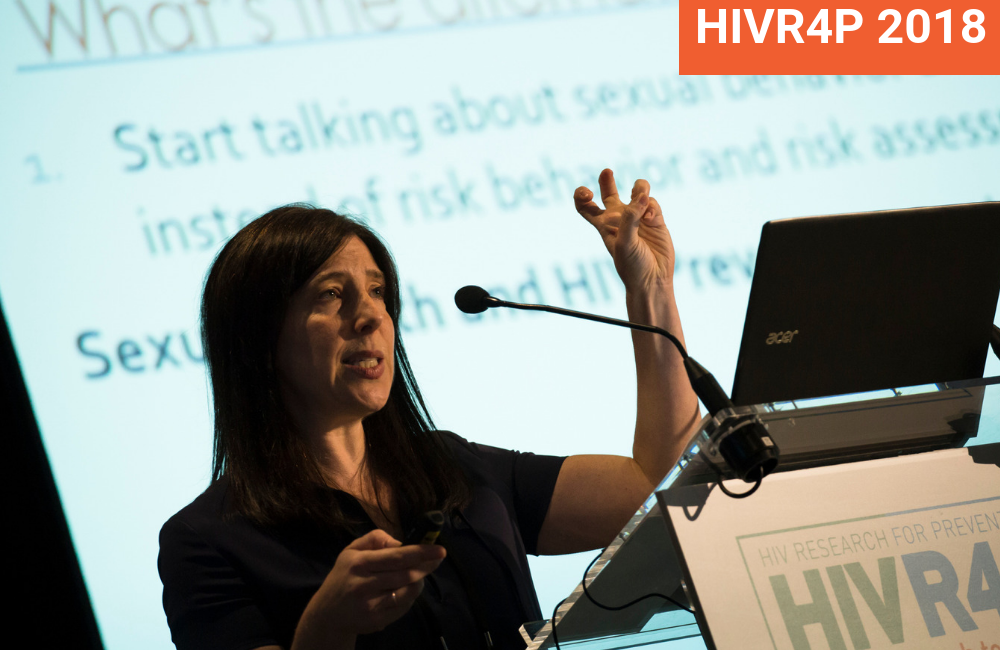 It’s unhelpful to frame the use of pre-exposure prophylaxis (PrEP) in terms of ‘risky behaviour’, Sarit Golub, professor of psychology at the City University of New York told the HIV Research for Prevention conference (HIVR4P 2018) in Madrid last week. Healthcare providers and those developing materials to educate on PrEP should focus on reasons why people might want to take PrEP other than because they are ‘high risk’, she argued.

It’s very common for PrEP programmes to use – or to try to develop – risk assessment tools. They promise an objective means of identifying the individuals who are most likely to benefit from PrEP. But they are not helpful during conversations with potential PrEP users, she said.

The information gathered may not be accurate, due to less than perfect relationships between clinicians and their patients. Significant numbers of American gay and bisexual men say that they are not comfortable talking to their primary care provider about their sexual behaviour. Black men are particularly likely to report that interactions with providers are ‘scripted’ in ways that don’t allow full disclosure.

The questions are confusing for people, she said. They tend to focus on numbers – how many partners have you had in the past six months, how many times did you have condomless receptive sex, and so on. This communicates to people that the quantity is the most important factor, whereas it’s clear for example that black gay men’s elevated risk for HIV acquisition is not due to having more sexual partners. Questions about how many partners were HIV positive reinforce the idea that it is easy to know a person’s HIV status.

“There’s a huge data disconnect in risk assessment,” she said. While having validity across a population, the tools are quite poor at accurately predicting an individual’s risk of acquiring HIV. She gave the example of a study of young black men who have sex with men in Chicago, which found that men who acquired HIV were no more likely to be eligible for PrEP – in three different guidelines – than men who did not seroconvert.

Moreover, while it might be true that some individuals who perceive themselves to be at risk of HIV are interested in PrEP, Golub said that a person’s perception of being at risk is rarely an intervenable factor. It’s probably not feasible to change it with the end goal of making them more interested in PrEP.

Moreover, the language is stigmatising and alienating. “People do not ‘engage in risk behaviour’, we ‘have sex’,” she said.

She argued that stigmatising diseases and behaviours is unlikely to be helpful – it discourages people from acknowledging their association with them. One study found that in young South African women, there were no differences in the risk perception of women who later became HIV positive and those who remained HIV negative. However, women who expressed stigmatising beliefs about HIV were more likely to acquire HIV.

One of Golub’s own studies found that in American gay men, anticipated HIV stigma (fear of the negative social and psychological consequences of acquiring HIV) did not work as a motivating factor for men to take PrEP. In fact, men who declined an offer of PrEP had higher levels of anticipated HIV stigma than men who accepted the offer.

Sarit Golub argued that the public discussions about ‘risk compensation’ and ‘behavioural disinhibition’ were particularly damaging. Healthcare providers who have concerns about PrEP being associated with more condomless sex and increases in sexually transmitted infections (STIs) are less willing to prescribe PrEP than other clinicians. Some doctors are less willing to prescribe PrEP to people who disclose non-condom use than people who have less objective need for PrEP.

Moreover, it would be irrational to withhold this highly effective HIV prevention tool in order to better control bacterial STIs. As that is not a serious policy proposition, she asked why is the conversation about PrEP being framed in terms of risk compensation?

“I believe that much of the risk compensation argument is an attempt to reassert control over sexual expression, by substituting fear of STI epidemics in place of fear of HIV,” she said. “PrEP allows us to control HIV without controlling sex and that makes some people panic.”

Instead of conducting risk assessments, Golub said that healthcare providers should ask patients about their own goals. She suggested three questions:

And she said that providers should focus on the reasons why people might want to take PrEP other than because they are ‘high risk’. These including reducing anxiety, taking control over their own sexual health, increasing sexual satisfaction and intimacy, staying safe and healthy, and having a better future.