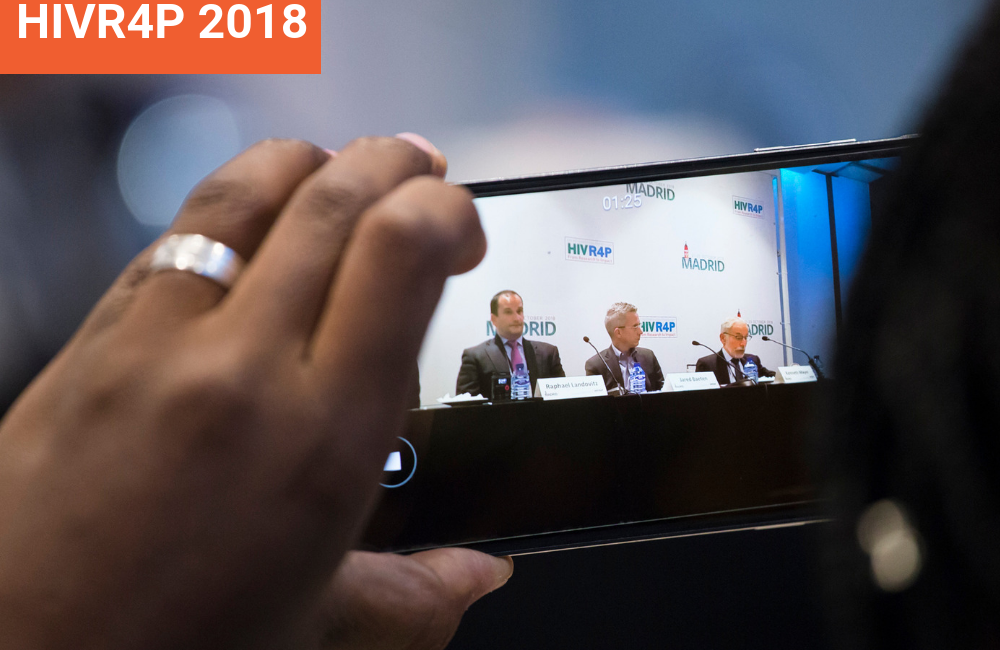 The Fenway clinic in Boston, Massachusetts, one of the first to institute a large pre-exposure prophylaxis (PrEP) programme in the USA, has seen a reduction in HIV incidence of 90% in patients who had PrEP prescriptions at the time they were diagnosed, the HIV Research for Prevention conference (HIVR4P 2018) heard today.

The conference also heard, in a synthesis of results from PrEP trials and demo projects worldwide, that HIV incidence of people offered PrEP, averaged across all trials, was below 1% a year – less than one-third of the World Health Organization’s recommended ‘background incidence’ for PrEP to be indicated for a population, and probably indicating population-level effectiveness in trials of at least two-thirds.

The Fenway is a community health centre with a special focus on sexual and gender minorities. Its director Dr Ken Mayer told the conference that while randomised controlled trials proved comprehensively that PrEP worked, more surveillance studies were needed to show what actually happens to HIV infections when PrEP is offered to a clinic population.

The study cohort was everyone who had attended the clinic between the start of 2012 and the end of 2017, and who had had at least two HIV tests (to show they were initially HIV negative) during that time. People who received a prescription for PrEP at any time during that period were defined as “PrEP users”, even if they only took it for three months.

During this time 16,128 patients were tested for HIV more than once. Just over 60% were white with reasonably equal proportions of the others being Asian, Hispanic or African American. Fifteen per cent were known to be female though in 24% of clinic users, gender was not recorded.

Of the 17 PrEP users who became infected with HIV (all gay/bi men), nine (53%) had a bacterial STI infection at the same time and one had acute hepatitis C. Seven admitted to chemsex, and four had HIV with some degree of drug resistance including one with tenofovir resistance (K65R).

However, 12 of the 17 PrEP recipients did not in fact have a PrEP prescription at the time they were infected, having discontinued it at least a month before. Of these 12, four said they discontinued because of difficulty with adherence/scheduling, four had insurance problems, three said they felt at low risk and one said he stopped because of PrEP stigma.

So the infection rate among the current PrEP users was 0.13% – indicating an effectiveness of 90%.

Of these five, three almost certainly had acute HIV infection at the time they started PrEP with one being found to have a positive HIV RNA test on the day it was started. A fourth admitted to having taken a month’s break from PrEP at the time they were infected.

The fifth said he “only missed a day now and then” of PrEP, and could possibly be a true PrEP failure. He caught primary syphilis at the same time as HIV and had HIV resistant to emtricitabine, which might possibly indicate a breakthrough infection. This would equate to a population-level effectiveness of 98%.

However, no drug levels measurements were taken from this patient, his pharmacy record suggested some lapses in adherence and he admitted to not always taking his PrEP with him on business trips, so this case cannot be counted among the handful of cases of documented PrEP failure.

In another study, Jared Baeten of the University of Washington in Seattle presented a synthesis of PrEP effectiveness derived from 46 separate PrEP studies and rollout programmes containing 10,609 people.

Three-quarters of participants were men and 20% women, while 74 people (0.7%) were recorded as transgender though there was some data missing. A quarter were aged under 25.

Of these, 62% had PrEP prescribed for six months or more, and these were the people used in the analysis, to rule out people who took very little or no PrEP.

The 64 infections equate to an annual HIV incidence of 0.64%. The figure for men was the same (0.64%), though slightly higher in North American men (0.81%). Incidence in women was 0.81%, but the apparent difference between men and women was not statistically significant. Incidence in African women was 1.42% and this difference did just reach statistical significance. There was only one infection in a transgender person.

What the infection rate would have been otherwise cannot be directly calculated, as studies used a variety of estimates of background incidence. But the World Health Organization recommends in its global guidelines that PrEP should be offered to populations with background incidence of over 3%. The randomised controlled studies of PrEP all recorded incidences in their placebo arms of more than 3% apart from Partners PrEP, where it was 2%, and the Bangkok Tenofovir study, where it was 0.7%. Baeten commented that the number of HIV infections seen was probably about a third of what would otherwise have been expected.

Forty-nine PrEP recipients who were infected with HIV had tenofovir levels measured. Of these, only three had levels consistent with even two or more pills a week, and only one had levels consistent with effective adherence. This was the Amsterdam case reported here. Resistance tests were performed in 49 cases of infection: eleven people (17%) had emtricitabine resistance and only one had tenofovir resistance.

Once again, a study has found no association between the use of tenofovir and the likelihood of contracting SARS-CoV-2, the coronavirus that causes COVID-19, according to a presentation last week at the International AIDS Society Conference on HIV Science (IAS 2021).
POZ
28 Jul 21
Injectable & long-acting PrEP

It will be a little while before Merck finds out how well its long-acting HIV drug prevents infection, but in the meantime, the company is revealing phase 2 data—and they’re promising.
FierceBiotech
21 Jul 21
PrEP science