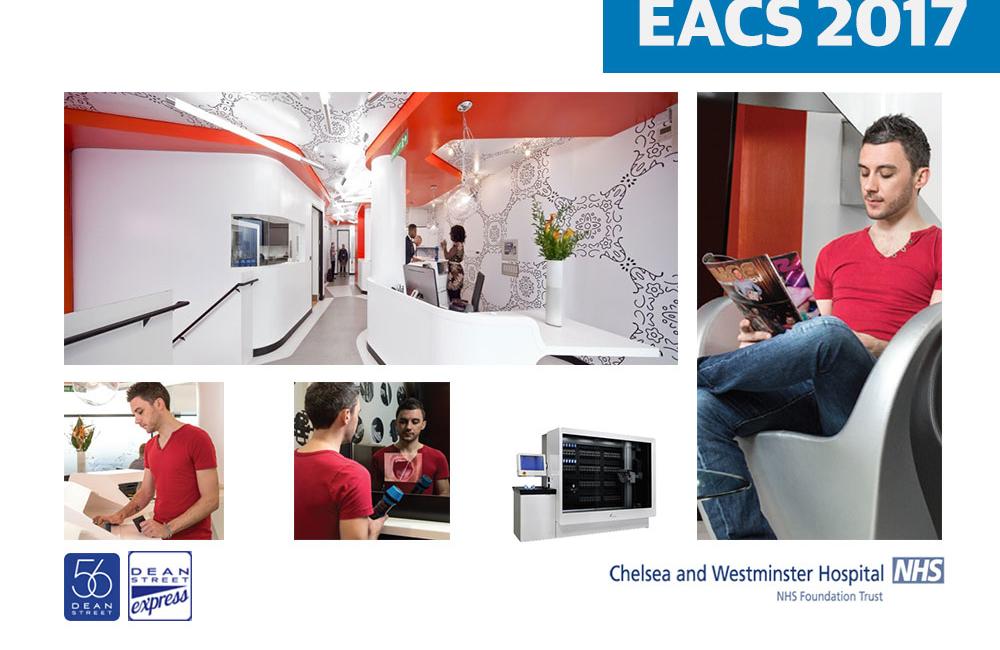 Scaling up HIV testing to reduce undiagnosed HIV infection requires a fundamental re-ordering of HIV testing services to make them more attractive to people at risk, and doing so can bring about enormous changes in HIV incidence and treatment uptake, delegates heard on the opening day of the 16th European AIDS Conference (EACS 2017) in Milan.

Over the past three years, one clinic in London has seen recent HIV infections among gay and bisexual men using its services fall by around 90%. The experience of the 56 Dean Street clinic, in the heart of London’s West End, illustrates how services may need to change to improve rates of HIV diagnosis, increase the numbers of people on treatment and reduce new HIV infections among key populations, especially men who have sex with men.

Similar services are also emerging in other European cities, notably the Checkpoint clinic in Barcelona that is now being replicated in Portugal and Italy, but the London data are the first evidence that services offering new models of high throughput, community-based care that incorporate HIV treatment and pre-exposure prophylaxis (PrEP) can have a transformational effect on a city’s epidemic.

Dr Emma Devitt of Chelsea and Westminster Hospital, London, explained how the service developed, and its impact, in a special round table session on HIV testing and PrEP. Her presentation showed that although the 56 Dean Street clinic was first, everything done at the clinic could be put into practice in other cities – provided that PrEP can be offered and clinicians can build partnerships and trust with key populations such as men who have sex with men.

The clinic opened in 2009 with a focus on reducing undiagnosed HIV infection. The clinic offers sexual health, HIV and hepatitis diagnosis and treatment services, as well as specialist services for at-risk populations including sex workers and the trans community, and has developed a PrEP monitoring service and a chemsex clinic as the needs have emerged among men who have sex with men.

Dean Street Express is a largely automated clinic designed to improve screening for asymptomatic sexually transmitted infections (STIs). Touch-screen questionnaires determine what tests are needed. Service users then go into a booth to carry out self-sampling tests for HIV and STIs (a video in the booth explains how to do the self-sampling).

Samples are processed using the Cepheid Gene Xpert platform which can handle 900 samples per day. Results are sent to the service user within hours by text message; if treatment is needed the text includes a link to make an immediate appointment. On average, results are delivered within four hours and the time from testing to treatment has fallen from just under ten days to two days.

But the number of new HIV diagnoses has fallen from 60-70 a month at the end of 2015 to ten in September – and so far, in October, just three people have been diagnosed with HIV.

What is the reason for this dramatic fall, which is also being seen at other large clinics in London that have adopted elements of the Dean Street model? Considering the change in diagnoses on a quarterly basis, the decline first became evident within months of introducing rapid treatment initiation for seroconverters, accelerated after the results of the PROUD study promoted community activism to obtain generic drugs for PrEP and fell even more sharply after the clinic introduced a standard offer of antiretroviral treatment within 48 hours of HIV diagnosis.

Dean Street clinicians say that the decline in new diagnoses is most likely due to the range of things that the clinic does. For example, the high rate of STI diagnosis means that for every two bacterial STIs diagnosed, a further person is spared exposure. STIs are treated eight days faster, reducing potential onward transmission and reducing the likelihood that STIs can contribute to HIV transmission.

Frequent HIV testing, early diagnosis and rapid treatment initiation are enormously important. So too is the clinic’s central role in pioneering support for PrEP use in men who have sex with men, by offering monitoring to people who are using generic PrEP. As well as ensuring that PrEP is used safely, the service also encourages more frequent testing for HIV and STIs.

A letter published this week in Sexually Transmitted Infections by clinicians from 56 Dean Street shows that a spot sample of HIV-negative men who have sex with men attending 56 Dean Street for asymptomatic STI screening in April 2017 found that 15% of those potentially eligible for PrEP were already using it. So, generic PrEP use has been a contributory factor, but certainly it is not sufficient on its own to account for the large reduction in HIV diagnoses.

Recent research by Public Health England (presented earlier this year at the British HIV Association conference) shows that at the London clinics which have seen sharp falls in HIV diagnoses in 2016 the number of men with HIV with detectable viral load as a proportion of the population of men at high risk (those diagnosed with an STI in the previous year) is markedly lower than at other clinics in England. In other words, fewer men have the potential to pass on HIV in these clinic populations.

Other intangible factors are also important to the clinic’s success. As well as becoming well known as a gay-friendly clinic that is very responsive to user needs – for example, by providing non-judgemental services to support chemsex use – 56 Dean Street has not been afraid to talk clearly about PrEP use, the importance of sexual pleasure and intimacy.

“Viral undetectability is an urgently desired status and doctors should use that as a motivation for treatment,” said Gus Cairns of NAM aidsmap in a panel discussion following the presentation.

Other models of community-based clinics will be needed to expand rapid access to treatment and PrEP in Eastern Europe, panellists agreed. Integrated treatment and PrEP services also need to alter their models to attract more young people and other key populations by thinking about how they want clinical services to work.

Jean-Michel Molina, who received the EACS award for Excellence in HIV Medicine for his work on the Ipergay trial of on-demand PrEP, said “We are not doing enough to enrol young MSM [men who have sex with men], migrants from high-burden countries and trans [on PrEP].”

A study presented at IDWeek shows that improving the current HIV care continuum would add years to the lifespan of Black MSM who acquire HIV, and that starts with addressing structural disparities.
TheBodyPro
24 Oct 22
Improving HIV care

A Journal of the International AIDS Society report, written by WHO technical experts, details 2022 guidelines on the trans community as part of its directives on HIV, viral hepatitis, and other STIs.
Pink News
19 Oct 22
Quality of life

For the first time since its inception in 2010, the National HIV/AIDS Strategy Implementation Plan 2022-2025 formally recognizes that quality of life indicators — including mental health, stable housing, socioeconomic challenges, and food security — are as important to HIV outcomes as viral loads and CD4+ cell counts.
Medscape (requires free registration)
6 Oct 22
Retention & linkage to care