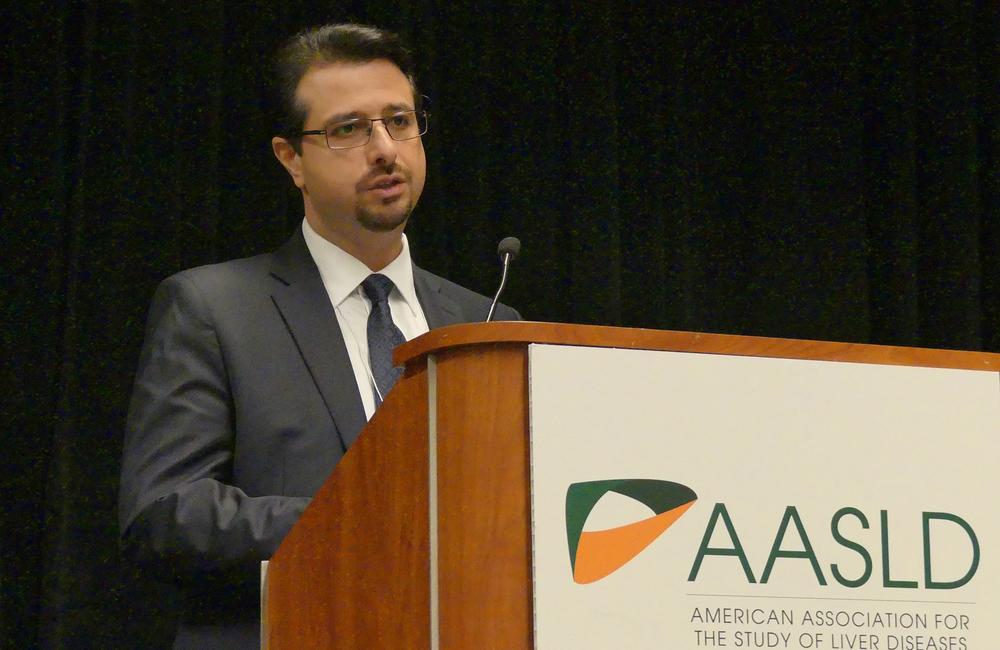 Getting tested for hepatitis C virus (HCV) was associated with reduced drug use, especially among those who tested positive, but even people who tested negative saw some reduction, according to study results presented at the 2017 AASLD Liver Meeting this week in Washington, DC.

"The simple act of testing can have an important effect on risk behaviour," Hooman Farhang Zangneh of Toronto General Hospital said at an AASLD press briefing.

HCV is readily transmitted through shared needles and people who inject drugs have high rates of HCV incidence (new infections) and prevalence (total existing infections). HCV prevention and treatment for current and former drug users was a key theme at the conference, especially in the context of growing opioid epidemics in North America and elsewhere.

People who inject drugs make up a large proportion of those living with hepatitis C – and of those who will need to be treated in order to eliminate HCV as a public health threat. However, many of these individuals have not been tested and do not know their HCV status. Addiction treatment programmes, such as those that provide opioid substitution therapy (OST) using methadone or buprenorphine, offer a potential entry point into hepatitis C care.

Zangneh and colleagues performed a retrospective analysis to assess the effect of HCV diagnosis on substance use behaviour, using electronic health records from a network of 47 addiction treatment clinics in Ontario from 2007 through 2013. Ontario has more than 50,000 people receiving OST, with an HCV prevalence approaching 65% among opioid injectors, Zangneh noted as background.

The researchers identified 2406 individuals who were screened for HCV infection during the study period and had available urine test results to monitor drug use. Just over 60% were men and the average age was about 40 years. About 85% resided in cities and about 15% in rural areas. Among the screened participants, 527 (22%) tested positive for HCV antibodies.

Zangneh's team looked at the proportion of urine samples testing positive for drug use in the year after HCV testing compared with the year prior to testing. Study participants diagnosed with HCV had a statistically significant 8.1% reduction in urine samples showing non-prescription opioid use. Those found to be HCV-negative had a smaller but still significant 6.7% decrease.

After adjusting for other factors in a multivariate analysis, people who tested HCV positive were 33% more likely to lower their use of non-prescription opioids, as compared with those who tested HCV negative. People diagnosed with HCV were also about 50% more likely to decrease their use of benzodiazepines and cocaine. Reducing use of these non-injected drugs might help improve retention in OST programmes, Zangneh suggested.

"Patients diagnosed with HCV reduced their non-prescription drug use, including benzodiazepines and cocaine, in the year following diagnosis," the researchers concluded. "This highlights the importance of screening individuals in OST for HCV, as this alone may have a positive impact on their drug use activity."

Widespread testing of people who inject drugs "may reduce health consequences for the individual and reduce transmission in the community," Zangneh told reporters. He suggested that further research should be done to see if the effect of testing on drug use behaviour extends to other infectious diseases.