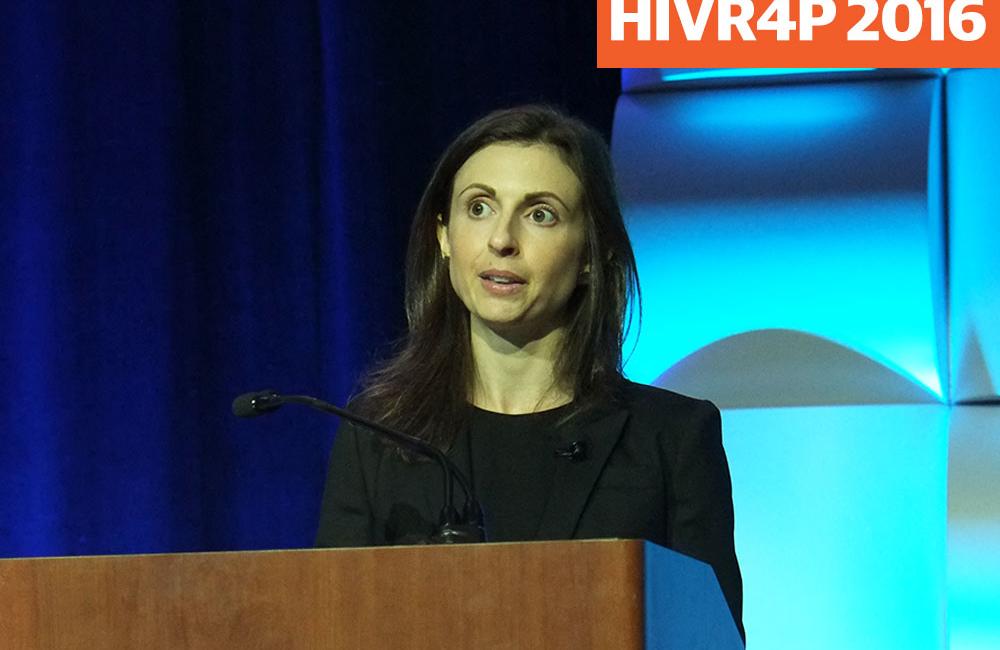 The personal values and moral judgements of healthcare providers are likely to interfere with the appropriate provision of pre-exposure prophylaxis (PrEP), Sarah Calabrese of Yale University told the HIV Research for Prevention conference (HIVR4P) in Chicago last week. When medical students were given hypothetical scenarios of gay men seeking PrEP, they were less willing to provide it to men who were not monogamous and to men who acknowledged not using condoms. Men at a lower risk of acquiring HIV had a greater chance of getting PrEP.

“It is critical that PrEP access be governed by science and not by personal values,” Calabrese said.

Today’s medical students are tomorrow’s healthcare providers, she argued. Nonetheless, a limitation of the study is that it enrolled students before their training is complete and before they gain clinical experience.

Recruited online, 111 students at two medical schools in the north east of the US completed a brief survey. They were given background information on the evidence for PrEP, its approval by the US Food and Drug Administration and some arguments for and against it. The key question was, “Please rate how likely you are to prescribe to the patient described based on the information given.”

“This pattern is paradoxical to patient risk,” Calabrese commented. “The patient who is at lowest risk is the one who is going to sustain his condom use, but he is the person who has the best access to PrEP.” This is likely to penalise patients who are honest.

The differences, both between different approaches to condom use and between monogamous and non-monogamous men, were statistically significant.

The survey also asked about which reasons for discontinuing condom use were considered acceptable by the medical students. Just 13% thought it acceptable to stop using condoms to improve sexual functioning, 14% to increase pleasure and 23% to enhance intimacy or emotional connection.

However, 69% felt that discontinuing condom use for the purposes of conception would be acceptable. This suggests heterosexism, Calabrese argued. She also noted that in objectively considering the risk of acquiring HIV, the reason why a person does not use condoms is irrelevant.

This was one of several presentations which highlighted inequalities in access to PrEP in the United States. In a plenary, Noël Gordon of the Human Rights Campaign reminded delegates that white people make up 27% of new HIV diagnoses but 74% of PrEP users. There are also inequalities in terms of age and gender.

Dawn Smith of the Centers for Disease Control and Prevention (CDC) said that she had asked health departments across the United States what they were doing to support the implementation of PrEP. While the south of the country has the highest rate of HIV diagnoses, there was much less PrEP activity there than in the west, where the needs are not as great.

And studies from San Francisco – the city at the forefront of PrEP roll-out – show that women and black gay men remain less likely to be aware of PrEP and to receive it. (See separate report). Some services are better at engaging minority populations than others, but not all are doing enough to engage their clients on this issue.

Dominika Seidman of the University of California said that family planning clinics have been identified as logical and acceptable locations to reach women. Her survey at five family planning clinics for underserved populations in San Francisco showed that at least 7% of patients would be eligible for PrEP under CDC guidelines, but that less than one in five of these women knew what PrEP was. Their lack of knowledge probably reflects a low awareness of PrEP among family planning providers.

Noël Gordon said that when biomedical prevention has reached people who need it, it has given them a sense of ownership over their sexual health. “However some communities are still not benefitting from these tools because their concerns continue to go unaddressed.”

He gave as examples black communities’ mistrust in the medical system and trans communities’ concerns about healthcare provider bias, drug interactions with hormones and PrEP adherence in a context of violence and harassment. Meaningful engagement around these issues is needed, he said.

Douglas Krakower of Fenway Health in Boston presented an analysis of people who have stopped taking PrEP. Fenway is a gay-friendly provider working with an underserved population and is the largest provider of PrEP in New England. Between 2011 and 2014, 663 patients began PrEP. Krakower reviewed medical records up to the end of 2015 to see who had stopped PrEP and why.

Sixteen per cent of patients had stopped PrEP because they felt they were at lower risk of HIV or for another reason relating to personal choice.

However, 25% had an ‘unplanned discontinuation’ – most often this was related to insurance or financial barriers. In other cases, the patient had stopped adhering to the medication, had missed clinic visits or had dropped out of care. Younger people, individuals with mental health disorders, and people with public (rather than private) insurance were more likely to stop taking PrEP in this way.

Krakower said that four patients were diagnosed with HIV after an unplanned discontinuation – two had had gaps in their insurance, one had mental health challenges, and one had stopped due to stigma associated with taking PrEP.

The study suggests that support is needed to help people avoid dropping out of PrEP – including mental health support; adherence support; flexible models of care delivery; health systems navigators and patient assistance programmes to help with insurance and financial challenges.