Why is injecting equipment re-used? Drug users do their own research to find out 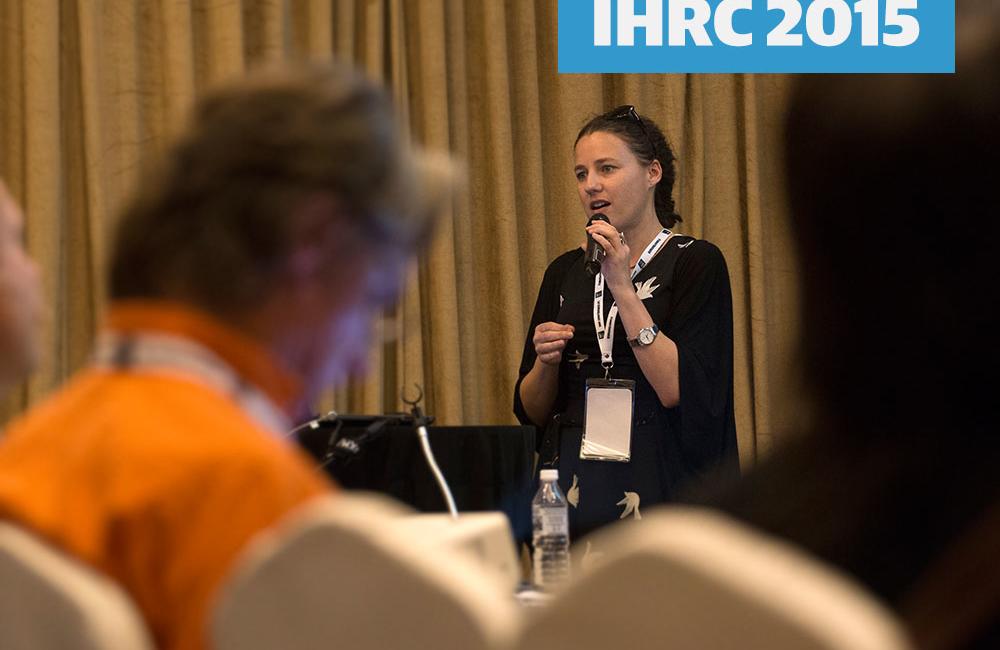 Even in the context of the relatively good access to harm reduction services in Australia, the principle reasons for people who inject drugs to re-use syringes relate to the convenience of services, the stigma of drug use, a fear of repercussions and other contextual factors. No participant reported sharing equipment as a choice – if sterile equipment had been readily available at the time they needed it, they would have preferred to use it.

Dr Angella Duvnjak of the Australian Injecting and Illicit Drug Users League (AIVL) presented these findings to the 24th International Harm Reduction Conference in Kuala Lumpur, Malaysia this week. (They have also been published in a recent report). A unique aspect of the study is that it was planned, conducted and analysed by peers of those being researched (current or former injecting drug users). As the research is both peer-led and qualitative, it can add the voice of drug users to the question of why re-use of injecting equipment occurs.

Australian surveys consistently suggest that around one in six people who inject drugs have used a syringe that another person has used (often referred to as ‘sharing’ equipment). Sexual partners are especially likely to re-use each other’s equipment.

To better understand why, the peer researchers recruited 50 people who inject drugs to take part in focus groups in four Australian cities in 2014. Different groups were held with people who inject heroin, methadone, amphetamines and steroids, as well as a group of people who had injected in prison. The groups included people who lived in rural areas and travelled to the city.

Although Australia has, compared with many countries, an extensive network of needle and syringe exchanges, there remained barriers to access. The locations and opening hours of exchanges didn’t consistently meet people’s needs. The lack of coverage at weekends and over public holidays meant that equipment was more likely to be re-used then.

Opening times could be unclear or could change without notice, although many people had to travel a considerable distance to go to a needle and syringe exchange.

“Say the place is shut, doesn’t open ‘til 12.30pm on Wednesday or whatever it is, we don’t have a vending machine, or whatever. So I mean I’ll reuse my own.”

There were variations between services in relation to the specific types of equipment that were stocked and how much could be taken at one time. These restrictions were felt to be counter-productive:

“With that Civic one, like, they tell you are only allowed six a day, but some days I have more, might have eight or nine shots a day…..they’re telling me how many shots I can have a day and that doesn’t work out.”

“Why do I have to go in every day to satisfy them? Why would I ask for more than six if I don’t need them?”

When a variety of services were available, this helped prevent incidents of re-use. Vending machines and pharmacies were important back-ups, especially at night or the weekend. Nonetheless both had limitations, with the number of locations being more limited than participants would like. Some vending machines had a reputation for breaking down.

Some participants spoke of a fear of being discovered or exposed as a person who injects drugs. People who had previously been imprisoned were especially likely to be concerned about this, which discouraged them from carrying or stockpiling injecting equipment.

“I’d rather use my fit [needle] at home than go to the city market chemist (where they call security) and buy a pack. I would rather use a dirty fit at home.”

Participants feared the consequences of ‘the authorities’ discovering that they use drugs. Women with children, people receiving opioid substitution therapy and aboriginal participants were especially worried.

“It’s not the look that fears me, it’s the fact that they then can talk to somebody and that’s my methadone cut off and if I don’t have my methadone, I can’t be a mother. I can’t go to school. My ex-husband will get my kids and just this cascade of other shit that I don’t want to have to deal with.”

Stigma was a major aspect of people’s stories of re-using equipment. For example staff at pharmacies could make people feel uncomfortable:

“Some won’t touch your hand to take your money off you or anything like that.”

Stigma operated in a different way for those who injected performance and image enhancing drugs. They were often reluctant to use needle and syringe exchanges that they felt were aimed at people they didn’t want to identify with.

Other people who inject drugs were an important source of equipment. Friends often picked up equipment for each other, some dealers would supply equipment and some drug users were simply known to be helpful:

“All the drug users knew that they could knock on his door and get a fit [needle] after hours. He gave out a lot of fits.”

In talking about whether or not to share equipment, participants talked about a range of possible harms. This included the transmission of blood-borne viruses, but also drug withdrawal, in other words the symptoms associated with abrupt discontinuation of drugs.

“If I’m hanging out bad, I can’t drive. So literally, I can’t drive without drugs in my system. … I’m a hazard on the road. … And it’s got to the point where I’ve gone, “Well, I can’t get there.” It’s either have an accident and not get there, or, so sometimes I’ve, yeah, got to [re-use or share injecting equipment].”

Re-using was not something that was treated as inconsequential, but something that everyone needed to do from time to time. If it came down to a choice between having drugs (but re-using equipment) and not having them, participants might bend their own rules.

Most of the participants were very strict and clear about who they would share injecting equipment with, with a sexual partner often being the only person. When partners’ hepatitis C status was known, this could be taken into account:

Participants reported being asked to lend their used equipment to others. A decision to do so was not taken lightly. One factor which sometimes convinced participants to do so was seeing the other person in withdrawal, desperate for a fix. The researchers say this reflects the empathy and social obligations people dependent on opiates feel towards others in their community.

“Well, I did tell him that I had hep C, and he still didn’t care. Well, like I said, he was literally spewing and shitting on himself. He was a sick man, yep.”

The Australian Injecting and Illicit Drug Users League makes a number of recommendations for improving harm reduction services – outreach activities, extended opening hours, more peer-based services, needle and syringe programmes in prisons, no limits on the quantities of equipment that can be taken, and workforce development for staff.

Duvnjak A et al. No one likes using the dirties: A study into the re-use of injecting equipment in Australia. Canberra: Australian Injecting and Illicit Drug Users League, 2015.