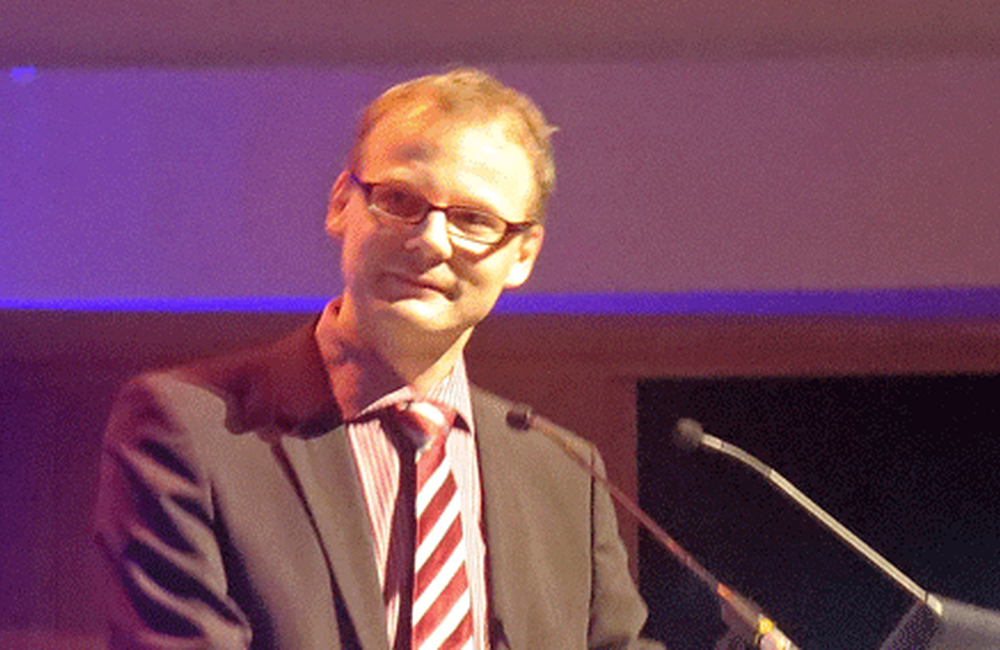 The advent of direct-acting antiviral agents can rightly be described as a revolution in treatment for chronic hepatitis C, but potential challenges remain – including drug interactions and cost, Heiner Wedemeyer told participants during a Thursday plenary session at the 14th European AIDS Conference in Brussels.

Chronic hepatitis C has traditionally been difficult to treat. Until recently the standard of care was dual therapy with pegylated interferon (Pegasys or PegIntron) and ribavirin, which lasts up to a year – perhaps even longer for people with HIV and hepatitis C virus (HCV) co-infection, has notorious side-effects, and offers only a modest cure rate, especially for people with unfavourable factors such as advanced liver fibrosis.

The development of direct-acting antivirals (DAAs) has been described by many as revolutionary. Looking at the dictionary definition of 'revolution', Wedemeyer, from Hannover Medical School, Germany, agreed that the new therapies offer "a radical and profound change in relationships and technological conditions", "a fundamental departure from any historic pattern" and "a challenge to the established order".

The first approved DAAs, the HCV protease inhibitors boceprevir (Victrelis) and telaprevir (Incivo or Incivek), must be used with pegylated interferon/ribavirin. Although they can shorten treatment duration and improve sustained virological response (SVR, considered a cure) rates, they add side-effects, regimen complexity and potential for drug-drug interactions.

Many next-generation HCV drugs now in the pipeline are better tolerated, more convenient and raise cure rates even further – often into the 90 to 100% range for people with favourable response predictors. As add-ons, they improve the efficacy of interferon-based therapy, but the real revolution will be all-oral, interferon-free regimens.

Not only will new treatments be more effective, Wedemeyer explained, but all-oral regimens will "dramatically increase" the number of treatable patients, many of whom cannot tolerate interferon. Ultimately "we should be able to treat almost all patients", and hopefully, if this becomes widely known, general practitioners will be more likely to screen for HCV and offer treatment, he said.

More effective therapies will not only raise the likelihood of sustained virological response, but studies have shown that SVR is associated with reduced risk of progression to advanced liver disease, liver cancer and mortality. New therapies "will not only cure HCV but will save lives", Wedemeyer emphasised.

Wedemeyer briefly ran through the history of development of hepatitis C DAAs, which over the past couple of years has led to publication of ground-breaking new findings every couple of months, starting with the first report of SVR with two DAAs (daclatasvir and asunaprevir) in the February 2012 New England Journal of Medicine. New therapies have increased treatment response rates for people with HIV/HCV co-infection as well as people with HCV mono-infection.

Wedemeyer showed a list of DAAs and how they interfere with different steps of the HCV lifecycle:

Is one class better than other? "Each class has good and bad drugs in terms of potency, resistance and side-effects, which makes things a little more complicated," Wedermeyer explained. The large number of trials and multiple regimens under study adds to the confusion.

As with antiretroviral therapy for HIV, interferon-free hepatitis C regimens will need to combine agents from different classes to provide adequate potency and prevent development of drug resistance.

Whilst several DAA combinations look very promising in phase 2 trials – and with some phase 3 data now being reported – challenges remain, Wedemeyer cautioned. These largely involve factors that lead to poorer response for certain groups of patients.

Sofosbuvir plus ribavirin for 12 weeks, for example, offers excellent SVR rates for previously treated patients with HCV genotype 2 and mild liver fibrosis, but this falls to just 19% for people with genotype 3 and cirrhosis. However, adding four more weeks of therapy boosts the latter cure rate to 61%. Sofosbuvir has also consistently shown better outcomes in women compared with men, he said, but "no one has explained to me why".

Summarising potential problems with the new DAAs, Wedemeyer suggested that pill burden is unlikely to be a major barrier as most of the leading candidates are once daily. Unlike boceprevir and telaprevir, newer DAAs are generally well tolerated and side-effects are "so far not a major issue". Resistance may be an issue in the short term, but in the long term probably not, he added.

Patients' IL28B status – which affects interferon responsiveness – "may still play a role" with weaker interferon-free DAA combinations, Wedemeyer predicted. Looking at viral factors, genotype 2 has proven easier to treat than genotype 3 and subtype 1b is easier than 1a.

Drug interactions could be a problem, especially for people with advanced fibrosis or cirrhosis. For this reason, Wedemeyer stressed, "we need drug-drug interaction studies not only in healthy volunteers but also in patients with advanced liver disease."

Finally, cost may prove to be a barrier and limit the number of people who have access to treatment. "I've never seen a new treatment that's cheaper than the previous one," Wedemeyer cautioned. "We have to advocate to be able to treat as many patients as possible."