Increases in viral load in both blood and semen were observed within two weeks of treatment interruption. Four weeks after stopping therapy, all participants had detectable virus in their semen. Viral load in semen peaked at approximately 16,000 copies/ml, high enough for transmission to sexual partners.

There is now overwhelming evidence that people with an undetectable viral load when taking cART cannot transmit HIV to their sexual partners. Undetectable = Untransmittable has been widely endorsed and is now an important component of HIV prevention strategies.

Continuous HIV therapy with high levels of adherence is needed to maintain sustained viral suppression. However, it is unclear how quickly and to what level viral load in the genital tract rebounds when cART is interrupted. This is an important question for people using HIV treatment as prevention. It also has implications for therapeutic and vaccine trials which typically involve interruption of cART.

The ten HIV-positive men were taking part in a randomised, placebo-controlled vaccine study (VR102/ANRS149-LIGHT). They were randomised to receive an active vaccine or placebo between baseline and week 24 of the study, then interrupted antiretroviral treatment at week 36. Participants were able to resume cART at week 48 (or before) if viral load rebound occurred. The original study's primary outcome was viral load in blood plasma at week 48, following the 12-week interruption.

Paired blood and semen samples were provided at week 36 (the time of the treatment interruption) and again at weeks 38, 40, 42, 44 and 48. These samples provided investigators with an opportunity to assess the timing and extent of viral rebound in both blood and semen after discontinuation of HIV therapy.

Participants' median was 42 years. They had been taking cART with viral suppression for a median duration of 44 months and had a median CD4 cell count of 768 cells/mm3. Four men received the experimental vaccine, the other six were randomised to take a placebo.

All participants had a blood plasma viral load below 20 copies/ml when cART was interrupted at week 36. Rebound occurred within two weeks of interruption in eight of the participants, and all men had detectable viral load in blood within eight weeks. Maximum viral load was over 125,000 copies/ml, comparable to peak levels before initiation of HIV therapy. 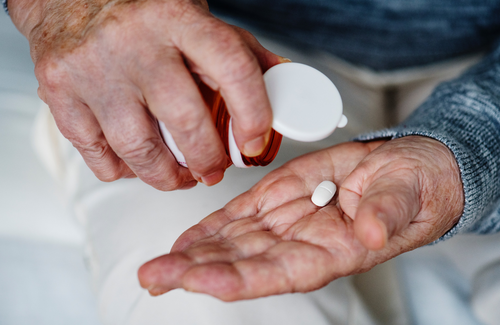 The findings have clear implications for the use of HIV treatment as prevention, showing that viral load can increase rapidly in semen to potentially infectious levels after interruption of cART. The investigators note that a transmission occurred from a study participant to his partner during the treatment interruption phase of the trial.

“The rapid and intense HIV-RNA rebound observed very early in both blood and semen after ATI emphasizes the need for targeted prevention strategies to reduce the risk of sexual transmission during all the trials involving treatment interruptions,” conclude the authors.