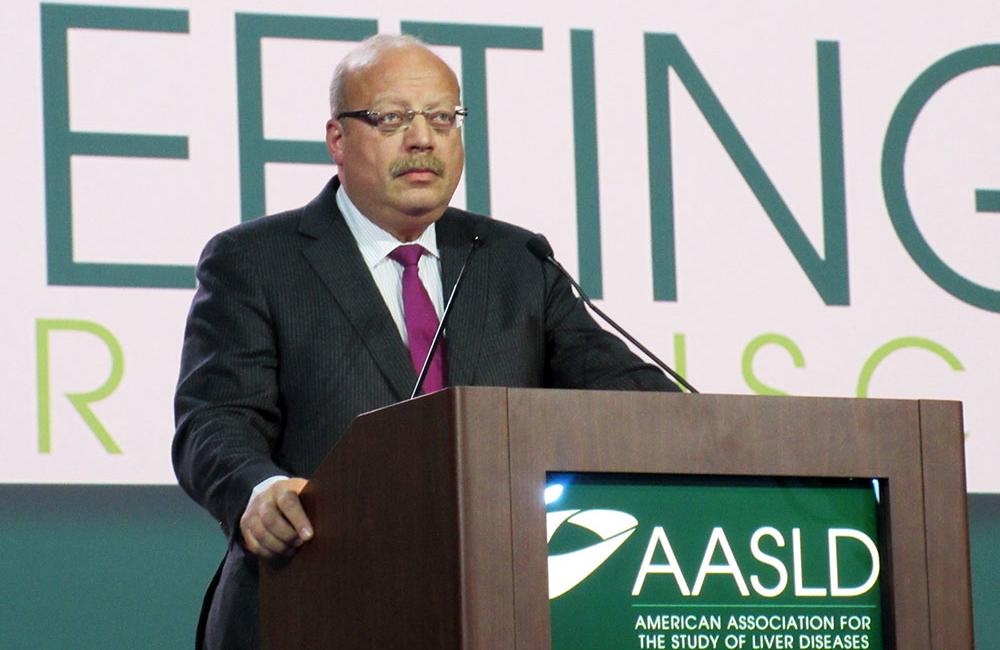 A regimen of sofosbuvir and the pan-genotypic HCV NS5A inhibitor ravidasvir, with or without ribavirin, demonstrated sustained response rates ranging from 86% to 100% in the largest phase 3 trial to date of interferon-free treatment for people with hepatitis C virus genotype 4, according to study findings presented on Monday at the 2015 AASLD Liver Meeting in San Francisco.

While interferon-free therapy using oral direct-acting antiviral agents has revolutionised treatment for chronic hepatitis C, there is room to optimise therapy for harder-to-treat patients. An ideal regimen would be pan-genotypic, meaning it is active against all types of HCV and could be routinely prescribed without the need for genotype testing.

HCV genotype 4 – which is predominant in the Middle East and parts of Africa – accounts for 15% of all chronic hepatitis C worldwide, the researchers noted as background. Egypt has one of the highest hepatitis C prevalence rates in the world, 90% of which is genotype 4. So far this genotype not been as extensively studied as genotype 1, which is the most common type in Europe and the US. Approved regimens include sofosbuvir/ledipasvir (Harvoni), paritaprevir/ritonavir/ombitasvir (Viekirax), and sofosbuvir plus ribavirin, but cure rates are lower than those for genotype 1.

This study enrolled 300 participants in Egypt. About 70% were men and the mean age was 48 years. Half were previously untreated and half had previously received interferon-based therapy. More than 40% had liver cirrhosis at baseline but no history of decompensation. People with hepatitis B virus or HIV co-infection were excluded. The study had a complex design that stratified participants by prior treatment and cirrhosis status:

The primary study endpoint was sustained virological response, or continued undetectable viral load at 12 weeks after completion of treatment (SVR12). At the time of data analysis 266 of the 300 participants had either reached the SVR12 time point or discontinued treatment prematurely. Four patients without cirrhosis and 30 patients with cirrhosis were still in the post-treatment waiting period.

There were no on-treatment viral breakthroughs and none of the participants without cirrhosis relapsed after finishing treatment. Among patients with cirrhosis there were six post-treatment relapses, including one person who discontinued due to an adverse event after only 8 weeks of treatment. Four of the relapsers were taking ribavirin. Half of the relapses occurred by week 4 and half by week 8 post-treatment. No one treated with the triple regimen for 16 weeks relapsed.

Treatment was generally safe and well-tolerated. There was one serious adverse event considered possibly related to study drugs, transient symptomatic bradycardia (slow heartbeat), which Esmat noted that this is a rare side-effect of sofosbuvir.

Asked why the study did not include a ribavirin-free arm for treatment-experienced cirrhotic patients, Esmat said the researchers had thought ribavirin would be necessary, but after seeing these results they want to study this. He was asked whether 8 weeks might be enough for easier-to-treat non-cirrhotic people and said this also deserves further study.