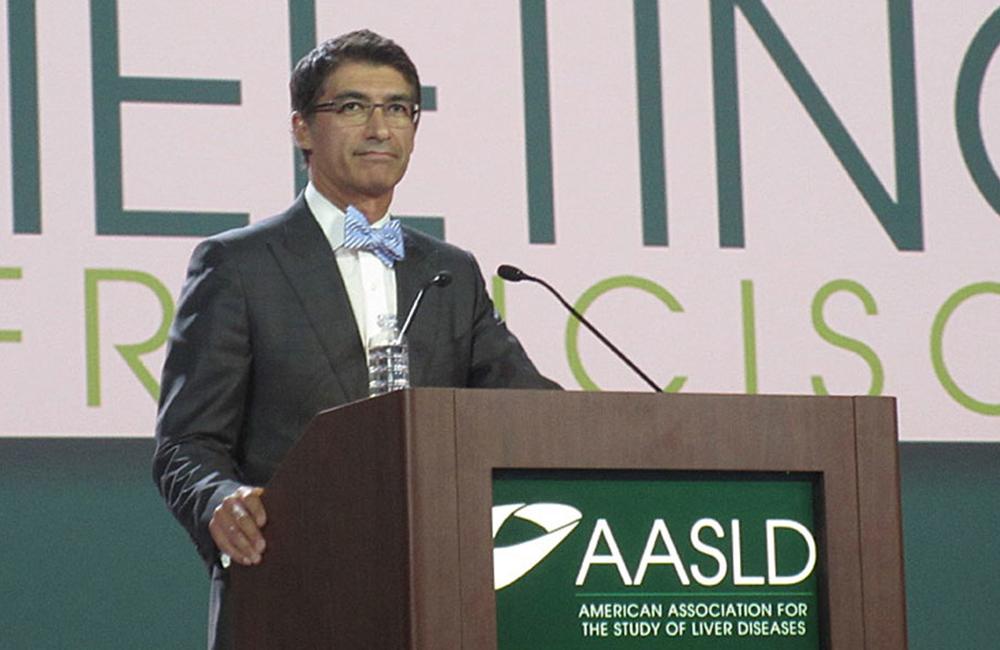 A combination of two experimental direct-acting antivirals developed by AbbVie cured 97 to 100% of non-cirrhotic people with genotype 1 hepatitis C infection in a mid-stage phase 2 study presented this week at the 2015 AASLD Liver Meeting in San Francisco.

The SURVEYOR-1 study assessed the effectiveness and safety of two experimental next-generation direct-acting antivirals. ABT-493 is an HCV NS3/4A protease inhibitor active against all genotypes of hepatitis C. ABT-530 is a NS5A inhibitor also active against all genotypes of HCV. Both agents are active against common variants that confer resistance to first-generation agents of their classes. ABT-493 is more potent against genotype 3 than other HCV protease inhibitors, including products being developed by Merck (grazoprevir) and Gilead (GS-9451), and ABT-530 has demonstrated higher potency than most other NS5A inhibitors across all genotypes.

The new experimental combination is not only active across all genotypes, but does not need ritonavir boosting to maintain adequate levels of its protease inhibitor component. This minimises the potential for drug-drug interactions, which are a concern with any ritonavir-containing treatment due to the agent’s interaction with a wide range of medications metabolised through the p450 CYP3A4 liver enzyme pathway.

The study recruited 79 previously untreated people or previous null responders to pegylated interferon and ribavirin, all with genotype 1 infection and no evidence of cirrhosis. Participants were randomly assigned to the ABT-530 40mg (n = 39) or 120mg arm (n = 40).

After 12 weeks of treatment 97% of the 40mg arm and 100% of the 120mg arm had a sustained virologic response 12 weeks post-treatment, commonly defined as a cure. One participant experienced a virologic relapse after completion of treatment in the 40mg arm. This patient showed no evidence of non-adherence nor baseline resistance mutations that might have contributed to treatment failure, but had two NS5A resistance mutations conferring high-level resistance to ABT-530 at relapse. All treatment-experienced patients achieved SVR12.

Study participants were 56% male, 71% had genotype 1a infection and 15% had F3 stage fibrosis. 88% were previously untreated, 12% were null responders to previous treatment with pegylated interferon and ribavirin.

At 12 weeks post-treatment 97% (33/34) achieved a sustained virological response. One participant discontinued the study at treatment week 4 due to adenocarcinoma, unrelated to study drugs. No drug-related serious adverse events were reported. The most frequent adverse event (> 5 percent of patients) was fatigue.

Poordad F et al. 100% SVR4 in HCV genotype 1 non-cirrhotic treatment-naïve or -experienced patients with the combination of ABT-493 and ABT-530 for 8 weeks (SURVEYOR-I). AASLD Liver Meeting, San Francisco, abstract LB-14, 2015.