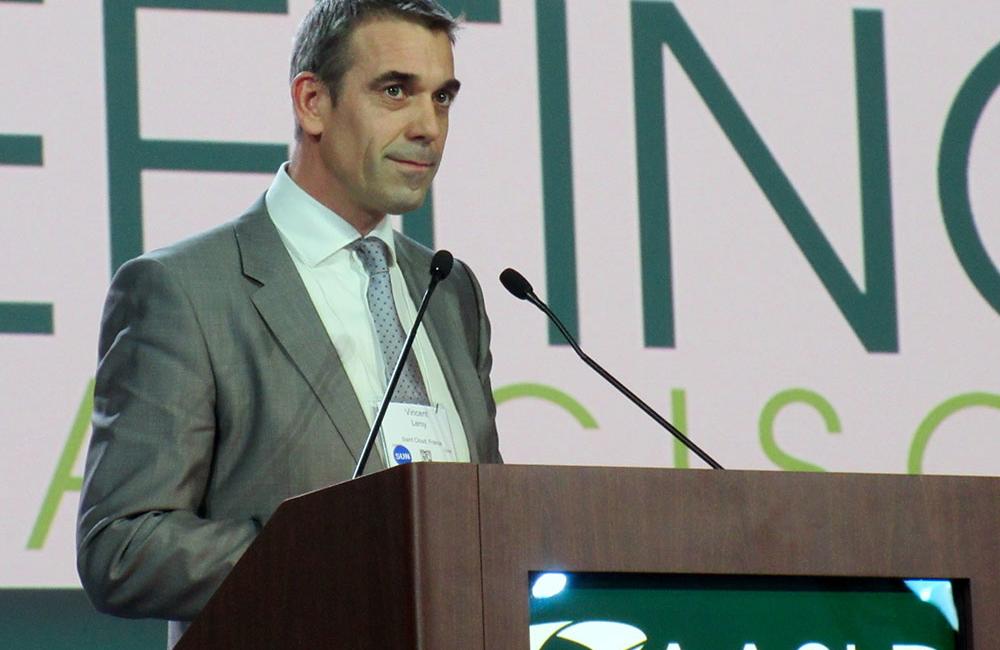 An all-oral combination of daclatasvir, sofosbuvir and ribavirin taken for 12 or 16 weeks led to high sustained virological response rates for people with hard-to-treat hepatitis C virus (HCV) genotype 3 and advanced liver fibrosis or cirrhosis, according to findings from the ALLY-3+ study presented at the 2015 AASLD Liver Meeting this week in San Francisco, USA.

Interferon-free direct-acting antiviral therapy has revolutionised treatment for chronic hepatitis C, but better options are still needed for people with genotype 3, which is the most difficult type to cure in the post-interferon era. Genotype 3 – which accounts for an estimated 30% of all hepatitis C cases worldwide – is associated with faster liver disease progression and is more likely to lead to cirrhosis and liver cancer than other genotypes.

In the previous ALLY-3 study daclatasvir plus sofosbuvir taken for 12 weeks led to a sustained virological response rate of 96% for people without cirrhosis, but only 63% for those with cirrhosis. ALLY-3+ assessed whether adding ribavirin to this combination for 12 or 16 weeks could improve outcomes for people with advanced fibrosis or cirrhosis.

ALLY-3+ enrolled 50 people with genotype 3 chronic hepatitis C. Most (80%) were men, almost all were white and the mean age was 54 years. About three-quarters had prior treatment experience, including 12% who relapsed after taking sofosbuvir plus ribavirin (with or without interferon); people who had previously used NS5A inhibitors were excluded. Over a quarter (28%) had advanced fibrosis (stage F3) while 72% had compensated cirrhosis (stage F4). About half had high HCV viral load at baseline (>6 million IU/ml).

Participants in this open-label trial were randomly assigned to take 60mg daclatasvir and 400mg sofosbuvir once daily plus 1000-1200 mg/day weight-based ribavirin for either 12 or 16 weeks.

Overall, sustained virological response rates at 12 weeks post-treatment (SVR12) were 88% in the 12-week treatment arm and 92% in the 16-week arm in an intention-to-treat analysis – not a significant difference.

There were no viral breakthroughs during treatment, but four people relapsed after finishing therapy (2 in each study arm).

Eight participants had NS5A resistance-associated variants (RAVs) at baseline, and among these 88% achieved SVR12. Two of the relapsers had also previously relapsed on sofosbuvir plus ribavirin; however, no sofosbuvir-associated NS5A RAVs were detected at either baseline or relapse.

Treatment was generally safe and well-tolerated, with no treatment-related serious adverse events or discontinuations due to adverse events; there was 1 treatment-unrelated death. The most common adverse events were insomnia (30%), fatigue (26%) and headache (24%). One person in the 16-week arm developed grade 3 anaemia. All six people who reduced their ribavirin doses went on to achieve SVR12, while the four relapsers had no dose reductions.

Based on these findings the researchers concluded, "Daclatasvir + sofosbuvir + ribavirin for 12 or 16 weeks is a highly efficacious therapy for genotype 3-infected patients with advanced fibrosis or compensated cirrhosis, a population in urgent need of treatment."

Dr Leroy said that 12 and 16 weeks of treatment "probably perform the same," and it is not yet known whether extending therapy to 24 weeks would further reduce relapses.

A pair of real-world studies presented at the Liver Meeting also showed good results for people with advanced liver disease treated with daclatasvir plus sofosbuvir, with or without ribavirin, in compassionate use programmes.