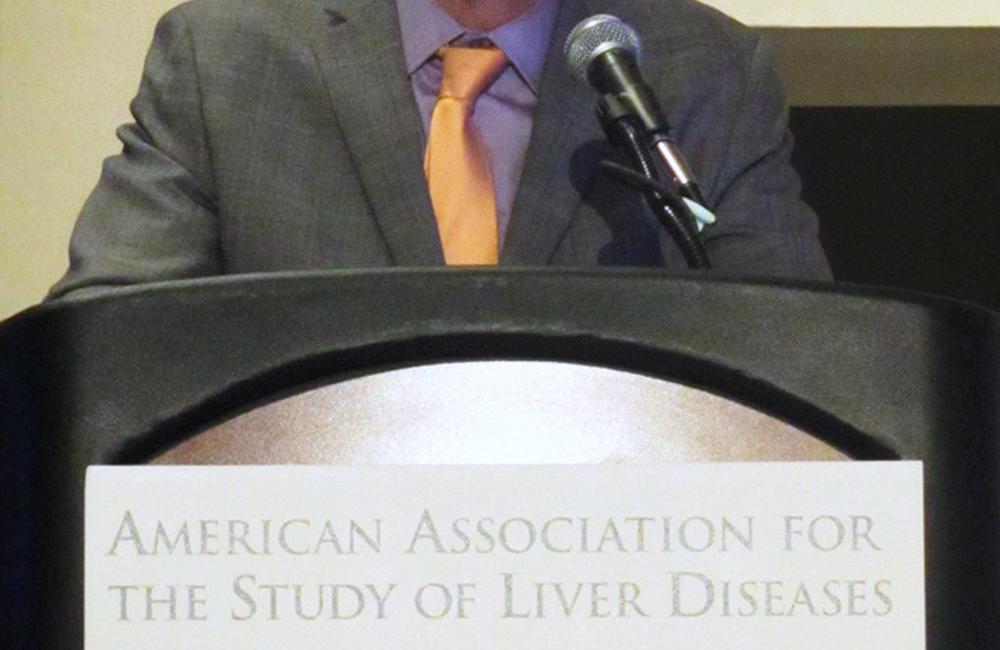 Chronic hepatitis C patients treated with boceprevir (Victrelis) plus pegylated interferon and ribavirin can effectively manage drug-induced anaemia by either ribavirin dose reduction or addition of erythropoietin (EPO) without compromising treatment effectiveness, researchers reported on Sunday at The Liver Meeting 2012, the 63rd Annual Meeting of the American Association for the Study of Liver Diseases (AASLD) in Boston.

Approval of the first direct-acting antiviral agents for hepatitis C virus (HCV) – Merck's boceprevir and Janssen/Vertex's telaprevir (Incivo) – ushered in a new era of more effective treatment. But these new drugs must still be used with pegylated interferon and ribavirin, adding to the already difficult side-effects of standard therapy.

Ribavirin often causes anaemia due to destruction of red blood cells. Boceprevir and interferon alfa can also cause anaemia, presenting a potential problem when the three drugs are used in combination.

Lowering the standard dose of ribavirin can improve anaemia; because it plays a role in preventing post-treatment viral relapse, however, there is concern that inadequate doses may compromise sustained response.

Another approach uses EPO, a hormone that stimulates red blood cell production. But EPO has its own side-effects and adds to the total cost of treatment. Adverse events are especially a concern for people with more advanced liver disease, who are less able to tolerate therapy.

Eric Lawitz, from Alamo Medical Research in Texas, and colleagues conducted the anaemia management study to evaluate these two management strategies in genotype 1, chronic hepatitis C patients, with or without liver cirrhosis, treated with standard therapy consisting of boceprevir, pegylated interferon and ribavirin.

This retrospective analysis enrolled 687 participants. Fewer than half were men, the average age was approximately 50 years and about 20% were of African descent. A majority (about 55%) had HCV subtype 1a, 33% had 1b and the rest were not subtyped.

Participants were stratified according to whether they had compensated liver cirrhosis (n=60) or no cirrhosis (n=604). They had normal levels of haemoglobin – the protein in red blood cells that carries oxygen – at study entry,12 to15 g/dL for women and 13 to 15 g/dL for men.

After a four-week lead-in of 1.5 mcg/kg/week pegylated interferon alfa-2b plus 600 to 1400 mg/day ribavirin, all participants added 800 mg boceprevir three times daily for 24 or 44 weeks.

Virological suppression rates were similar for participants with and without cirrhosis: 68 vs 76% for end-of-treatment response and 55 vs 64% for sustained virological response (SVR; continued undetectable HCV RNA after the end of therapy); relapse rates were 18 and 11%, respectively.

Amongst patients with cirrhosis, SVR rates were statistically similar with ribavirin dose reduction and use of EPO, 57 and 64% respectively. This was also the case for non-cirrhotic patients, with SVR rates of 72 and 73% respectively.

SVR rates were notably higher if HCV RNA was undetectable when the first anaemia management strategy was initiated (84 vs 45% for cirrhotics; 86 vs 58% for non-cirrhotics).

Turning to adverse events, almost all participants with or without cirrhosis experienced treatment-emergent side-effects. Interestingly, most side-effects occurred with similar frequency in cirrhotic and non-cirrhotic groups. The exceptions were anaemia, diarrhoea, headache and neutropenia, all of which were more common amongst people with cirrhosis.

"SVR rates are comparable in cirrhotic patients when anaemia is managed by ribavirin dose reduction or EPO," the researchers concluded. "Patients with cirrhosis were more likely to receive secondary interventions for the management of anaemia."

Although overall sustained response rates were similar for both management strategies, Merck noted in a press release that people whose ribavirin dose fell below half of the total assigned dose did not do as well.

Based on these findings, the investigators recommended that ribavirin dose reduction should be considered as the initial management strategy for people who develop anaemia during hepatitis C treatment.

Drugs approved in recent years that can cure hepatitis C may have severe side effects, including liver failure, a new report suggests. The number of adverse events appears relatively small, and the findings are not conclusive. But experts said the report was a warning that should not be ignored.
New York Times
25 Jan 17
Hepatitis C treatment

Combining sofosbuvir/ledipasvir (Harvoni) with ribavirin was associated with a greater likelihood of adverse events and laboratory abnormalities, but did not significantly increase the chances of sustained response for genotype 1 chronic hepatitis patients compared to sofosbuvir/ledipasvir alone.
HIVandHepatitis.com
29 Jun 15
New & experimental hepatitis C treatment