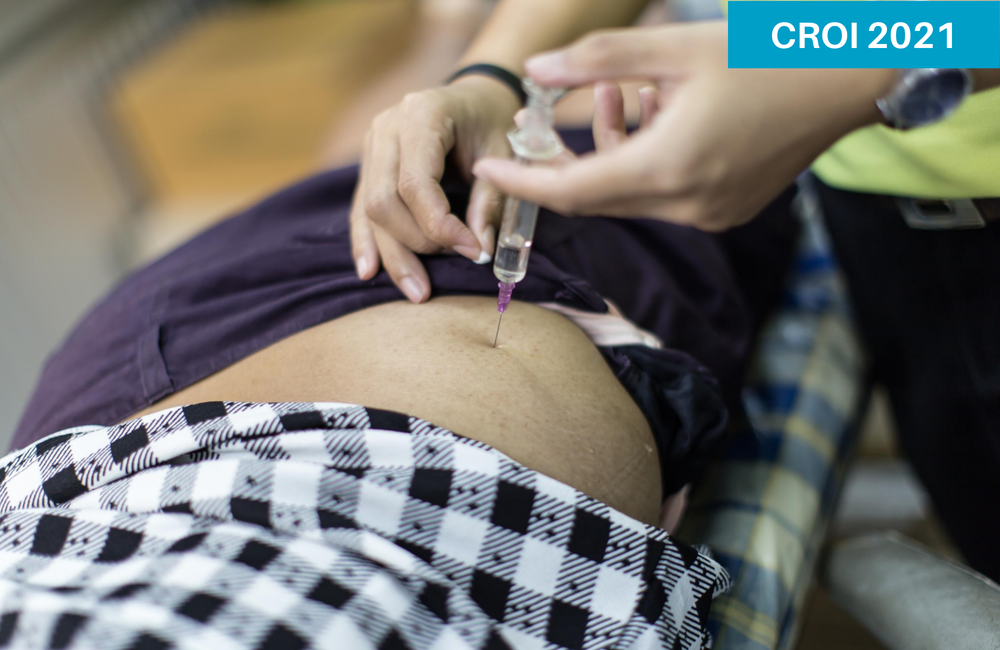 Long-acting cabotegravir (Vocabria) and rilpivirine (Rekambys) injections maintain viral suppression for two years, according to follow-up study results presented this week at the Conference on Retroviruses and Opportunistic Infections (CROI).

The European Medicines Agency (EMA) approved the injectable combination – the first complete HIV regimen that does not require daily pills – in December 2020. The regimen involves two separate injections in the buttocks administered by a healthcare provider. The EMA approved both a once-monthly and an every-other-month regimen. However, regulators in the United States and Canada (where the injections are marketed together as Cabenuva) only approved the monthly regimen. Treatment that can be taken just six times a year would be more convenient and could improve adherence.

At CROI 2019, researchers reported results from the phase 3 ATLAS trial, which enrolled people with an undetectable viral load who switched from a standard oral antiretroviral regimen, and the FLAIR trial, which enrolled people starting HIV treatment for the first time. These studies showed that once-monthly cabotegravir and rilpivirine maintained viral suppression in treatment-experienced people and brought viral load below the level of detection in those starting treatment.

The ATLAS study found that drug levels were maintained in the body for more than a month, setting the stage for testing an every-other-month regimen in the ATLAS-2M study.

ATLAS-2M included 654 participants with an undetectable viral load who switched from a daily oral regimen and 391 people who rolled over from the monthly cabotegravir/rilpivirine arm of the original ATLAS trial. In the full study population, more than 70% were men, the median age was 42 years and median CD4 count exceeded 600.

At last year's CROI, researchers reported that after 48 weeks of treatment, 94% of participants taking either the once-monthly or the every-other-month regimen continued to have undetectable viral load (below 50), showing that the less frequent regimen was non-inferior to monthly administration.

After two years, 90.2% of participants in the once-monthly group and 91.0% in the every-other-month group maintained viral suppression, showing that the schedules remained equally effective; 1.1% and 2.1%, respectively, had a detectable viral load (data were missing for the remainder).

Two participants in the once-monthly group (0.4%) and nine in the every-other-month group (1.7%) experienced confirmed virological failure, defined as two consecutive viral load measurements above 200; only one person in the latter arm met the criteria during the second year of follow-up.

All but one of these eleven participants regained viral suppression when they switched to a different regimen (the remaining individual had evidence of poor adherence to the new regimen), and all had virus that remained susceptible to dolutegravir, another integrase inhibitor.

Two other analyses presented at CROI suggest that getting injections on time is particularly important for those using the every-other-month regimen. The once-monthly schedule is likely to be more forgiving. Dr Kelong Han of GlaxoSmithKline and colleagues conducted a pharmacokinetic modelling study of cabotegravir, while Dr Stefaan Rossenu of Janssen and colleagues did a similar analysis of rilpivirine.

Han's team concluded that adherence to the every-other-month dosing schedule is "strongly recommended." While cabotegravir injection delays of up to a week were predicted to have minimal effect, longer delays would have a greater impact. Similarly, Rossenu's team found that receiving rilpivirine injections a week early or late should have minimal impact on drug levels, but recommended adhering to the every-other-month schedule. Cabotegravir and rilpivirine pills can be used as a 'bridging' strategy if a person plans to miss an injection appointment.

"Getting injections on time is particularly important for those using the every-other-month regimen."

In prior studies, most study participants said they preferred injections to daily pills despite the injection reactions. Reasons included greater convenience, not having to think about HIV and its treatment every day and not having pill bottles that could reveal their HIV status. The drawback is the need to see a provider more often than most people do for viral load monitoring while on stable oral therapy.

Injectable cabotegravir alone is also being studied for pre-exposure prophylaxis (PrEP). Cabotegravir injections administered every other month were found to be more effective for HIV prevention than daily tenofovir disoproxil fumarate/emtricitabine (Truvada), both for cisgender men and trans women who have sex with men in the HPTN 083 trial and for cisgender women in the HPTN 084 study.

A second major HIV prospect has been put on hold, this time from Gilead Sciences. But unlike the recent halt on Merck's drug islatravir, which was related to a drop in trial patients' immune cell counts, Gilead's trial stop stems from a quality issue that could be swiftly resolved, one analyst says.
FiercePharma
26 Dec 21
Injectable & long-acting PrEP

GlaxoSmithKline's HIV prevention injectable Apretude threatens Gilead with FDA blessing. But will doctors use it?

The U.S. Food and Drug Administration (FDA) has placed clinical holds on the investigational new drug applications (INDs) for the oral and implant formulations of islatravir (MK-8591) for HIV-1 pre-exposure prophylaxis (PrEP); the injectable formulation of islatravir for HIV-1 treatment and prophylaxis; and the oral doravirine/islatravir (DOR/ISL) HIV-1 once-daily treatment. The FDA’s clinical hold is based on previously announced observations of decreases in total lymphocyte and CD4+ T-cell counts in some participants receiving islatravir in clinical studies.
Merck press release
14 Dec 21
Injectable & long-acting HIV treatment

Currently at a pre-clinical stage, the long-acting injectable being developed has the potential to transform the WHO-recommended daily oral dosage of TLD (tenofovir/lamivudine/dolutegravir) into a simple subcutaneous monthly injection.
Medicines Patent Pool
9 Dec 21
More editors' picks