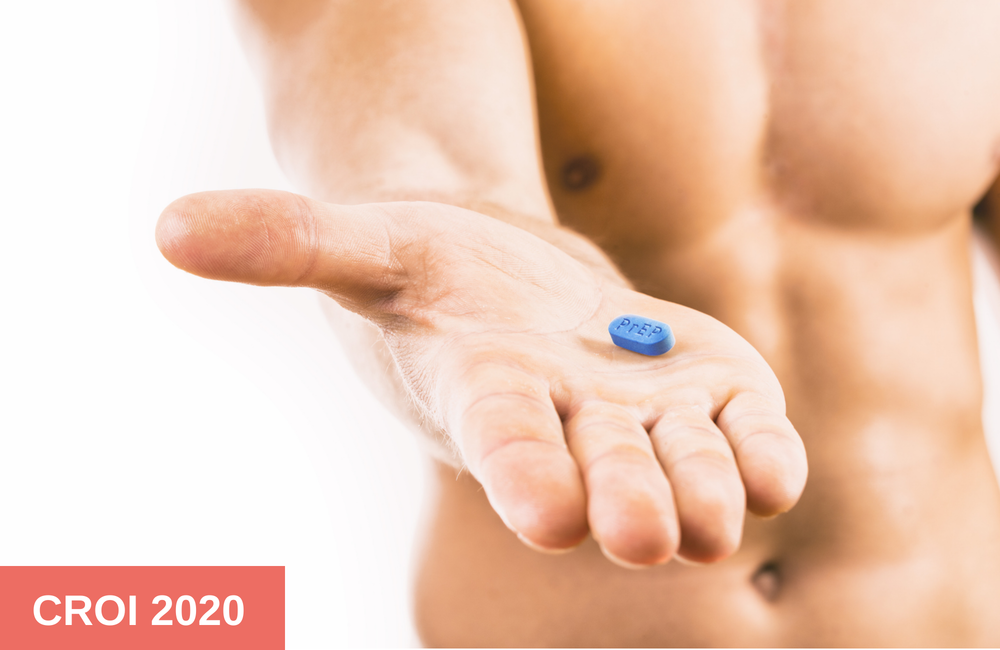 A study of people taking PrEP in Thailand found that some of the small number who took PrEP while they had an undiagnosed HIV infection developed resistance to emtricitabine, one of the two drugs in the PrEP regimen, Dr Donn Colby of the Thai Red Cross HIV Research Institute told the Conference on Retroviruses and Opportunistic Infections (CROI 2020) on Tuesday.

However no-one developed resistance to the other PrEP drug, tenofovir disoproxil fumarate.

This study supplements data on resistance among people who had taken PrEP published by London’s 56 Dean Street clinic a month ago. The Dean Street clinicians looked at the medical records of all 917 people diagnosed with HIV there in the past year and found 22 who had also taken PrEP in that year: some had developed resistance, but while this suggests that they may have had undetected HIV while on PrEP, it does not prove it.

In contrast, the Thai study found only seven cases of acute HIV in PrEP users (one in 350), but they had definitely taken PrEP during HIV infection, and the number of days they had taken PrEP while infected could be established quite accurately.

The study focuses on people starting PrEP as participants in the Thai Red Cross Anonymous Clinic 'PrEP-15' scheme in Bangkok. PrEP users pay approximately US$15 a month and medical monitoring is done for free. By October 2018, 2442 people had started PrEP under this scheme. Of note, people in this scheme are given PrEP to take on their first appointment and do not have to test negative before it is issued.

Everyone starting PrEP at the clinic are screened for acute HIV infection as part of a cohort study called RV254/SEARCH010. A qualitative (positive/negative) PCR RNA test is used to pick up cases of acute HIV infections as soon as possible after exposure. Blood samples from 12 to 17 individuals are pooled and tested together (this is done to economise on time and cost). If a positive result was found in a pool, the samples were tested individually with a quantitative (PCR RNA) test which can measure viral load.

Seven patients who were taking PrEP through the 'PrEP-15' scheme were diagnosed with acute HIV.

Five infections were detected in the pooled samples. The other two patients were not reactive in pooled samples, but tested positive at their one-month visit after starting PrEP. PCR RNA testing was then conducted on blood samples given the day they started PrEP and they tested positive, with low viral loads, indicating very recent infection. The qualitative tests in the pooled samples had not detected the patients with the second- and third-lowest viral loads, but had detected the patient with the lowest viral load.

The viral loads of these three patients were very low – 32, 58, and 86 copies/ml respectively. One other patient was detected both in the pooled sample scheme and because he tested positive at his one-month visit, and his initial blood sample was then tested. The samples were 28 days apart. This patient had a viral load of 88 in his first sample and 12,830 four weeks later.

The other three patients, who were all diagnosed via the pooled qualitative testing, had viral loads of 219, 317 and 16,780 respectively.

Four of the seven patients had no drug resistance. The time between starting PrEP and having a positive viral load test (and being taken off PrEP) for these four individuals was two, two, seven and 15 days.

Three of the patients did have drug resistance, solely to emtricitabine. They had been on PrEP for 29, 35 and 122 days respectively before their HIV infection was diagnosed. The first two patients had the M184I resistance mutation to emtricitabine, which is often an intermediate stage to the more common M184V mutation. The third patient, who had spent longest on PrEP, had M184V.

As the time span measured was from the start of PrEP to having detectable HIV, this gives an accurate estimate of the amount of time someone needs to spend on PrEP while having HIV in order to develop emtricitabine resistance. It shows that over a certain period of time, emtricitabine resistance becomes the rule rather than the exception. It looks like the minimum time likely is a bit more than two weeks and the maximum time is a bit less than four weeks.

"If you stop PrEP within two weeks, you are unlikely to develop drug resistance."

The development of emtricitabine resistance was clearly related to PrEP, not just because of the strong correlation between time on PrEP and time with HIV, but also because of the rarity of transmitted emtricitabine resistance in Bangkok. (An earlier analysis from RV254/SEARCH010 found no cases of among 229 people with acute infection.) This means it is almost certainly arising due to having HIV while taking suboptimal therapy, i.e. PrEP, rather than a resistant strain being sexually transmitted. HIV with M184V is less likely to be transmitted as it reproduces less well, and this also means that it has relatively few clinical implications if you do get it, as long as other drugs can be substituted for emtricitabine (or lamivudine, to which MK184V also confers resistance).

One of the seven patients had a transmitted drug resistance mutation: E138A, which confers weak resistance to the NNRTI drugs etravirine and rilpivirine, but does not have much clinical consequence.

No resistance to tenofovir was detected, and only one case of the K65R resistance mutation to this drug has been seen in anyone testing positive in Bangkok in the RV254/SEARCH010 cohort.

This study shows that in this Bangkok cohort at least, the chance of people starting PrEP having undetected acute HIV was about 1/350. However, if you stop PrEP within two weeks, you are unlikely to develop drug resistance.