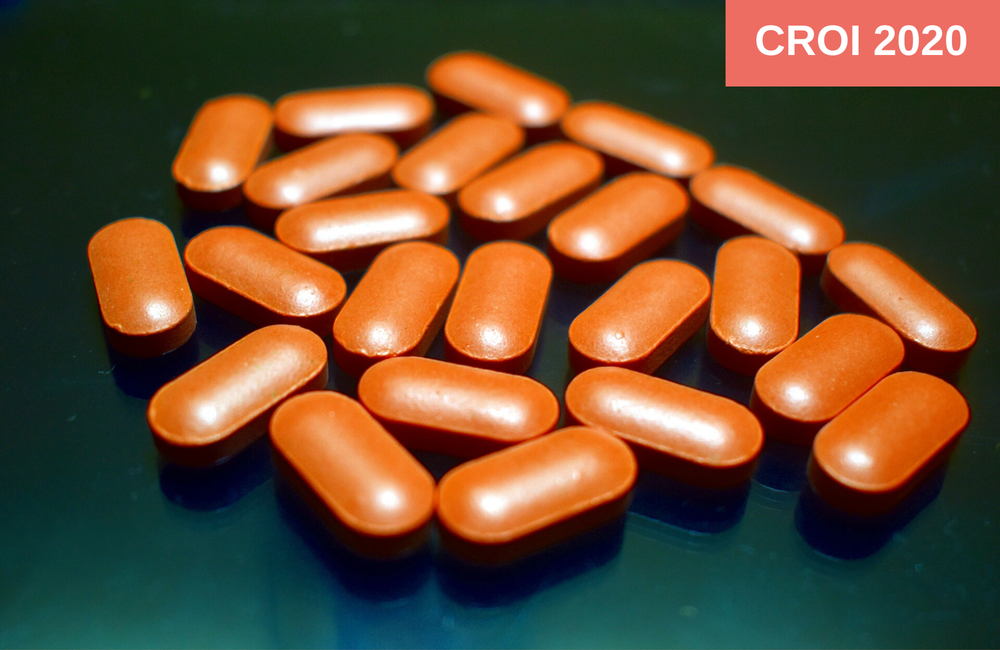 “It’s exciting to see three study presentations on post-exposure prophylaxis (PEP) after years of not having any,” commented Professor Sharon Hillier of the University of Pittsburgh, chairing a session at the Conference on Retroviruses and Opportunistic Infections (CROI 2020) yesterday. The three studies provided a lot of new information about what regimens might, and might not, work as PEP; in other words, if taken after exposure to HIV to prevent an infection becoming established.

PEP as a prevention method has been around for longer than PrEP, initially as an emergency measure for healthcare professionals and others who may be exposed to HIV at work, and subsequently for individuals exposed to HIV through sexual exposure. However, PEP studies are rare, partly because it is unethical to run placebo-controlled studies of PEP.

Perhaps as a result of the lack of research attention, the recommended regimen for PEP remains three HIV drugs (tenofovir and emtricitabine plus either a protease or an integrase inhibitor), to be taken for 28 days after infection. Much of this course of treatment might be unnecessary, given that in gay men at least in the IPERGAY study, just four TDF/FTC (tenofovir disoproxil fumarate and emtricitabine) pills – a double dose taken the day before and one on each of the two days after sex – work just as well as regular daily PrEP.

Dr Elena Bekerman of Gilead Sciences and colleagues conducted a new dose-ranging study of PEP in monkeys to see what regimen and dosing schedule was effective in preventing HIV infection after they were challenged (exposed to) a virulent monkey-adapted HIV (SHIV).

The rhesus macaques were challenged eight times rectally with SHIV, with challenges two weeks apart. The regimens given were either a two-drug regimen of tenofovir alafenamide and emtricitabine (brand name as a medicine for humans, Descovy), or a three-drug combination of these two drugs and the integrase inhibitor bictegravir (marketed for humans as Biktarvy).

An initial drug-level study, which tested three different doses of bictegravir (25, 50 and 100mg) suggested that the 25mg dose of bictegravir might be enough to prevent infection, so that dose was used.

In the first of two studies, seven groups of six monkeys each received either:

The PrEP regimens worked: the two-drug combination prevented five out of six monkeys from infection, and the three-drug combination with bictegravir protected all six. This in itself is interesting, as it may provide more evidence suggesting that the full IPERGAY regimen (a double dose before exposure and two taken 24 and 48 hours after the double dose) is necessary to offer 100% protection.

"The third drug for PEP appears to be necessary: two drugs work for PrEP but not for PEP."

However, the PEP regimens did not work. They only delayed rather than prevented infection, and the efficacy calculated for the two- and three-drug combinations was 52% and 58% respectively – and in fact this was not statistically significant from no protection, i.e. could have been a chance finding. The same doses taken 48 and 72 hours after exposure were even less effective.

A second study was therefore conducted. In this, there were no control or PrEP groups; everything was post-exposure. The bictegravir dose was increased to 100mg and four dosing schedules were tested, including two providing PEP sooner after exposure:

The two-drug combination was not tested again with the last two schedules as it had already been shown to be ineffective.

Four monkeys were also protected in the 24- and 48-hour schedule, but those were infected sooner and the efficacy was not quite statistically significant. There was no significant protection offered by the 48- and 72-hour schedule, or by either of the two-drug regimens.

What have we learned from these studies? Firstly, that the third drug for PEP appears to be necessary: two drugs work for PrEP but not for PEP. Secondly, starting PEP promptly, ideally within 12 hours of exposure and certainly within 24 hours, really does make a difference to its efficacy. There is also no new evidence that extending PEP beyond 36 hours helps.

In a second study, Dr Charles Dobard of the US Centers for Disease Control and Prevention (CDC) tested a small topical insert or mini-suppository containing the two drugs TAF and elvitegravir, which can be used vaginally or rectally, as a method of PEP.

At least year’s CROI, Dobard demonstrated that the insert was 92% effective when used as PrEP. At this conference, the insert was dosed as PEP, being inserted vaginally four hours after the monkeys were exposed to SHIV.

Four out of five monkeys given a placebo insert were infected after two to 13 challenges with SHIV; in contrast, none given the TAF/elvitegravir insert were infected after 13 challenges with follow-up (to catch late infections) to 20 weeks. In this study at least, this equated to an efficacy of 100%, and suggested that this technology could be a convenient and discreet addition to the HIV prevention toolbox.

For the third study of PEP, using the novel anti-HIV drug islatravir, see this report.