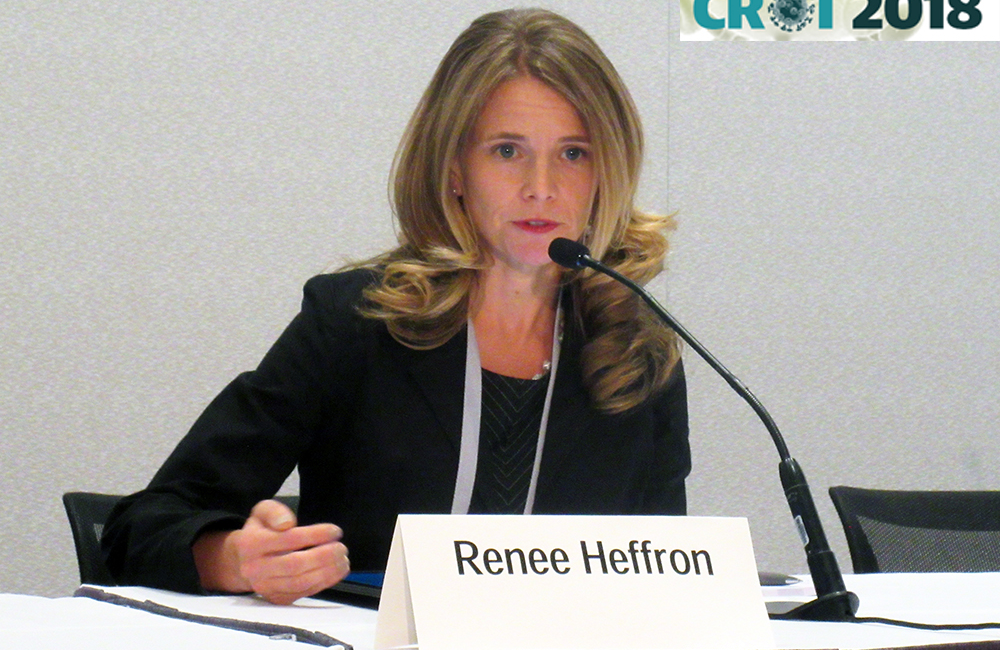 A study presented today at the Conference on Retroviruses and Opportunistic Infections (CROI 2018) found that women in two prevention studies were nearly three times more likely to become infected with HIV while they were pregnant, and four times as likely in the six months after giving birth, compared with the risk of HIV infection at other times.

Previous studies of whether pregnancy increases risk have been inconclusive: a 2014 meta-analysis found a 30% raised risk of HIV infection during pregnancy, but two studies in that analysis found almost double the risk while the others found no raised risk.

This study, which is much larger, confirms what has long been suspected: that pregnancy and breastfeeding are times of particular HIV infection risk for women. The researchers do not suggest a cause for the increased risk other than that hormonal changes while women are pregnant or lactating may make HIV infection more likely.

The study presented was an analysis of HIV infections in women who were taking part in two HIV prevention trials: Partners in Prevention and Partners PrEP. Both studies looked at preventing HIV transmission between long-term heterosexual partners of different HIV status: the first by giving aciclovir to suppress herpes virus (HSV-2) in the HIV-positive partner; the second by giving tenofovir, plus or minus emtricitabine, to the HIV-negative partner as PrEP (pre-exposure prophylaxis).

HSV-2 prophylaxis did not work, but in Partners PrEP HIV infections were cut by two-thirds in the partners taking PrEP and it remains one of the key pieces of evidence that supports the effectiveness of PrEP against heterosexual HIV transmission.

The present study looked at 2751 HIV-serodifferent couples from the two studies where the woman was the HIV-negative partner and aged between 18 and 49, and the HIV-positive male partner was not on antiretroviral therapy. The studies was done in a total of seven African countries. It did include women randomised to PrEP in the Partners PrEP study, as there were infections in this group; a sensitivity analysis that excluded women randomised to PrEP found similar results.

It looked at the rate of HIV infection in women during early pregnancy (0 to 13 weeks), late pregnancy (14 weeks to birth) and in the first six months after giving birth (the ‘post-partum’ period).

The average age of the women was 32. The average number of sex acts within the last months with the regular partner was four when women were neither pregnant nor post-partum; in women who were pregnant, both all sex and condomless sex were more frequent in early pregnancy but less so in late pregnancy and in the post-partum period. In any one month, 24% of women said that they had had sex without a condom.

Twenty-two per cent of the women were ever pregnant during their time included in the study, giving a pregnancy rate of 12.5 per 100 women per year, and there were a total of 686 pregnancies of which 426 resulted in live births (some women were pregnant at the time the study finished).

There were 82 new HIV infections among the women studied, with an overall annual HIV incidence of 1.62%. (These 82 infections excluded ‘unlinked’ infections, i.e. ones coming from partners other than the main partner.)

In a multivariate analysis, these figures were then adjusted for the viral load of the partner, age of the woman, PrEP and condom use.

Compared to a ‘reference’ case of the risk seen in a non-pregnant, non-post-partum woman aged 25 not on PrEP whose HIV-positive partner had a viral load of 10,000 copies/ml, the adjusted relative risk of HIV transmission during pregnancy or post-partum was 2.76. In other words pregnancy or being post-partum magnified the risk of HIV infection nearly threefold, independent of other factors, and this was highly statistically significant (i.e. very unlikely to be a chance observation).

The relative risk compared with the reference case was 2.07 in early pregnancy, 2.82 in later pregnancy and 3.97 post-partum. Although in these subcategories, the confidence intervals were rather wide, they were still statistically significant and suggest the greatest risk of all – nearly four times normal – may come during lactation. This increased risk was independent of the fact that sexual frequency and condomless sex decreased as pregnancy progressed.

Presenter Renee Heffron said that although obviously there were hormonal changes in women’s bodies during pregnancy and lactation that probably explained the higher susceptibility to HIV infection, more research was needed to establish the exact risk. The mechanisms may be similar to the higher risk of HIV infection and transmission seen in women who use hormonal contraceptives in some, but not all, studies. Heffron recommended that women receive counselling about the substantially increased risk during this period and that more research is needed to elucidate its cause.

Asked whether PrEP ought to be recommended for women during pregnancy and post-partum, Professor Wafaa El-Sadr of Columbia University's Mailman School of Public Health, chair of a press briefing on the study, commented that "maybe recommendations should say [PrEP] should be used given the very high risk in this population."

Black women with HIV face intersecting forms of stigma, discrimination, and disadvantage. Yet WE, not the systems that fail us, are often blamed. Why are we so “hard to reach,” we are often asked? Why are we so “untrusting”?
TheBody
30 Jan 23
Health problems & ageing

Among women with HIV treated with antiretrovirals, greater cumulative viremia increased the risk of multimorbidity and of developing each of five specific non-AIDS comorbidities.
Healio
24 Jan 23
Child developmental issues

The judgement follows a case brought forward in 2014 by a Kenyan woman living with HIV who was coerced by professionals at a health facility to undergo tubal ligation thus taking away her ability to have children. The High Court found that the performance of this operation without consent amounted to a violation of her human rights.
UNAIDS
20 Dec 22
More editors' picks