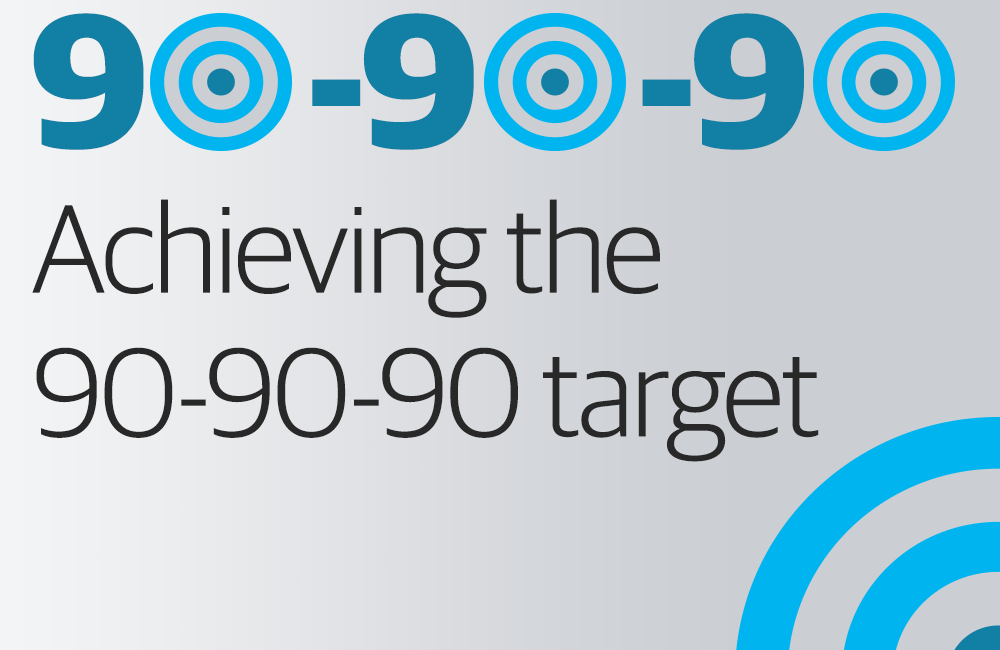 Lesotho, in spite of a high HIV prevalence of over 25%, is making substantial progress toward meeting the UNAIDS 90-90-90 targets, with a reported 77% of adults who tested positive in a household survey already knowing their HIV status, Dr Thin of the Lesotho Ministry of Health told participants last week at the 25th Conference on Retroviruses and Opportunistic Infections (CROI 2018) in Boston.

Conducted between November 2016 and May 2017, after the implementation of “Test and Treat” in June 2016, this national, household-based survey (Lesotho population-based HIV impact assessment (LePHIA)) included over 11,000 adults (aged 15 to 59).

Targeted expansion of HIV testing and treatment notably among young men and young women is essential to meet the 90-90-90 targets.

To meet the 90-90-90 targets by 2020 – the goal set by UNAIDS – countries need to diagnose 90% of people with HIV, treat 90% of diagnosed people and achieve viral suppression in 90% of people on treatment. Hitting the targets means that 73% of people with HIV should an undetectable viral load, greatly reducing HIV-related illness and death and new HIV infections.

Lesotho, a small landlocked country with a population of approximately two million has a very young and largely rural population with close to a third under the age of 15.

Lesotho has the second highest HIV prevalence in the world. HIV is the leading cause of death and contributes to Lesotho having the lowest life expectancy among 195 countries. Before the survey, an estimated 50% of people living with HIV were on treatment.

As part of a national response, Lesotho was the first country in sub-Saharan Africa to implement “Test and Treat” in 2016. The purpose of LePHIA was to provide data to quantify the effectiveness of programmes in controlling the HIV epidemic. The objectives were to measure HIV prevalence, incidence and viral load suppression and also assess progress in meeting 90-90-90 targets.

Using a two-stage cluster design a nationally representative sample of eligible households was undertaken in 418 enumeration areas with a target sample size of close to 11,000 households. Consenting participants were interviewed and provided socio-demographic information and blood samples for rapid HIV testing and point-of-care CD4 cell counts. Confirmation of positive results and viral load testing were performed on all HIV-positive samples at central laboratories. Viral load suppression was defined as under 1000 copies/ml.

While household participants included those aged 10 and above the results presented are for adults aged 15 to 59.The final sample with HIV testing results included 11,682 adults.

The overall response was 71% and 81% for males and females, respectively.

90-90-90 target attainment was lower among men than women. Seventy-one per cent of men with HIV were already diagnosed, 89.4% of those diagnosed were on treatment and 88.4% of men on treatment were virally suppressed compared to 81.5%, 90.6% and 88.2% of women, respectively.

Self-reported antretroviral therapy (ART) use did not differ significantly between men and women or by age. Overall among males and females aged 15 to 59 it was 89.4% and 90.6%, respectively.

Similarly, viral load suppression among those reporting current ART use did not differ by age or sex.

Multivariate analysis showed that men and women under 25 years of age are significantly less likely to know their HIV status (p < 0.01). Similarly, working in the last week showed a negative association among men in knowing their HIV status.

Even though HIV prevalence remains high, the high rates of reported ART use among people living with HIV and the corresponding high viral load suppression rates show an effective national response. Reaching epidemic control in Lesotho requires the continued support of innovative prevention and treatment programmes.