Transgender people are at high risk for HIV, but too little is known about prevention and treatment for this population 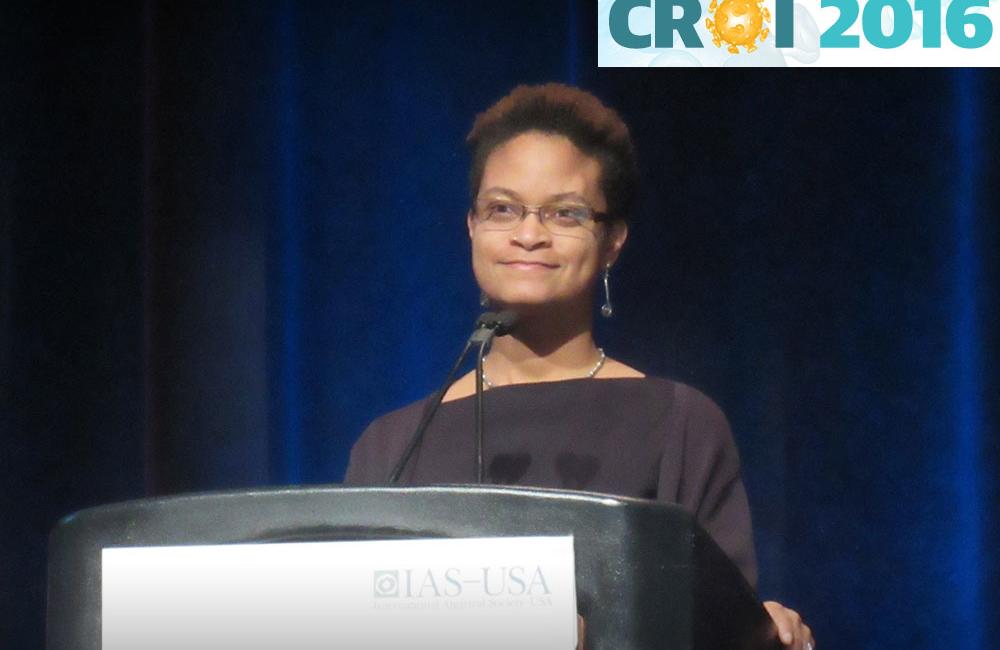 Transgender women have among the highest rates of HIV infection but little is known about HIV prevalence among trans men, Tonia Poteat of Johns Hopkins Bloomberg School of Public Health said in a plenary lecture on transgender health and HIV at the recent Conference on Retroviruses and Opportunistic Infections (CROI 2016) in Boston – the first ever on this population at CROI. A growing number of studies and prevention and treatment programmes are addressing transgender populations, but more research is needed.

Dr Poteat noted that while mainstream knowledge about transgender men and women is relatively new in the US and Europe, largely thanks to celebrities such as Chaz Bono and Caitlyn Jenner, people outside the male-female gender binary have long existed in many cultures, such as the hijra in India.

The size of the transgender population is uncertain, in part due to varying definitions. One estimate put the number of transgender people in the US at approximately 700,000, or 0.3% of the population. Estimates range from 0.1% to 0.5% in Europe, and from 0.7% to 2.9% in South Asia, where some countries legally recognise a ‘third gender’.

Traditional ‘one-step’ data collection approaches can make it difficult to accurately identify trans people in HIV research. Many investigators have categorised study participants according to either their current gender identity or their assigned sex at birth, both of which can result in misclassification. A ‘two-step’ method that asks about both initial sex assignment and current identity is more accurate and inclusive.

“The way you ask the question makes a big difference,” Dr Poteat stressed.

For example, the international iPrEx trial of tenofovir/emtricitabine (Truvada) for pre-exposure prophylaxis (PrEP) included transgender women in its population of 2499 men who have sex with men. The initial published iPrEx report said the study included just 29 trans women, but a later analysis used a broader definition – including people assigned male at birth who identified as women, trans or ‘travesti’, and those who identified as men but used feminising hormones – bringing the total up to 339.

As Susan Buchbinder of the San Francisco Department of Public Health said in her introduction to the lecture, “There is probably no population that is both more heavily impacted [by HIV] and less discussed around the world than transgender people.”

Dr Poteat said that very little is known about HIV rates among transgender men. A recent systematic review found six US studies, including a self-report study with a prevalence of 0.4% and five studies based on laboratory testing with rates ranging from 0.5 to 4.3%, but actual numbers were small. Among non-US studies, three based on self-report found prevalence rates of 0.6 to 0.8%, while two based on lab tests had rates of 0 and 2.2%.

A bit more is known about trans women, who were the main focus of the talk. Trans women who have sex with men have one of the highest burdens of HIV infection among key affected populations, which also include gay and bisexual men and people who inject drugs.

One worldwide meta-analysis of 39 studies from 15 countries found that transgender women had an HIV prevalence rate of 19% – 49 times higher than that of the general population. In high-income countries the prevalence was 22%, with the highest rate among trans women of colour.

A more recent meta-analysis by Dr Poteat’s group looked at 49 new studies, which showed both an exponential increase in research and an ongoing high burden of HIV infection. Among the included studies based on lab testing, prevalence rates ranged from 2% among trans youth to 45% among trans sex workers. The three studies that estimated incidence, or new infections, reported rates of 1.2 to 3.6 per 100 person-years.

A number of factors may make transgender people more susceptible to HIV infection or less likely to use prevention methods or access treatment if they become infected.

Biological factors include hormone therapy, which has the potential to interact with PrEP or antiretroviral treatment (ART). While no clinically significant interactions have been confirmed between feminising hormones and tenofovir/emtricitabine PrEP or most antiretrovirals, many trans women worry about them and prioritise hormone use.

To date, no randomised clinical trials have looked specifically at PrEP for transgender women, but an iPrEx substudy led by Madeline Deutsch from the University of California at San Francisco’s Center of Excellence for Transgender Health found that Truvada appeared to protect trans women who took it consistently. No seroconversions occurred among trans women with tenofovir drug levels indicating they took at least four pills per week. However, their level of adherence was lower than that of gay men in the study, which Deutsch suggested could be due to concerns about PrEP and hormone interactions.

Some researchers hypothesise that exogenous or administered oestrogen may affect tenofovir pharmacokinetics, for example by interfering with creatine kinase phosphorylation of tenofovir disoproxil fumarate to its active form of tenofovir diphosphate. This could mean that trans women taking oestrogen and PrEP will have lower tenofovir levels in rectal tissue than cisgender men, and therefore may need higher doses – a prospect that requires further study.

Hormones could also potentially cause changes in rectal or vaginal mucosa that increase susceptibility to HIV. Further, sharing needles to inject hormones or fillers such as silicone can transmit HIV and hepatitis B or C. It is not known whether trans women who have genital sex reassignment or affirmation surgery are more vulnerable to HIV infection.

Social and structural factors that increase trans people’s vulnerability to HIV include stigma, fear of disclosure, sexual networks that include more people with HIV, poverty, lack of employment opportunities which leads many trans women to engage in sex work, homelessness or unstable housing, violence, lack of access to health care or insurance, substance use and mental health issues such as depression.

Although many transgender women are eligible for PrEP according to US Centers for Disease Control and Prevention (CDC) or World Health Organisation (WHO) guidelines, most are not yet using it and may not be aware of it. One study found that only about 14% of trans women in San Francisco – a city were PrEP awareness and use among gay and bisexual men are high – had heard of PrEP at the end of 2013.

Dr Poteat reported that among people with HIV using Ryan White HIV/AIDS services, transgender people were less likely than patients overall to remain in care (78 vs 80%) and to achieve viral suppression (74 vs 81%).

A survey of trans women with HIV conducted by the Transgender Law Center found that gender-affirming care and hormone therapy were their top priority, considered more urgent than HIV treatment. But trans women who had the same provider for both hormone therapy and HIV treatment were more likely to stay in care and have an undetectable viral load, demonstrating the benefit of integrated care.

“Transgender women have disproportionate HIV prevalence and incidence due to the interplay of biological and intersectional social factors,” Dr Poteat concluded. “Gender-affirming approaches are necessary to achieve optimal outcomes.”

To address barriers to care for trans women it is important to “reduce stigma and prevent secondary trauma including racism, transphobia, economic disadvantage and other structural factors,” she said. “HIV services we have available, mostly geared towards gay men, do not meet the needs of trans women.”

Resources for trans women and men

New resources for trans people have recently begun to appear, including the National Center for Innovation in HIV Care brief Transgender Women and Pre-Exposure Prophylaxis: What We Know and What We Still Need to Know and the booklet Transcending Barriers for Safer Pleasure from Project Inform and Outshine NW. Project Inform's booklet for men who have sex with men, Is Taking PrEP the Right Choice for You?, has also been updated with inclusive language and information for gay and bi transgender men.