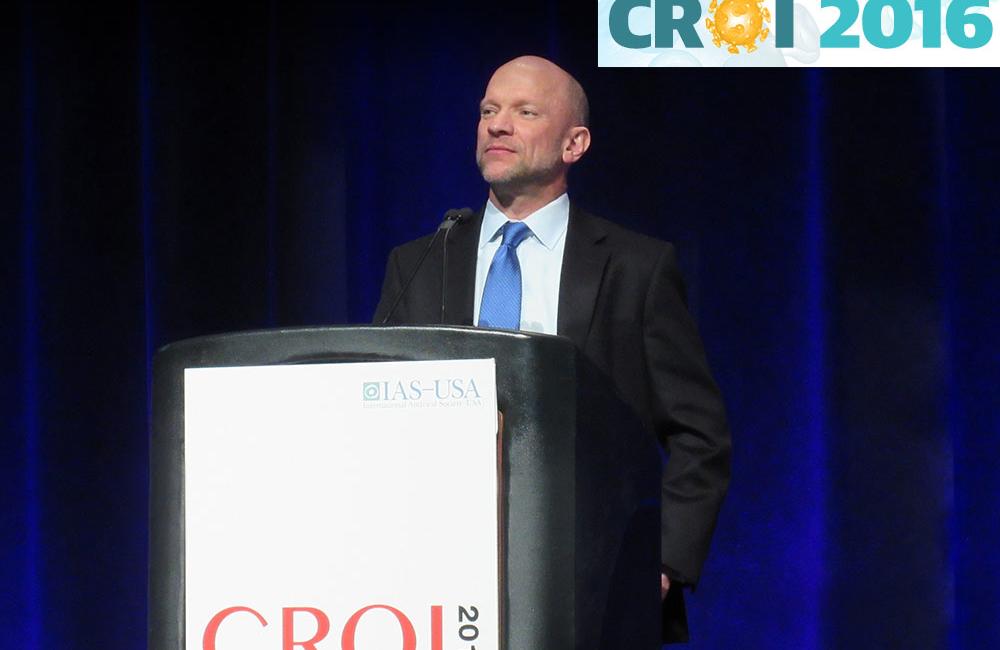 Two studies presented at the Conference on Retroviruses and Opportunistic Infections (CROI 2016) outlined the first findings from the NEXT-PrEP study, otherwise known as HPTN 069. As its name indicates, it explores the option of using a drug or drugs for pre-exposure prophylaxis (PrEP) other than tenofovir + emtricitabine (Truvada), which is currently licensed in the US, France, South Africa, Kenya, Israel and – in a press release quietly issued on Monday – Canada.

What NEXT-PrEP has discovered so far indicates that the drug maraviroc (Celsentri, Selzentry) could have a role in PrEP when used alongside either of the component drugs in Truvada but is not potent enough to act as PrEP in itself.

A couple of pieces of news from the conference underlined the necessity to broaden the range of drugs we use as PrEP.

One was the widely broadcast, first convincingly documented, case of PrEP failure despite good adherence, in a person who acquired multidrug-resistant HIV. This would seem to be an unusual case, but HIV with significant resistance to tenofovir is not uncommon, and to emtricitabine very common. A much less well-publicised but perhaps more relevant study at CROI 2016 found tenofovir-related declines in kidney function in people over 40 taking PrEP that were described by one of the presenters as “probably clinically significant”.

The conference heard promising results from studies of injectable PrEP with the drug cabotegravir but this will probably not be available for two to three years, assuming it works in an effectiveness trial. And the rather disappointing results from studies of vaginal rings containing another drug, dapivirine, show that, as ever, the effectiveness of different versions of PrEP is dependent on people’s willingness to use them.

Maraviroc has been considered a likely candidate for PrEP for a couple of reasons. It has an excellent safety record and very few side-effects. It belongs to a family of drugs, entry inhibitors, that are not often used for HIV treatment and resistance to it only occasionally arises. And it has a unique mode of action: it does not disable HIV’s molecular machinery but attaches itself to the particular co-receptor on immune-system cells (the CCR5 molecule), that HIV must use to attach to itself to CD4 cells. If HIV is left untreated to replicate within the body during chronic infection it develops an ability to attach to another receptor (the CXCR4 molecule) but ‘X4’ viruses are very rarely transmitted. For all these reasons maraviroc seemed a likely candidate for PrEP.

NEXT-PrEP involved testing three experimental maraviroc regimens as PrEP against Truvada: maraviroc alone, maraviroc plus emtricitabine and maraviroc plus tenofovir. It included 594 people – 399 men who have sex with men (MSM), 7 trans women (2%) and 188 cisgender women. It was placebo-controlled – all participants got three identical pills a day to take. (One possibly relevant fact was that maraviroc is licensed as a twice-a-day treatment, and people only took it once a day in this study.)

The study last 48 weeks, with clinic visits every two months after the first two months.

Seven percent of the participants discontinued the study, and 9% were lost to follow-up: another 6.5% stopped taking their study pills but remained in follow-up.

However, Dr Gulick gave no figures for kidney function in the study – which is important as this is the most salient side-effect of tenofovir – and also noted that the results for bone mineral density would be presented later as a combined analysis of the groups.

The most common lab abnormality, seen in 17% of participants, was hypophosphataemia (lack of phosphate in the blood), which is associated with bone mineral loss, so it will be interesting to see if bone mineral density was a factor in this study even though again there was no statistical difference between PrEP regimens.

Adherence looked pretty good. Drug levels were measured in a randomly picked subset of 140 participants and all study drugs were detectable in 83% of samples from participants at week 24 and 77% at week 48.

Five participants acquired HIV during the study, which equates to an annual incidence of 1.4%. All but one of these were on the solo-maraviroc arm and in at least one case infection occurred in a person with high, though erratic, drug levels.

The first infection occurred at week four in a participant – a  man aged 20 – who was randomised to the maraviroc + tenofovir arm but who had no detectable drug and confirmed that he had never taken a pill. The third case also occurred – at week 24 – in a participant with zero drug levels at every study visit.

This left three cases in participants who had detectable maraviroc levels in their blood when they tested HIV positive..

The first, diagnosed at week 16, actually had high levels of maraviroc at that study visit. He had 145 nanograms per millilitre (ng/ml) in his blood: the researchers had calculated that the lowest-likely steady-state level reached in someone with 100% adherence to maraviroc would be 32 ng/ml, and the IC90 of maraviroc – the level which should stop 90% of viral replication in non-resistant virus – is just 2 ng/ml. However, in a longitudinal study of drug levels, it was found that the level at his previous visit, at week eight, was only just above 32ng/ml, so his adherence may have been irregular. Interestingly he had a very low viral load of 981 copies/ml when diagnosed, which might indicate a ‘blunting’ of his infection by PrEP, though his CD4 count was quite low, at 294 cells/mm3.

The second had an extremely high maraviroc level through most of the study – in the order of 200 to 400 ng/ml. His level at diagnosis at week 38 was 6.7 ng/ml but only a week before had been 130 ng/ml. However, a retrospective analysis found HIV RNA – indicating recent infection – in a blood sample from week 32, and no detectable maraviroc at this point. So he looks like someone whose adherence declined during the study.

The third person was diagnosed right at the end of the study, and although his maraviroc level was only just detectable when diagnosed, a retrospective look found HIV RNA and therefore acute infection a week before when there was a maraviroc level of 100ng/ml in his blood, and a similar level at the previous visit. So this case might indicate a possible failure of maraviroc to protect.

In a separate presentation, Professor Ian McGowan of Pittsburgh University ran through the results of studies using explants – samples of rectal tissue from biopsies given by participants in all four regimen arms of the study that were then kept alive in a laboratory, and cultured with HIV to see if they became infected.

McGowan outlined the relatively disappointing performance of maraviroc as PrEP in previous animal and human studies. A topical vaginal microbicide had been effective in monkeys but not an oral pill and previous single-dose explant studies in humans were also unpromising.

One hypothesis as to why maraviroc did not work as well as its activity as an HIV treatment would indicate was that in some experiments, maraviroc had been observed to actually ‘upregulate’ – increase the number of – CCR5 receptors on cell surfaces and had also turned previously inactive T-cells into active ones that HIV could infect. It was thus working against itself by creating more cells to infect even while blocking infection in others.

However, in the explant experiments in NEXT-PrEP, there was no significant difference in T-cell activation or CCR5 upregulation between maraviroc regimens and Truvada at any stage of the trial.

Nonetheless, there was clearly significantly more HIV infection in cells treated with solo maraviroc rather than in cells also treated with tenofovir and/or emtricitabine, with at least ten times the level of viral proteins produced.

McGowan said that what appeared to be happening was that the maraviroc was disassociating from – literally falling off – the CCR5 receptors in the explant cells. He said that this might be something that only happened in explants, not in vivo, and so it will take live experiments to find out if this is the cause of maraviroc’s limited potency.

What we can say for now is that maraviroc plus either tenofovir or emtricitabine seems to work well as PrEP, and that a maraviroc/emtricitabine regimen might be useful for people with pre-existing kidney problems or low bone mineral density, especially older people. However, we need the full results from the kidney and bone studies to be sure.