Daclatasvir plus simeprevir are effective against hepatitis C genotype 1b 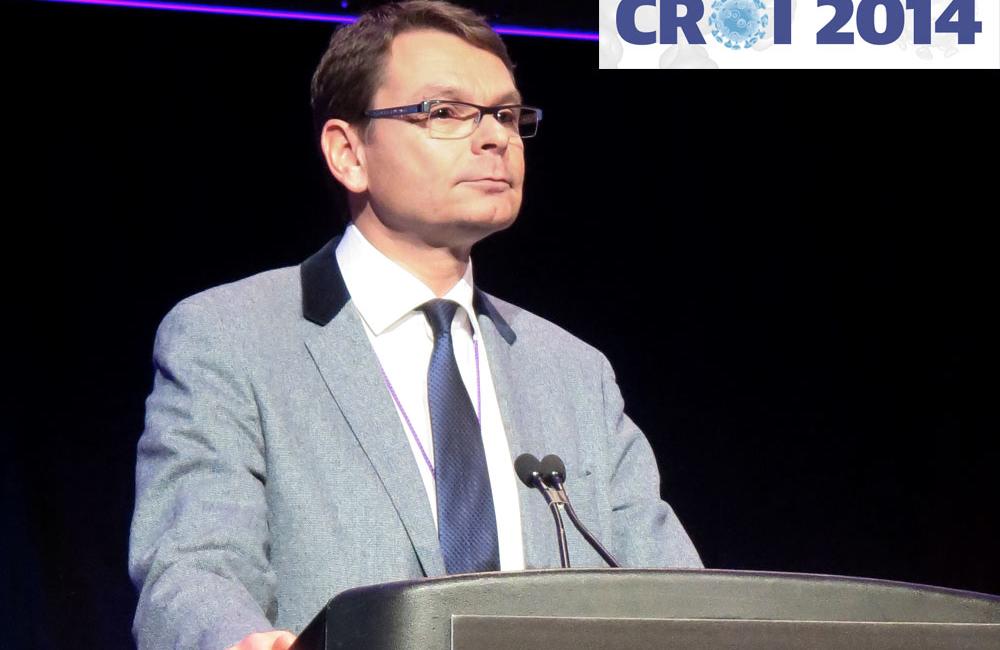 An all-oral regimen of daclatasvir plus simeprevir, without interferon or ribavirin, led to sustained response in 85 to 95% of people with hepatitis C genotype 1b, but this combination did not work well against genotype 1a, researchers reported last week at the 21st Conference on Retroviruses and Opportunistic Infections (CROI) in Boston.

The advent of direct-acting antivirals that target different steps of the hepatitis C virus (HCV) lifecycle has begun to bring about a revolution in treatment, curing more people in a shorter time without the side-effects of interferon. As new medications emerge from the development pipeline, people with hepatitis C and their doctors are eager for more data about which drugs work best in which combinations and for which patients.

Christophe Hézode from Hôpital Henri Mondor in Paris presented findings from LEAGUE-1, a multi-centre European trial evaluating the safety and efficacy of a dual oral regimen of daclatasvir plus simeprevir for treatment-naive people and prior null responders with genotype 1 chronic hepatitis C.

The daclatasvir/asunaprevir combination has been submitted for approval in Japan, and the US FDA has designated it as a 'breakthrough therapy' for expedited review. Daclatasvir is pending European Union approval for use with other direct-acting agents.

The main part of the LEAGUE-1 trial (AI444-062) included 147 participants with HCV genotype 1b, including 104 previously untreated patients and 43 prior null responders. Null responders had little or no response to a prior attempt at interferon-based therapy and are considered the most difficult group to treat. An exploratory part of the study looked at 21 people with harder-to-treat HCV genotype 1a.

Just over half of the study participants with HCV genotype 1b were women, more than 90% were white and the median age was approximately 55 years. The participants with genotype 1a were mostly white men. In both genotype groups more than one-quarter of treatment-naive patients – but no more than 5% of null responders – had the favourable IL28B gene variant associated with good interferon responsiveness. About 15% of untreated patients had liver cirrhosis, as assessed by biopsy or FibroScan, rising to 40% of null responders. (The overall proportion of participants with advanced fibrosis or cirrhosis was capped at 35% in the trial protocol.)

Participants with genotype 1b were randomly assigned to receive 30mg once-daily daclatasvir plus 150mg once-daily simeprevir, either with or without weight-based ribavirin. After 12 weeks of treatment they were re-randomised to either stop all treatment or continue their assigned regimen for an additional 12 weeks. In the exploratory part, all participants with genotype 1a received daclatasvir, simeprevir and ribavirin for 24 weeks.

Simeprevir is processed by the CYP450 enzyme system and can interact with other drugs including daclatasvir. Previous pharmacokinetic studies in healthy volunteers without hepatitis C showed that daclatasvir levels doubled when combined with simeprevir. The 30mg dose used in LEAGUE-1 was based on these findings, but the researchers noted that daclatasvir exposure was "less than anticipated" in this study.

Among genotype 1b treatment-naive participants, sustained virological response rates at 12 weeks after completing treatment (SVR12) were 85% with the dual daclatasvir and simeprevir regimen, and 75% with the triple daclatasvir, simeprevir, and ribavirin regimen in an intent-to-treat analysis. In an observed analysis excluding people with missing data at week 12, the SVR12 rates were 90 and 83%, respectively.

Turning to the genotype 1b prior null responders, SVR12 rates were 65% with the dual regimen and 95% with the triple regimen in an intent-to-treat analysis. In an observed analysis, the corresponding rates were 79 and 95%, respectively.

Of the 15 cases of observed viral breakthrough during therapy, 11 occurred at or before treatment week 8. Of the six people who experienced post-treatment relapse, two were treated for 12 weeks, three for 24 weeks, and one stopped treatment prematurely after two weeks.

Daclatasvir and simeprevir were generally safe and well tolerated. Nine per cent of people taking the dual regimen and 4% who used ribavirin experienced serious adverse events; 3% and 2%, respectively, discontinued treatment due to adverse events. Eight people developed elevated bilirubin, all but one of them in the ribavirin arms. No one in either arm reported serious anaemia, a potential side-effect of ribavirin.

Based on these findings, the researchers concluded that the all-oral combination of low-dose 30mg daclatasvir plus 150mg simeprevir, both once daily, with or without ribavirin "achieved SVR12 rates of 75-85% in treatment-naive patients and 65-95% in prior null responders with genotype 1b infection," while there was a "high rate of virologic breakthrough in genotype 1a null responders."

Hézode said response rates were similar in ribavirin-containing and ribavirin-sparing arms, "suggesting it’s possible to treat these patients without ribavirin." Likewise, SVR rates "seem similar" in people with and without cirrhosis. Finally, the results suggest that 12 weeks of therapy is "optimal," and there was not a significant difference with longer treatment.

Further studies of daclatasvir in direct-acting antiviral studies – including those with simeprevir – will use the recommended 60mg dose of daclatasvir, the researchers noted.