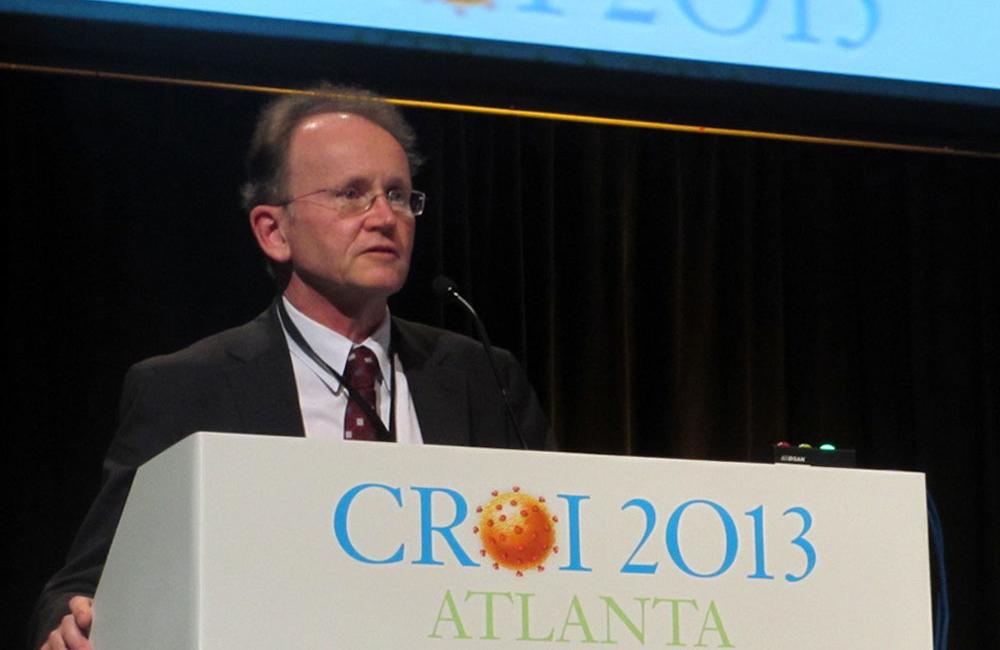 An interferon-free regimen containing sofosbuvir (formerly GS-7997), ledipasvir (formerly GS-5885) and ribavirin produced a 12-week post-treatment sustained virological response (SVR12) rate of 100% for both treatment-naive hepatitis C patients and prior interferon non-responders, according to data presented yesterday at the 20th Conference on Retroviruses and Opportunistic Infections (CROI 2013) in Atlanta.

Direct-acting antiviral agents that target different steps of the hepatitis C virus lifecycle have ushered in a new era of treatment, but many patients and clinicians are awaiting all-oral therapy that avoids interferon and its difficult side-effects.

"Adding ledipasvir increased the efficacy of sofosbuvir plus ribavirin".

ELECTRON investigators initially tested a simple 12-week regimen of the once-daily nucleotide analogue HCV polymerase inhibitor sofosbuvir plus 1000-1200mg weight-based ribavirin for previously untreated people with easier-to-treat HCV genotypes 2 or 3. As reported at the 2011 AASLD Liver Meeting, that regimen cured 100% of these patients.

The ELECTRON researchers then looked at genotype 1 patients, both treatment-naive and null responders to previous interferon-based therapy. As Gane reported at CROI last year, sofosbuvir/ribavirin alone was not adequate for this harder-to-treat population. While participants saw a rapid decline in HCV RNA and had undetectable viral load at the end of therapy, some treatment-naive patients and almost all prior null responders relapsed, resulting in cure rates of 84% and 10%, respectively.

The investigators then asked whether adding a second direct-acting agent – the NS5A replication complex inhibitor ledipasvir – could increase cure rates for people with HCV genotype 1. Studies to date have shown that drugs in this class are highly potent and well tolerated.

The analysis included 25 treatment-naive participants and nine prior null responders. Two-thirds of the naive participants were women, whilst 78% of the experienced patients were men. Overall, about 90% were white and the average age was 48 years. Most had unfavourable IL28B gene patterns (only one-third of the treatment-naive and none of the experienced patients had the favourable CC pattern associated with good interferon response). More than 80% had the more difficult-to-treat HCV subtype 1a and baseline HCV RNA levels were high.

After four weeks on treatment, all treatment-naive patients and all but one null responder had rapid virological response and reached undetectable HCV RNA. By the end of the 12-week course of therapy, the remaining null responder also achieved viral suppression, yielding end-of-treatment response rates of 100% for both groups. At both 4 and 12 weeks post-treatment, all participants in both groups maintained undetectable HCV viral load and achieved SVR12, considered a cure.

The triple combination regimen was generally safe and well-tolerated. Two people (8%) experienced serious adverse events and one person (4%) stopped treatment for this reason. The most common side-effects were anaemia (20%), depression (8%) and headache (4%). About 44% experienced grade 3 laboratory abnormalities including anaemia.

Based on these findings the ELECTRON researchers concluded, "Adding ledipasvir increased the efficacy of sofosbuvir plus ribavirin".

Gilead is currently testing a fixed-dose coformulation containing sofosbuvir and ledipasvir in a phase III trial. Investigators will also look at a dual combination of sofosbuvir plus ledipasvir without ribavirin, as adding ledipasvir lowers the risk of relapse and may make ribavirin unnecessary for some or all patients.