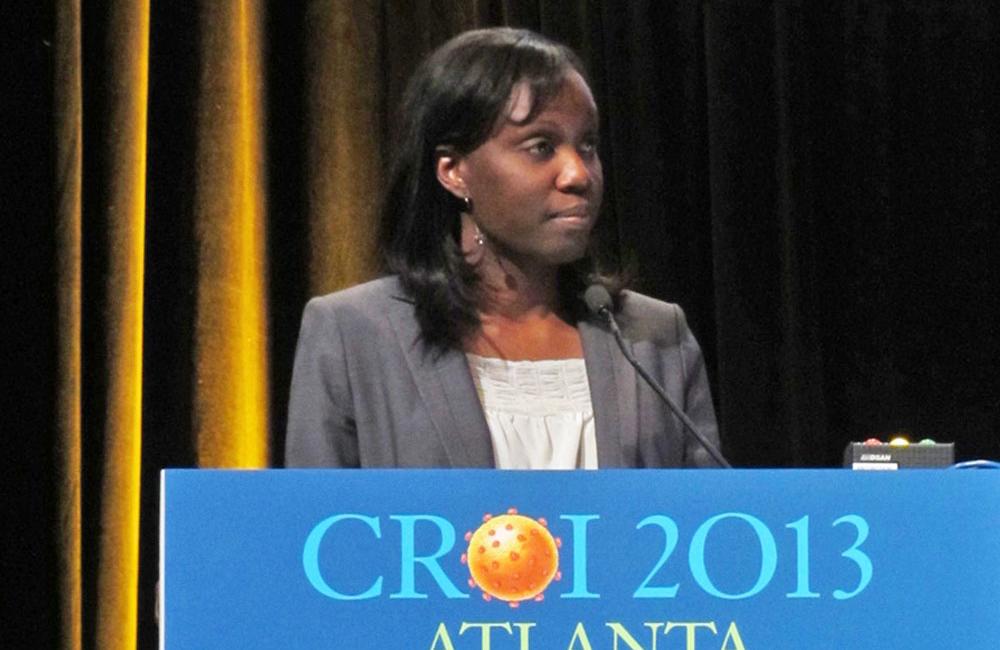 A simple 24-week oral regimen consisting of sofosbuvir plus full-dose ribavirin cured nearly 70% of previously untreated people with genotype 1 hepatitis C, many of whom had factors predictive of poor response, researchers reported last week at the 20th Conference on Retroviruses and Opportunistic Infections (CROI 2013) in Atlanta.

Direct-acting antiviral agents that target various steps of the hepatitis C virus (HCV) lifecycle have brought about a new era of treatment for chronic hepatitis C. But many patients and clinicians are waiting for all-oral regimens that omit interferon, which must be injected weekly and often causes difficult side-effects including flu-like symptoms and depression.

Anu Osinusi from the National Institute of Allergy and Infectious Diseases and colleagues tested a two-drug, interferon-free regimen in a small phase IIa study of difficult-to-treat patients in inner-city neighbourhoods of Washington, DC, an area with a high rate of poverty and limited access to health services. Osinusi noted that the prevalence of hepatitis C in Washington is approximately 1.8%, representing more than 13,000 cases.

The SPARE Study evaluated Gilead Sciences' nucleotide analogue HCV polymerase inhibitor sofosbuvir (formerly GS-7977) plus ribavirin. Sofosbuvir is taken by mouth once daily and studies so far indicate it is well tolerated and appears to have a high barrier to resistance. As ribavirin can cause anaemia, the researchers tested whether starting with a lower dose could reduce side-effects without compromising effectiveness. The study also aimed to learn more about host and viral factors that predict treatment response.

The study was done in two parts. In Part 1, ten people with absent-to-moderate liver fibrosis (stage F0-F2) were treated for 24 weeks with 400mg once-daily sofosbuvir plus weight-based ribavirin, dosed at 1000mg/day if weight was less than 75kg or 1200mg/day if 75kg or more.

Part 2 included 50 people with all stages of liver disease, including about one-quarter with advanced fibrosis or compensated cirrhosis (stage F3 or F4). They were randomly assigned to receive sofosbuvir with either weight-based ribavirin or a lower fixed dose of 600mg/day regardless of weight.

In Part 2, about 70% of participants were men, the median age was 54 years and about half were considered obese. About 80% were African American, a group that responds poorly to interferon largely due to a lower frequency of the favourable IL28B CC gene pattern, which was seen in only 16%.  Approximately 70% had the more difficult-to-treat HCV sub-type 1a and about 60% had high baseline viral load.

The Part 1 proof-of-concept analysis showed a 90% sustained virological response rate at 12 weeks post-treatment (SVR12), rising to 100% in a modified analysis of all participants treated for at least 8 weeks.

Looking at the larger population in Part 2, HCV RNA declined rapidly across the board, with almost all participants reaching undetectable viral load by week 4. Response rates remained high at the end of 24 weeks of treatment, 96% in the weight-based ribavirin group and 88% in the low-dose arm.

But some participants began to relapse soon after stopping treatment, especially in the low-dose ribavirin group. Sustained response rates at week 4 post-treatment (SVR4) were 72 and 56%, respectively. A few later relapses also occurred, resulting in SVR12 rates – considered a cure – of 68 and 48%. No new drug resistance mutations were detected amongst relapsers.

Although the difference between the weight-based and fixed-dose ribavirin groups did not reach statistical significance, Osinusi said, "clearly, low-dose [response] was lower".

Looking only at people who completed at least 8 weeks of therapy, there were no viral breakthroughs during treatment. The corresponding SVR12 rates were 71 and 55%, respectively. In other words, relapse rates were 29% with weight-based ribavirin and 45% with low-dose ribavirin.

Looking more closely at HCV RNA decay in a subset of patients, the researchers saw that viral decline after starting treatment was slower amongst people who eventually relapsed compared with sustained responders, with clearance occurring in 3.6 vs 5.6 days on average.

In both groups, HCV clearance was associated with rapid normalization of alanine aminotransferase (ALT) liver enzyme levels, a biomarker of liver inflammation. All participants had pre-treatment biopsies and about 70% did so again after finishing treatment. This is unusual and Osinusi explained that the second biopsy was optional. Biopsy findings showed a significant improvement in liver inflammation. There was no improvement in fibrosis in just six months, but follow-up will continue.

Host and viral factors associated with relapse included lower baseline viral load (HCV RNA <800,000 IU/ml), male sex and using low-dose rather than weight-based ribavirin. Having worse fibrosis or cirrhosis also seemed to predict poorer response, but only a small number (13 patients) had advanced liver disease and the difference did not reach statistical significance.

Laboratory abnormalities, however, differed according to ribavirin dose. Four people (16%) in the weight-based group developed anaemia compared with just one (4%) in the low-dose group. The same difference was seen in frequency of elevated bilirubin. Elevated phosphate occurred in eight people (32%) in both arms.

"In an inner-city population of HCV genotype 1 subjects with negative treatment predictors, an interferon-free regimen of sofosbuvir with weight-based ribavirin was effective in achieving high SVR rates," the researchers concluded.

Early results from the ELECTRON trial – which looked at a different patient population so cannot be directly compared with SPARE – showed that sofosbuvir plus full-dose ribavirin for 12 weeks worked very well for previously untreated people with easier-to-treat HCV genotypes 2 or 3, yielding an SVR24 rate of 100%. Sustained response rates were lower for people with more challenging disease, however, falling to 84% for previously untreated genotype 1 patients, 68% for treatment-experienced genotype 2/3 patients and a dismal 10% for genotype 1 prior null responders.

ELECTRON researchers reported last week that adding a third oral drug, Gilead's NS5A inhibitor ledipasvir (formerly GS-5885), brought cure rates back up to 100% for both genotype 1 treatment naive and null responders, and that combo is now being tested without ribavirin. Similarly impressive results were seen with the two-drug ribavirin-sparing regimen of sofosbuvir plus Bristol-Myers Squibb's NS5A inhibitor daclatasvir (formerly BMS-790052).

At a CROI press conference, Osinusi explained that SPARE started in 2011, when only the genotype 2/3 ELECTRON data had been released. "Going forward, it's clear that combining some direct-acting agents might be more beneficial than single agents," she said.

Many controlled clinical trials do not enrol the most challenging patients in terms of biological, demographic or socioeconomic factors, so their results may look better than those seen in 'real world' clinical practice. But the SPARE study shows that even many difficult-to-treat people can do well on a simple oral regimen, especially if selected based on factors that predict response.