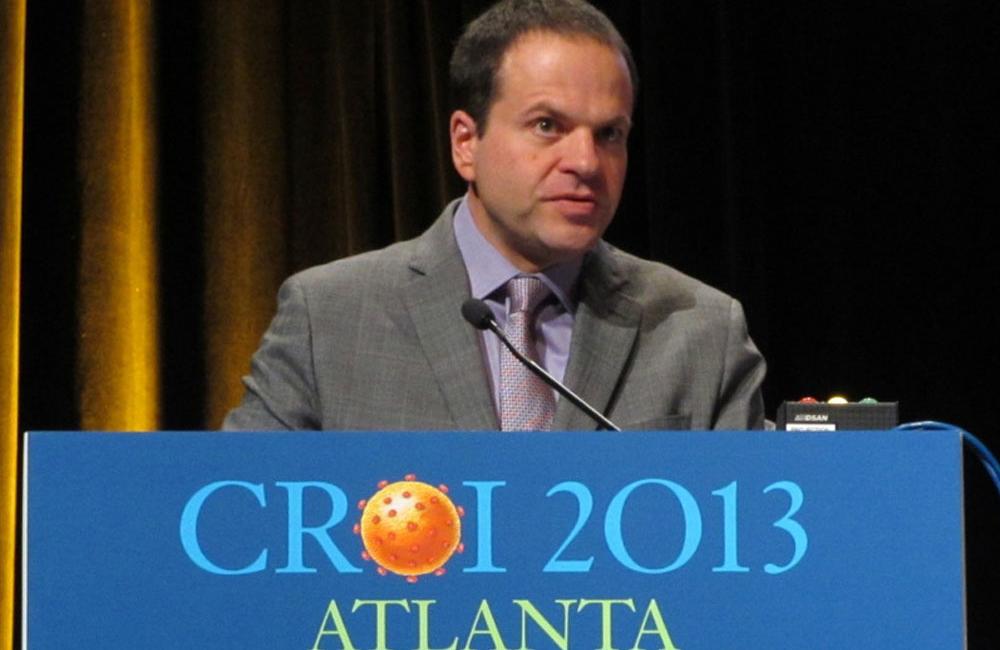 All-oral regimens consisting of the HCV protease inhibitor ABT-450, a non-nucleoside polymerase inhibitor and ribavirin led to sustained response for more than 90% of previously untreated hepatitis  C patients – including those with unfavourable IL28B gene patterns – but only about half of prior non-responders, researchers reported earlier this month at the 20th Conference on Retroviruses and Opportunistic Infections (CROI 2013) in Atlanta.

Direct-acting antiviral agents that target various steps of the hepatitis C virus (HCV) lifecycle have brought about a new treatment paradigm for chronic hepatitis C, and many patients and clinicians are eagerly awaiting all-oral regimens without interferon.

All 12-week regimens included the once-daily HCV NS3/4A protease inhibitor ABT-450, boosted with ritonavir (Norvir) to achieve adequate levels in the body (ABT-450/r). They also included a non-nucleoside HCV NS5B polymerase inhibitor – either ABT-072 taken once daily or ABT-333 taken twice daily – and 1000 to 1200mg/day weight-based ribavirin.

About 70% of participants overall were men (though this varied from about one-half to 100% in different treatment arms), about 80% were white and the average age was approximately 53 years. About 80% had more difficult-to-treat HCV sub-type 1a. In Cohort 4, about 60% were prior partial responders (still-detectable HCV RNA at the end of previous interferon-based therapy) and the rest null responders (less than a 2-log10 decline in HCV RNA).

Enrolment in Cohort 1 was restricted to patients with the favourable IL28B CC gene pattern, which is associated with good interferon response; its role in interferon-free therapy is not yet clear. In Cohort 2 half had the CC pattern, about one-third had the CT (intermediate) pattern and about 10% were TT (least favourable). In Cohort 3 the CC and CT proportions were reversed. In Cohort 4 no one had the CC pattern (typical of non-responders) whilst about 70% were CT and 30% TT. People with HIV and hepatitis B co-infection were excluded.

In Cohort 1 – the sole arm testing ABT-072 – 91% of patients achieved sustained virological response, or undetectable HCV RNA at 24 weeks post-treatment (SVR24) whilst two people (18%) relapsed, one early and one late.

For the more challenging treatment-experienced participants in Cohort 4, the SVR24 rate fell to just 47%. Looking further out at 48 weeks post-treatment (SVR48), six people experienced viral breakthrough while on therapy and three relapsed after finishing treatment.

Further analysis found that most people with virological failure showed evidence of two-class resistance. One person who experienced viral breakthrough had a resistance mutation at NS3 protease position D168 at baseline, and almost everyone else with on-treatment breakthrough or post-treatment relapse showed such mutations at the time of failure. NS5B polymerase mutations were more variable, many involving positions G554 or S556.

Turning to safety, all combinations were generally safe and well tolerated. The most common side-effects were fatigue, nausea, headache and dizziness. About 13% had elevated bilirubin, which Lawitz explained was due to a known effect of ABT-450 on a bilirubin-transporter protein in the liver. There were no serious adverse events or deaths, and just one person in Cohort 2 stopped treatment early due to side-effects. Efficacy and side-effects did not differ significantly between the 150mg and 250mg ABT-450 doses.

"We're in a state of a paradigm shift to the era of direct-acting antivirals," Lawitz said at an accompanying CROI press conference. "For those with mild-to-moderate disease, as timelines for approval [of direct-acting drugs] firm up, we're using interferon less and putting more people in the warehouse" to wait for interferon-free treatment.

A webcast of the session in which this research was presented, Advances in Hepatitis Therapy, is available on the conference website.