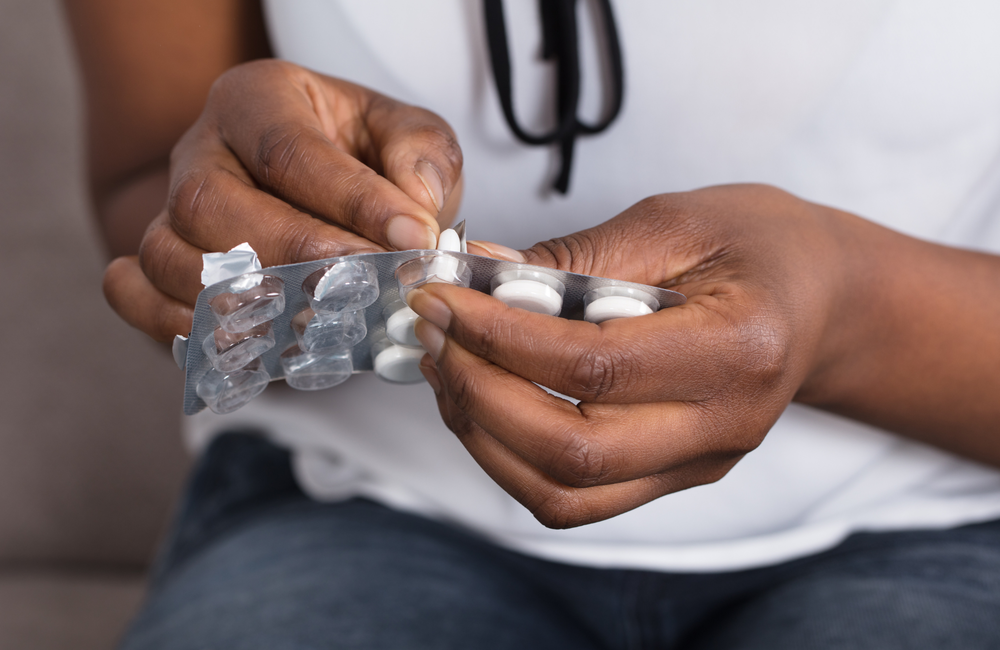 A study analysing data from four African countries found that people living with HIV who switched to a dolutegravir-based antiretroviral regimen had a four-fold increase in average weight gain, compared to the year before the switch.

The World Health Organization endorsed dolutegravir as part of first-line antiretroviral therapy in 2018. It is a preferred antiretroviral medicine, for a range of reasons: it suppresses viral load very quickly, is well tolerated, shows fewer side effects and fewer drug-drug interactions, has a higher genetic barrier to developing drug resistance (as compared to efavirenz which it has replaced), and is required in small doses (making it easier for it to be combined into a user-friendly three-in-one antiretroviral pill).

This study by Dr Allahna Esber and colleagues published in the Journal of the International AIDS Society looked at data from the African Cohort Study (AFRICOS) from 2013 to 2020. AFRICOS enrolled 3556 participants in Uganda, Kenya, Tanzania and Nigeria, including 2950 people living with HIV. AFRICOS recorded data on body weight, body mass index (BMI) and waist to hip ratio once every six months.

Dr Esber’s study examined how weight and BMI changed among those who switched to the new antiretroviral regimen of tenofovir, lamivudine and dolutegravir since 2018, as compared to those who did not switch. It looked at the data of 1433 people who switched to the dolutegravir-based regimen and 1485 people who continued with their old regimens. Most of those who made the regimen switch were above 40 years of age (59%) whereas the majority of those who did not switch were below 40 (63%).

It is important to note that among those who switched to the new regimen, the proportion of females was much lower (48%) than among those who did not switch (69%). Another recent study highlighted similar concerns regarding lower uptake of dolutegravir among females in eleven low and middle-income countries (which incidentally included three of the four countries where Esber et al did their study).

The study data also shows that at the time of regimen switch, 46% of those who did not switch to the new regimen, and 30% of those who made the switch, had a high viral load of more than 1000 copies – showing that they were not responding well to the treatment. This is of concern: HIV programmes need to ensure that all people living with HIV are not only receiving lifesaving antiretroviral therapy but are also responding to it.

It is noteworthy that at the time of transition to the new regimen, among all participants (including those who did not switch to the new regimen), the median weight was 62.6 kg and the median BMI was 22.5 kg/m2. BMI varied by sex: the number of females who had BMI more than 25 kg/m2 (healthy BMI range is 18.5 to 24.9 kg/m2) was two and a half times more than that of males at the time of switch.

After one year of switching to the new regimen, study participants showed an average weight gain of 1.46 kg per year as compared to 0.35 kg per year before the switch. In the second year of the new regimen, the average annual increase in weight was slightly less at 1.36 kg.

However, in the subset of virally suppressed people who switched to the new regimen, weight gain was still higher. They gained six times more average weight after one year of the regimen switch – from 0.24 kg per year before the switch to 1.54 kg per year after the switch.

Comparing with those who didn’t switch, those who switched to the new regimen had an average weight gain of 0.68 kg more, and an average BMI gain of 0.24 kg/m2 more, after one year.

One year after the switch, women had an additional BMI gain of 2.36 kg/m2 in comparison to men. Also, more than one-third (37%) of those who gained weight were already overweight (BMI  over 25 kg/m2) at the time of the regimen switch.

This study adds to the emerging evidence that dolutegravir-based antiretroviral regimens result in substantially higher weight gain as compared to other regimens. This can lead to increased risk of metabolic diseases in people living with HIV.

However, the study observed participants only two years into their new regimen. The authors rightly caution: “It will be important to monitor for continued weight gain among men and women beyond the first two years after tenofovir/lamivudine/dolutegravir switch, which could predispose to potential downstream metabolic effects. Morbidity linked to dolutegravir will need to be further investigated, particularly in older age groups at risk for multiple non-communicable diseases.”