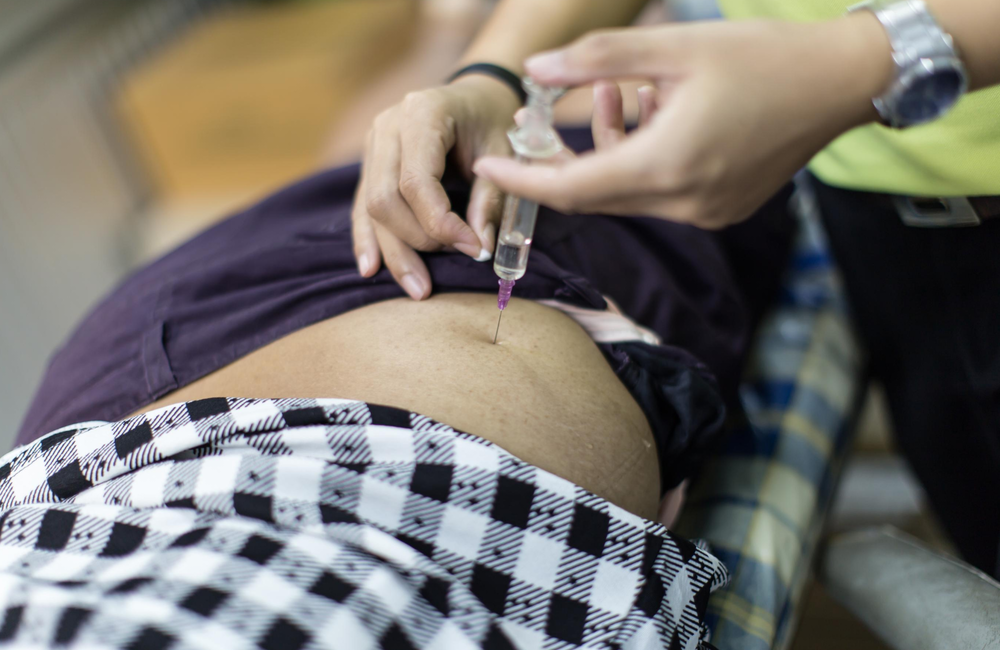 A French study of pre-existing mutations in different subtypes of HIV – both alterations due to drug resistance and naturally-occurring ones – has found that a significant proportion of people starting HIV treatment had mutations in their HIV which, while not necessarily affecting the performance of injectable cabotegravir/rilpivirine in themselves, could predispose them to virological failure when other factors such as poor adherence or lower absorption are present.

Dr Charlotte Charpentier and colleagues recommend that all patients being considered for injectable cabotegravir/rilpivirine should be given a resistance test before starting. They suggest that a cautious interpretation of their findings would be that 10% of patients might not be eligible for the injectable antiretroviral therapy (ART) combination on the basis of a higher likelihood of drug failure.

Formulations of the integrase inhibitor HIV drug cabotegravir and the non-nucleoside reverse transcriptase (NNRTI) drug rilpivirine were licensed for use as the first injectable ART at the end of last year. In Europe the two drugs, branded separately as Vocabria and Rekambys, can be given every month or every two months. In the US, the two drugs are co-branded as Cabenuva, but are currently only licensed for monthly injection.

The two phase III studies that led to the licensing of this innovative therapy, ATLAS and FLAIR, found very low rates of virological failure (i.e. failure due to drug resistance rather than other factors like adherence) with only 1.6% and 2.1% of patients experiencing it in the respective trials.

For the new study, the researchers studied existing resistance test results in 4212 patients from three Paris hospitals between 2010 and 2020. These patients were all tested before they started taking ART, so the resistance mutations were not acquired on treatment.

The third most common was subtype A, in just over 5% of people. To British and African readers, subtype A may be most familiar at the one most common in Kenya and other east African countries. However, at some point a variety called subtype A6 split off and is now the predominant strain in Russia and the other former Soviet countries, and much of central Europe. This is relevant, because people with subtype A6 may have a heightened risk of failure to cabotegravir. Most (85.5%) of people with subtype A had the A6 variety.

The NNRTI resistance mutations the researchers found are ones already known to be circulating in the viral population and which have arisen during treatment ever since the class of NNRTIs started being used in the late 1990s. The one most relevant to rilpivirine was E138A, which reduces the efficacy of the drug twofold, and was carried by 3.2% of the patients. The other relevant one was Y181C, carried by 1% of patients, which reduces the efficacy of rilpivirine threefold. No NNRTI resistance mutations were more or less common in non-B subtypes, were at levels seen in other studies, and seemed to stay at a steady level over ten years.

There were very few samples with the most significant transmitted drug resistance mutations to cabotegravir and other integrase inhibitors. Just 0.4% of patients had transmitted resistance mutations at positions 66, 138 and 263 of their HIV integrase gene, which are among the ones seen in drug failure. Using conventional algorithms that predict drug failure, only 31 (0.74%) of samples would be resistant to cabotegravir.

This, however, is where polymorphisms come in. Polymorphisms are mutations that arise spontaneously in the course of viral reproduction, not just in response to selective pressure from the presence of a drug. Essentially they arise because that particular change in the genome confers no strong disadvantage, but also no strong benefit. Polymorphisms are a kind of speciation – a drift apart of one viral type from another that eventually ends up with distinct subspecies.

In the integrase gene, a change from the amino acid at position 74 in the integrase gene from leucine to either isoleucine or methionine –L74I or L74M – was not uncommon in all 4221 patients, with a frequency of 15.4%. But it was much more common in people with HIV subtype A, with nearly half (49.5%) of them having it, and a majority of people with HIV subtype A6 – in fact it is almost a signature polymorphism of A6.

In addition, viruses can also carry a polymorphism at position 138 in the reverse transcriptase gene. This polymorphism has already been mentioned above because it does, in fact, slightly impact on the efficacy of rilpivirine, though this is not usually in itself enough to produce virological failure.

In summary, while drug resistance as normally defined was rare against cabotegravir at 0.73% of samples, and very rare against both drugs, at 0.09% (just four samples), it was more common for rilpivirine, at 7.3% of samples.

So far the evidence that they would actually fail against the injectables is fairly circumstantial. It has been known since 2018 that cabotegravir has a lower genetic barrier to resistance than either of the two other most recent oral integrase inhibitors, dolutegravir and bictegravir. In the phase III clinical trials, patients with either HIV subtype A1 or A6 were 6.6 times more likely to have virological failure than others, and in the FLAIR and ATLAS trials, five out of six patients who had confirmed virological failure were from Russia and were likely to have subtype A6. However, they did not develop significant cabotegravir resistance mutations; instead, those that developed any tended to have E138A.

So far, then, the data shows that certain non-B subtypes – which were less well represented in the licensing trials of the injectables – are more likely to have mutations associated with drug failure. (Incidentally, the CRF02_AG west African subtype has its own integrase polymorphism, E157Q.)

This implies that in these early days of using injectables – which cannot be changed or stopped quickly in the event of a rebounding viral load – it would be wise to be cautious, as slowly declining drug levels in a patient with unsuppressed virus is an ideal way to amplify what would be insignificant mutations into significant ones.

One subject not covered by the present study is the use of cabotegravir on its own as pre-exposure prophylaxis (PrEP). Pre-existing resistance patterns in circulating HIV subtypes could influence efficacy here too, as data from the HPTN 083 study has shown that the use of injectable PrEP can “disguise” acute HIV infections that were acquired just before PrEP injections were started, and can also disguise breakthrough infections.

Again, the suppression of viral replication to a low level with only one drug could lead to a situation of gradual cabotegravir failure and subsequent resistance. Careful monitoring needs to be done to see if this situation is more likely with certain viral subtypes.