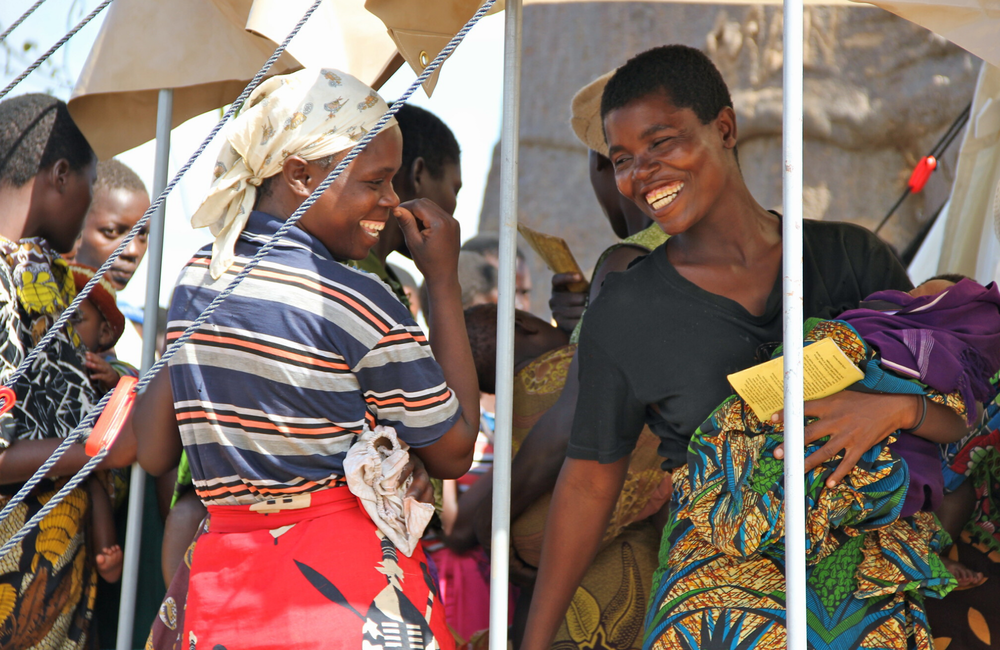 'The next generation of mums in Malawi'. Lindsay Mgbor/Department for International Development. Creative Commons licence. Image for illustrative purposes only.

Researchers in Malawi interviewed women to explore their views about joining HIV prevention trials during pregnancy and found that many women would want to take part in PrEP studies if they were asked.

Several studies have shown that women who are pregnant have a greater risk of acquiring HIV for a range of biological and social reasons, including low levels of HIV testing by their male partners. But there is limited evidence regarding the safety, dosing, and efficacy of PrEP during pregnancy. Researchers usually exclude pregnant women from taking part in clinical trials of PrEP. They also usually require women of reproductive age to take contraception, and women who do become pregnant are usually removed from the study. If women were able to take part in HIV research while pregnant, would they want to? Researchers from the University of North Carolina led a study of women in Lilongwe in Malawi to find out.

The US researchers worked closely with colleagues in Malawi. They enrolled 35 women for in-depth interviews. Overall, just over half of them were 25 to 34 years old, and 29% were less than 25 years. About three-quarters (77%) had received some formal education. A large majority (89%) were either formally married or living with their partner.

The study’s main focus was on women’s answers to three hypothetical scenarios. In these, they were asked their views on what they would do if they were pregnant and were asked to enroll in:

Interviews were conducted in the Malawian language Chichewa rather than in English.

Uppermost in women’s minds was a desire to protect themselves and their offspring. As one woman put it:

“If I am taking the medicine I will be protected ... and I would also protect the unborn child.”

Risk to the unborn baby was not raised explicitly by the interviewers, but was raised by a minority of the women as reason not to take part in studies.

Power imbalances within relationships were also given as a significant reason to take part in PrEP studies, as this woman commented:

“I think this ring research is good because maybe some husbands are cruel and they would just want to have sex with you when you don’t expect it. So with the ring, you would be safe to say, ‘Even though he has done this, I am protected’.”

Social influences from family and from wider community acted on the women in various ways. Sometimes friends encouraged women to consider taking part. However, social influences were sometimes a deterrent. This was the case for one woman who was concerned about a wider lack of awareness of taking drugs to prevent acquiring HIV:

“A person does not take drugs for a disease he is not suffering from. Every time you take them people will be wondering what drug you are taking. They will think they are HIV drugs/ARVs and won’t believe if you deny it.”

Altruism, a concern for others, was also a reason given for taking part:

“(W)hen you are pregnant… you are at risk. So if they test the medicine on me… in the future it helps other people.”

HIV prevalence in Malawi is 9% so many people are at risk of acquiring HIV. The current unavailability of PrEP in any form outside trials, along with the social and medical advantages of HIV prevention methods that are controlled by women, show the importance of continuing studies in this area. This study illustrates the desire of women themselves to participate in research exploring PrEP methods during pregnancy.

The researchers observe that because HIV preventative methods such as these were not available in Malawi outside a research context, participation in the research scenarios would provide a benefit that is otherwise denied to these women. Whether or not a supply of PrEP in some form would continue after such a trial was not explored.

Full image credit: 'The next generation of mums in Malawi'. Lindsay Mgbor/Department for International Development. Available at www.flickr.com/photos/dfid/7496322474/ under a Creative Commons licence CC BY-NC-ND 2.0.

“We are starting to see some movement,” says The Well Project’s Dawn Averitt of the inclusion of women in HIV clinical trials—but more changes are needed.
TheBodyPro
31 Oct 21
More editors' picks