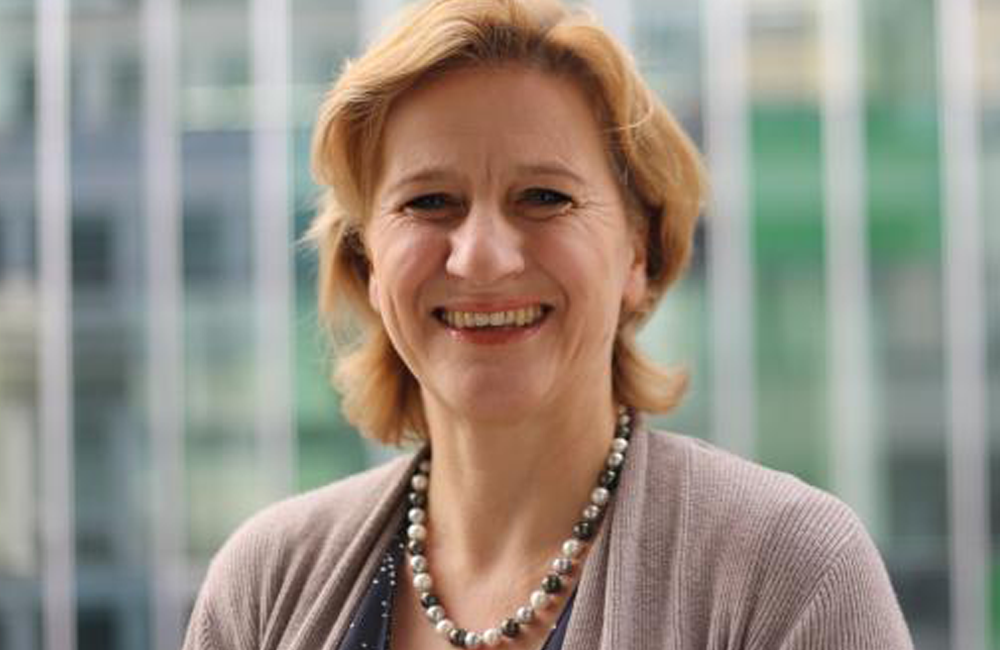 Access to sexual and reproductive health and rights includes safe and legal abortion care but, for many women in Europe, significant barriers remain. Caroline Hickson is Regional Director of the International Planned Parenthood Federation European Network (IPPF EN). We spoke to Caroline about access to abortion across the region and IPPF EN’s advocacy work.

You work across countries with very different laws and policies on abortion. Where is there good access to abortion care and where is access most challenging?

Unfortunately, the big picture is that there are still obstacles to reproductive freedom and abortion care everywhere in Europe.

Even where you have supportive legislation, you don’t necessarily have good access to abortion care. Italy is a good example of a country where you have a legal right to abortion, but when you actually get down to it, between 80 and 90% of doctors deny abortion care on so-called grounds of conscience. In reality, it’s less to do with conscience and more to do with the institutional context in Italy. Hospital management is very conservative and can be quite closely linked to the Vatican. If a doctor chooses to provide abortion care, they risk isolation and discrimination and their career progression can be limited.

A lot of countries have gestational limits in cases where a woman’s life or health is in danger, and even in cases of rape or severe malformation that can only be detected at a very late gestational age; these vary across the region. Italy and Portugal have a limit of up to 12 weeks for abortion on demand, whereas in Bulgaria the limit is 21 weeks depending on the health of the woman. In Finland and the Netherlands, the limit is 24 weeks if the woman’s health is at risk, so women can access care when they need it.

In other countries there are other barriers, like needing more than one doctor to approve abortion care. In Albania and Estonia, you need three doctors and, in Latvia, France, Austria, Ukraine and Israel, in some cases you need a whole committee of professionals. It is simply not the case that a woman is trusted to understand what she needs and the care she needs, and to decide that privately with her doctor. You have to be put in the hands of a committee and there is no guarantee that you won’t face bias.

Then you also have costs. The direct costs of abortion really vary in our region. In Serbia, for example, it can cost between 41 and 50% of the average monthly wage, and in Azerbaijan up to 70%. You might have access to abortion on paper, but if you simply can’t afford to pay for it, there is no access.

There are some countries with better access to abortion care. The Netherlands is one; North Macedonia has just passed a fairly progressive abortion law; and you do have countries where the costs are low because the state has included it in their universal care system, but often only for part of the population, so for example, in many countries, vulnerable groups like undocumented migrants, asylum seekers and very poor uninsured women are not properly covered.

How is the current political climate affecting sexual and reproductive health and rights?

There is a very strong outside force working to ensure that even greater obstacles are put in the way of abortion care.

Even in my native country of Ireland, as soon as the referendum was passed, an investigative journalist uncovered that an American organisation was training volunteers to stand outside where women would access abortions, to try to talk those women out of abortions. I’m very proud of the Irish media because they came in and uncovered this, but it’s not unique to Ireland.

I’ve just been to Ukraine where you have an incredibly regressive anti-choice movement out on the streets, trying to reverse progress on women’s health and autonomy in family and society. The first target of these traditional retrograde forces is women’s access to reproductive freedom and privacy, particularly indoctrinating young people. I think that’s really frightening.

However, what is interesting and reassuring is that there is finally a realisation that abortion and other reproductive rights are under attack in Europe. That realisation is prompting people to stand up and say, no, this is not Europe. Abortion is a social norm in Europe and it’s been a social norm for many years in most countries. It’s underpinned by a consensus. We are really seeing people standing up for these rights. For example, Poland has a very restrictive abortion law, but when the government tried to restrict it even more, we saw an incredible outpouring of women onto the streets in protest. The very politicised use of women’s reproductive coercion in the US is also waking people up in Europe. There’s still a big risk to these freedoms that we used to take for granted and we have to take that seriously.

How does IPPF EN work with its member associations to create change?

The most important thing we do is link organisations across borders. We don’t claim to sit here in Brussels with all the knowledge! But we are connected to people who have been working on reproductive health and rights for years so, for example, when Ireland was embarking on its referendum, our member there was able to talk to our member in Portugal, who had gone through a very similar process. Linking our members and partners together is the key thing that we do.

We also aggregate what’s happening in the region as a whole, to see the bigger picture. We have just completed an abortion legislation update across 50 countries. It’s not looking at what the legislation is, because there are other reports that do that, rather it’s looking at the feedback of people on the ground on how legislation is implemented. We can pull out trends and our members can then clearly see; this isn’t just happening in my country – how are members in other countries responding to this? I think there’s a really important sense of solidarity and support. Particularly when rights are under attack, it’s important to know that you’re not alone.

Does your advocacy work include working with the European Union?

We really believe that we have to defend European values. We work with a number of members of the European parliament (MEPs) who are strongly supportive of reproductive freedom. These issues of reproductive rights and freedom are closely connected with democracy and the rule of law; with protection and care of people. There’s an increasing realisation that the forces trying to overturn those things are connected.

We work with a cross-party group in the European parliament who are known as the ‘All of Us’ group. They stand for sexual and reproductive rights and freedoms, and they signed a manifesto urging the European Union (EU) and its member states to ensure reproductive freedom.

I think the European parliament has been very strong in standing up for reproductive rights. We are opening up the discussion about what values mean in the EU and who we are as a group of European nations. Reproductive freedom for all has to be at the heart of what we stand for in Europe.

This eFeature appeared in the June 2019 edition of the Eurobulletin.