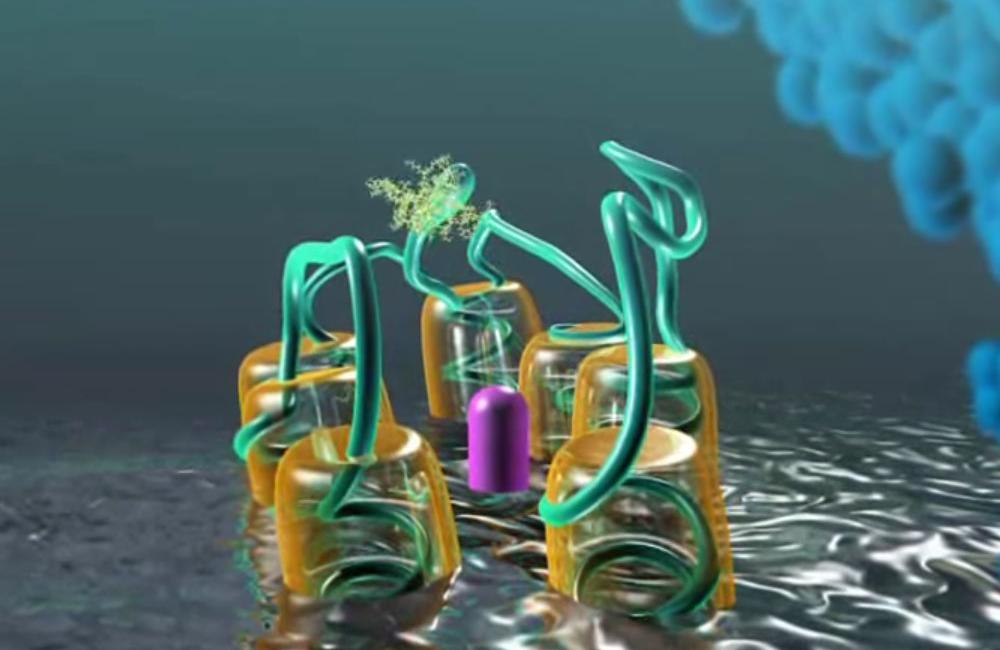 Image from the CytoDyn PRO 140 video

Subcutaneous injections of PRO 140, a monoclonal antibody that blocks HIV entry into cells, was well tolerated and maintained undetectable viral load for more than a year after stopping antiretroviral therapy (ART) in people with viral suppression, according to a study presented at the ASM Microbe 2016 meeting last week in Boston.

HIV uses two co-receptors – CCR5 and CXCR4 – along with the CD4 cell surface receptor to enter cells. PRO 140 is a humanised monoclonal antibody that works by blocking CCR5, thereby preventing HIV from getting into cells and replicating. About 70% of people with HIV in the US, and up to 90% of newly diagnosed people, have CCR5-tropic virus.

PRO 140 was initially developed by Progenics but was acquired by CytoDyn in 2012. Clinical trial data on PRO 140 have not been presented at scientific conferences or in medical journals for several years, but CytoDyn has issued numerous press releases tracking its progress.

Paul Maddon, a scientific advisor at CytoDyn, presented findings from a phase 2b trial of PRO 140 as maintenance therapy for people who had achieved viral suppression on standard combination ART.

The CD01 study included 39 HIV-positive adults with exclusively CCR5-tropic HIV (according to the Trofile DNA Co-receptor Tropism Assay), viral load below 40 copies/ml on a stable ART regimen and a CD4 T-cell count above 350 cells/mm3. More than 90% were men with a median age of 55 years.

All participants in this open-label study switched, with one week of overlap, from their ART regimen to weekly 350mg subcutaneous injections of PRO 140 monotherapy for up to 12 weeks. Those who experienced viral rebound restarted ART.

Among the 28 patients in the cohort assessing longer-term treatment, 15 people who maintained viral suppression for 12 weeks were trained to self-administer their shots and allowed to continue PRO 140 maintenance therapy for an additional 108 weeks in an extension phase. In this group 87% were men, 20% were non-white, the median age was 55, the median CD4 count was 586 cells/mm3 and they had been diagnosed with HIV for a median of 13 years.

Of these 15 participants, 10 are still on PRO 140 without ART after more than a year – and in some cases approaching two years. Among people tested with a single-copy HIV RNA assay, the lowest median viral load was 0.4 copies/ml.

Of the remaining participants, four experienced virological failure (two consecutive measurements of > 400 copies/ml) and restarted ART, while one relocated and left the study with an undetectable viral load at 47 weeks.

Participants did not show evidence of drug resistance, those with virological failure did not experience a change in HIV tropism – allowing their virus to enter using CXCR4 instead of CCR5 co-receptors – and no-one developed antibodies against PRO 140. All participants who restarted ART regained full viral suppression.

They noted that the extension phase of the study is ongoing, with a plan to further extend PRO 140 monotherapy beyond 120 weeks for patients with continued viral suppression.