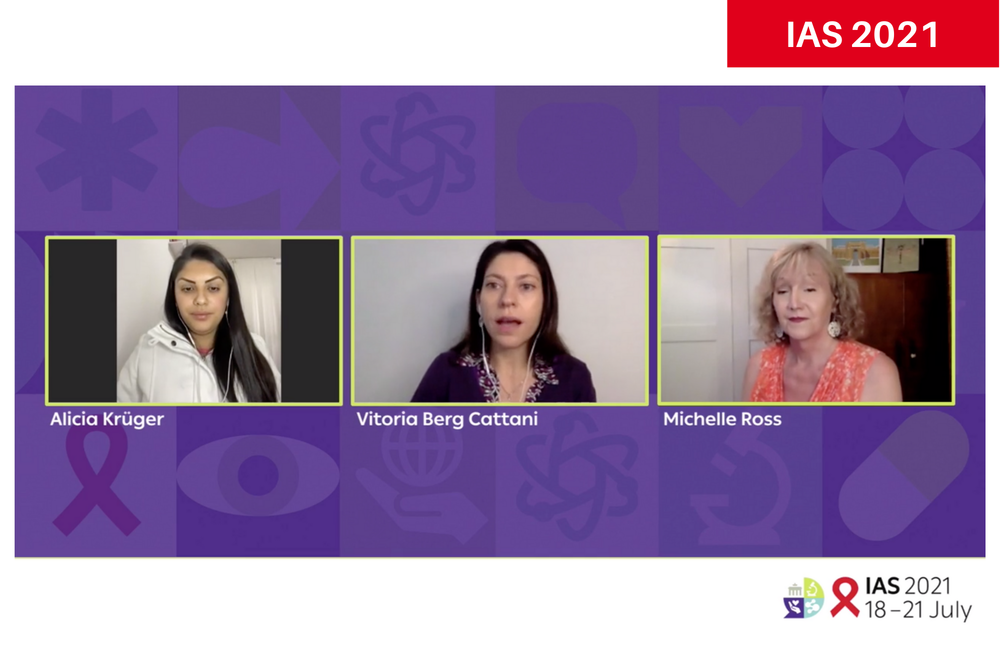 Paired studies in Brazil with transgender women who took gender-affirming hormone therapy (GAHT) and PrEP have found that levels of GAHT were not affected by PrEP, nor PrEP levels by GAHT, to a degree likely to make a clinical difference.

Presenting the studies to the 11th International AIDS Society Conference on HIV Science (IAS 2021) this week, Vitoria Berg Cattani of the Oswaldo Cruz Institute of Health (FIOCRUZ) in Rio de Janeiro commented that “our results reassure that oral PrEP and feminising hormone therapy may be used concomitantly.”

The findings back up those from other studies that have reported similar results. These have been summarised in the PrEP in Europe research briefing on PrEP in trans and non-binary people.

The effect of PrEP on hormone levels

The first study enrolled 33 transgender women at risk of HIV and focused on the effect of PrEP on GAHT. Participants started on a standardised GAHT therapy of the feminising hormone estradiol and the testosterone blocker spironolactone.

After taking this for two weeks, hormone levels in the blood were measured, not just once, but multiple times over the course of one day (with the first measurement taken immediately before the participants took their GAHT) to get an idea of the total drug exposure.

After this, they started also taking emtricitabine plus tenofovir disoproxil fumarate as PrEP. After 12 weeks on both GAHT and PrEP, the levels of the former were taken again to see if they had changed.

The average age of the 33 participants was 26 years, and their ethnicity (using the Brazilian classification) was 25% Black, 21% White, 50% Brown (i.e. of mixed race) and 4% other such as Asian or native American. Their body mass index (BMI) was within normal range, with none obese or underweight, an important consideration in drug level studies. None had indications of liver or kidney dysfunction that would have excluded them.

At week 12, there were 24 women available to provide data to the full study.

Average doses of both GAHT medications increased somewhat over the 12 weeks and by that time six women of the remaining 24 were on 4mg of estradiol and one on 6mg, while ten were now taking 200mg of spironolactone and one had stopped taking it altogether due to side effects (she was excluded).

The average blood levels of both GAHT drugs decreased slightly between baseline and week 12.

The Cmax or peak value of estradiol decreased from 36 to 28.3 picograms per millilitre (pg/ml) and the total drug exposure over 24 hours (the Area Under the Curve or AUC) decreased from 596 to 511 pg/ml. Neither of these decreases were statistically significant.

The Cmax of spironolactone decreased only marginally and non-significantly from 0.9 to 0.8 nanograms per millilitre (ng/ml). The decrease in the AUC, from 3.0 to 2.8 ng/ml, though also relatively slight, was statistically significant (p=0.008), though probably not clinically so. There was one participant who had a very high estradiol AUC, about 13 times the average, at baseline but this had decreased to about five times the average at week 12.

The effect of hormones on PrEP levels

In the second study, 38 trans women were split into two groups; 14 took emtricitabine/tenofovir disoproxil fumarate PrEP alone for 12 weeks without GAHT, while 24 took PrEP alongside GAHT. The gender-affirming regimen used was the same as in the first study.

At week 12, participants came in for a day to provide multiple blood samples for drug level measurement, as in the previous study, though this time the PrEP and GAHT doses they took that day were directly observed, to avoid dosing before the first blood sample. 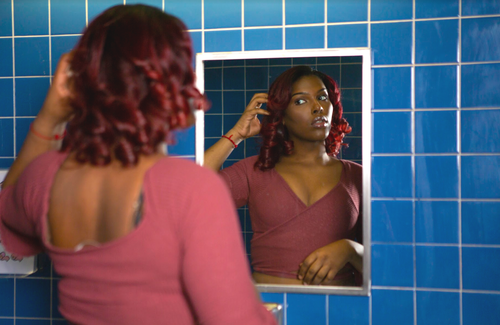 Find out more: Interactions between PrEP and gender-affirming hormone therapy

They also provided dried blood spot samples, to provide evidence of the average level of PrEP adherence over the previous 12 weeks.

After week 12, a smaller group of 17 women continued in the study, and all were allowed to take an individualised GAHT regimen as well as PrEP. After 30 to 48 weeks on GAHT plus PrEP, they came in for a second day of drug level sampling and also provided dried blood spot samples for adherence monitoring.

At week 12, it was found that the peak levels of the two PrEP drugs, an hour after dosing, were higher in the group who also took GAHT than in the PrEP-only group. The approximate peak levels of tenofovir were 330ng/ml in the PrEP plus GAHT group and 225ng/ml in the PrEP-only group. The levels of emtricitabine were 1800ng/ml on PrEP + GAHT, and 1450ng/ml on PrEP alone. These differences were statistically significant (p=<0.001 for tenofovir and 0.03 for emtricitabine).

However, the total drug level (AUC) was similar between the two groups, and the trough (lowest) levels 24 hours after dosing were identical. The efficacy of PrEP would not be affected by these differences, and no drug-related adverse events were seen that might be related to the slightly higher levels on GAHT.

The dried blood spot samples at week 12 showed that adherence to PrEP was quite high, with 73% of all participants having intracellular drug levels suggesting at least four doses of PrEP per week, as did 79% in the group also taking GAHT and 64% in the PrEP-only group.

At the second drug-sampling point between weeks 30 to 48, only 15 participants provided samples that could be evaluated. These showed peak levels of PrEP drugs about halfway between the levels seen in the two week 12 groups: about 280ng/ml for tenofovir and 1680ng/ml for emtricitabine. These levels were no longer statistically different from those seen in the PrEP-only group at week 12. Again AUC and trough levels were essentially identical with the week 12 levels.

Adherence had improved, with 14 out of 15 (93%) having levels associated with at least four doses a week, though this is what you’d expect in the self-selected and presumably highly motivated group who stayed in the study.

"Our results provide further evidence that there is no clinically relevant impact of feminising hormone therapy on PrEP systemic concentrations and thereby effectiveness among trans women at high risk of HIV," concluded Vitoria Berg Cattani.