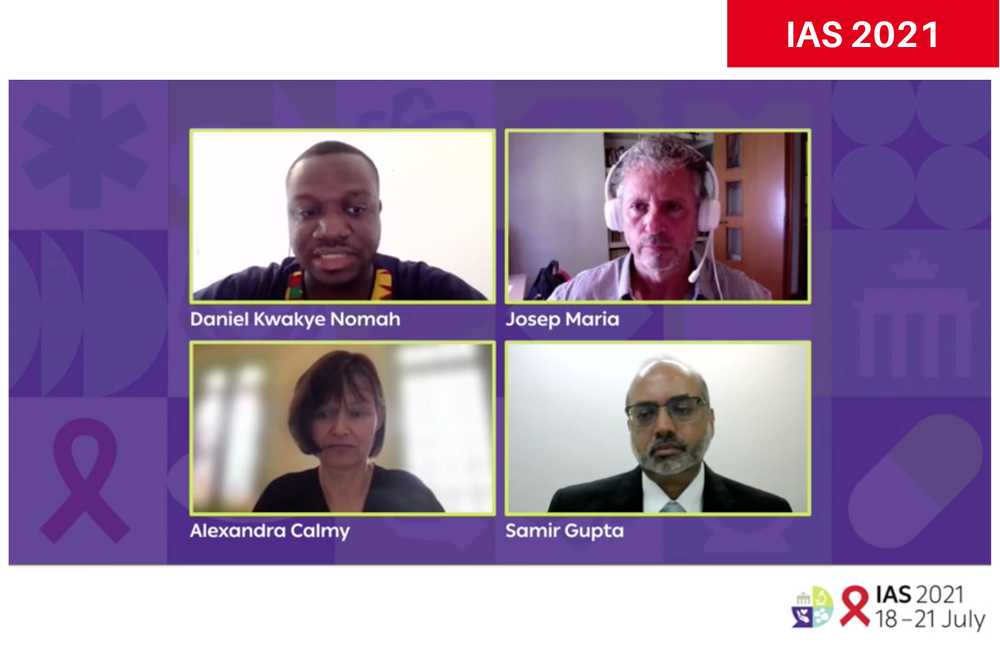 A detectable viral load together with a CD4 count below 500 put people with HIV at greater risk of severe COVID-19, a study of COVID-19 cases in 16 Spanish hospitals reported yesterday at the 11th International AIDS Society Conference on HIV Science (IAS 2021).

The study also found that having multiple co-morbidities – conditions such as high blood pressure, cardiovascular disease, chronic kidney disease, cancer or high blood pressure – greatly raised the risk of a severe outcome, confirming findings from other studies in people with HIV and the general population.

Several large studies have shown that people with HIV have an increased risk of severe COVID-19 and dying from COVID-19, including a global study presented at IAS 2021 by the World Health Organization. What’s less clear is whether factors such as viral load, immune suppression or underlying health conditions place some people with HIV at higher risk than others.

To investigate the impact of these factors on the risk of severe COVID-19 outcomes, Spanish researchers looked for COVID-19 cases in 13,142 people with HIV currently receiving care at 16 hospitals in the Spanish province of Catalonia. The cohort is predominantly male (81%), middle-aged (median age 47 years), virally suppressed (81%) and living with at least one underlying condition (65% had one or more co-morbidities, including 23% who had three or more). The median CD4 count in the cohort is 692.

"The risk factors highlighted in the study should be used to prioritise people with HIV for COVID-19 vaccination."

When the researchers looked at which chronic co-morbidities were associated with severe COVID-19, they found that the chronic conditions that raised the risk of severe COVID-19 in other studies – diabetes, high blood pressure, cardiovascular disease and obesity – were not associated with an increased risk in their cohort when considered separately.

Instead, in a multivariate analysis that controlled for sex, age, country of origin, socioeconomic deprivation, HIV transmission group, antretroviral therapy backbone, HIV viral load and CD4 cell count, they found that neuropsychiatric co-morbidity, autoimmune disease, respiratory disease and metabolic disease were the only independent factors that raised the risk of a severe outcome. Metabolic disease was defined as disturbances in metabolism in this study, including lipid elevations, thyroid and endocrine disorders, to distinguish from diabetes or hypertension.

Presenting the study, Dr Daniel Nomah concluded that the risk factors highlighted in the study should be used to prioritise people with HIV for COVID-19 vaccination, with people who have unsuppressed viral load and low CD4 counts, as well as those with a high number of co-morbidities in special need of vaccination.