People with HIV should be prioritised for COVID-19 vaccination due to higher risk, WHO recommends 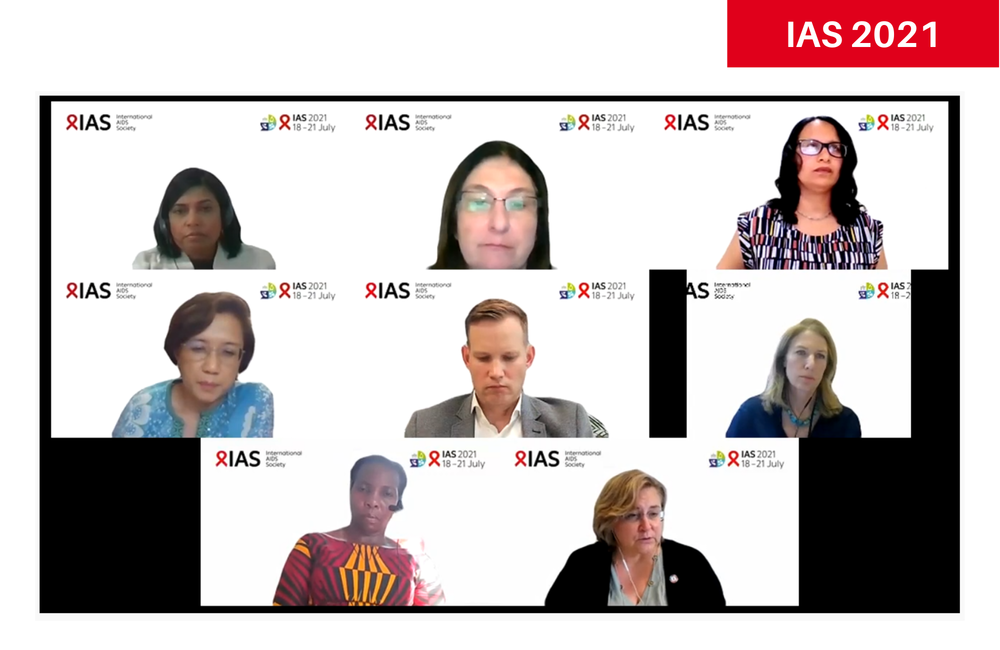 People living with HIV should be prioritised for COVID-19 vaccination, the World Health Organization (WHO) said last week, following the release of research at the 11th International AIDS Society Conference on HIV Science (IAS 2021) showing that people with HIV have an increased risk of being admitted to hospital with severe COVID-19 and of dying from COVID-19.

A study of over 15,000 cases of COVID-19 in people living with HIV carried out by WHO found that:

Although the increase in risk of severe COVID-19 is modest, it is especially important in countries like South Africa where the number of people with HIV is large, Dr Silvia Bertagnolio of WHO told aidsmap. “This becomes important in stretched health systems where people with HIV may have more severe disease and require more health resources.”

WHO investigated COVID-19 risks in people living with HIV because previous studies have produced conflicting results.

The World Health Organization’s Global Clinical Platform for COVID-19 has collected individual patient data on 268,412 people hospitalised with COVID-19 since the beginning of the pandemic. Anonymised patient data have been submitted to the platform by national registries and sentinel health facilities in 37 countries.

To investigate the impact of HIV on COVID-19 outcomes, Dr Bertagnolio and WHO colleagues identified outcomes data for 15,522 people living with HIV from the platform from 24 countries, submitted up to 29 April 2021. The vast majority (94.6%) of these cases were reported from South Africa.

The researchers looked at two outcomes in people living with HIV compared to the rest of the population: inpatient mortality, and severity of illness at admission to hospital.

Cases were defined as severe if they met one or more of the following criteria at admission: an oxygen saturation of 90% or below; a respiratory rate above 30 breaths a minute in adults and children over five years old; use of an artificial lung (ECMO) to deliver oxygen; treatment with an inotrope or vasopressor (used in critical care settings to treat shock or cardiac problems); oxygen therapy or ventilation; or treatment in an intensive care unit. Cases that did not match these criteria were classified as mild or moderate.

Just over one-third of people with HIV (5563) admitted to hospital had severe or critical COVID-19. Of these, 35% died. Of those with mild or moderate illness at admission, 17% died.

Looking at all COVID-19 cases reported to the Global Platform, WHO found that people with HIV were at higher risk of severe or critical illness at the time of admission after adjusting for age, sex and the presence of underlying conditions (adjusted odds ratio 1.06, 95% confidence interval 1.02-1.11). The risk appeared greater when cases from South Africa were excluded, leaving 425 cases with severity data available (adjusted odds ratio 2.27, 95% CI 1.73-2.97).

Older age, diabetes and hypertension each raised the risk of admission with severe illness in people with HIV.

People with HIV were also at higher risk of dying after admission to hospital with COVID-19 (adjusted hazard ratio 1.29, 95% CI 1.23-1.35) after adjusting for age, sex, disease severity and underlying conditions.

The World Health Organization last week recommended that people living with HIV should be prioritised for vaccination. A WHO rapid survey of 100 countries found that 40 have already prioritised people with HIV, including India, Indonesia and many nations in Latin America and North America. But prioritisation is only half of the equation – countries also need access to vaccine supplies.

“There’s a critical need for vaccine equity; in lower- and middle-income countries we have only 3-4% vaccine coverage and we need to get the first dose into everyone,” Dr Meg Doherty, director of WHO’s Global HIV, Hepatitis and STI Programmes told a press briefing.

International AIDS Society President Professor Dr Adeeba Kamarulzaman commented: “We hope to use IAS 2021 to galvanise the medical community [on vaccination for people with HIV] just as the Durban conference in 2000 galvanised the HIV community to ensure that antiretroviral therapy reached people in low-income countries as well. It took us five years to get there […] so let’s not repeat that mistake.”

Dr Doherty also stressed the importance of stepping up testing activities. “We have at least ten million people who are unaware of their HIV status – we need to ensure that people are getting tested.”