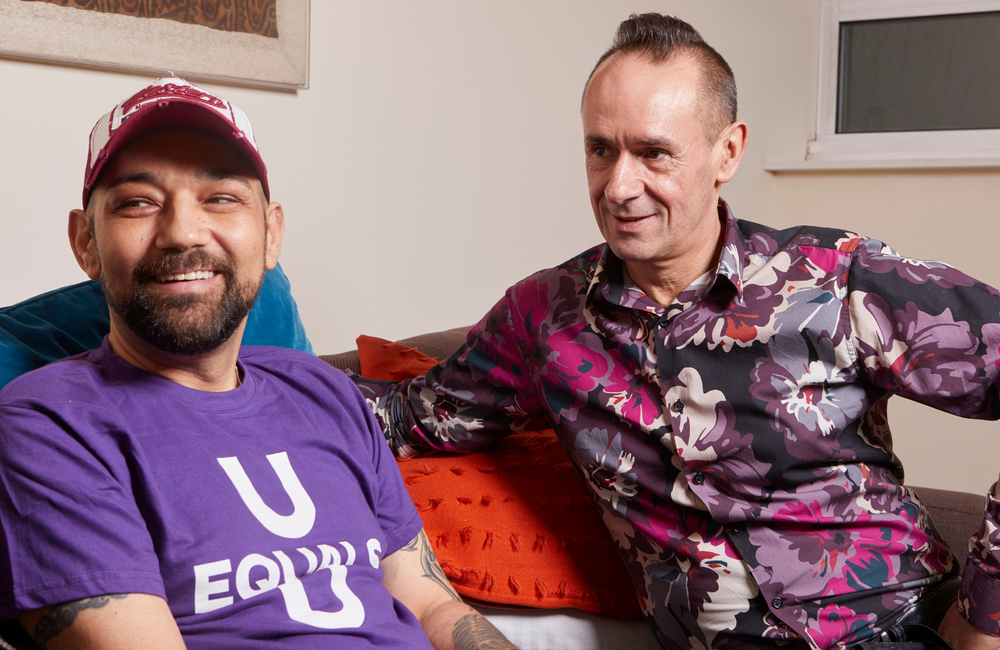 HIV-negative and never-tested gay and bisexual men in the Netherlands were found to overestimate the psychosocial implications of living with HIV. Health-related consequences, the burden of disclosure, the impact on sex and relationships, and practical consequences were also overestimated according to the study, conducted by researchers from the HIV Transmission Elimination Amsterdam Initiative, published in the journal AIDS and Behavior.

Despite the current status of HIV as a manageable and treatable chronic health condition with effective and well-tolerated antiretroviral therapy (ART) and the Undetectable=Untransmittable (U=U) message, the consequences of living with HIV are still overestimated by many people.

Most men living with HIV said the quality of their lives hasn’t changed after HIV diagnosis while 14% reported an improvement and 17% a deterioration. When asked about the severity of having HIV, 31% of HIV-positive men said it was very serious, compared to 76% of HIV-negative and 83% of never-tested men. When asked about taking HIV medication, 79% men living with HIV said they were used to taking pills every day, whereas only 50% of HIV-negative and 42% of never-tested men thought they would get used to it.

Forty one per cent of participants living with HIV reported difficulties getting into a steady relationship due to living with HIV. More HIV-negative (51%) and never-tested (65%) participants expected difficulties. Both HIV-negative and never-tested participants overestimated the effects of HIV on sexual well-being, relationship quality, sexual pleasure, fear and stress during sex. Furthermore, both groups overestimated the likelihood of being left by a steady partner and getting rejected by new partners because of HIV status.

Only 3% of participants living with HIV frequently reported experiencing HIV stigma and discrimination, while 41% of HIV-negative and 43% of never tested participants said they would expect to experience it often.

"Most men living with HIV said the quality of their lives hasn’t changed after HIV diagnosis."

Older HIV-negative and untested men anticipated a higher burden than young men in relation to many issues, including disclosure, finding casual sex partners, emotional aspects, getting fired or not hired, problems with health care, and obtaining a mortgage.

The researchers note that when HIV-negative MSM underestimate or are unaware of the implications of HIV as a chronic illness, they are less motivated to get tested or engage in prevention. “The overestimation of almost all items suggests an ongoing need for knowledge-based campaigns that correct misperceptions on the realities of living with HIV, which may have the potential to decrease stigmatization towards those living with HIV and might additionally reduce fear of negative consequences of an HIV diagnosis,” they add.

Zimmermann HML et al. The Burden of Living With HIV is Mostly Overestimated by HIV-Negative and Never-Tested Men Who Have Sex With Men. AIDS and Behavior, online ahead of print, 4 May 2021.

Information on mental health and wellbeing, diabetes, hypertension, weight, smoking and drinking. The data is based on a representative sample of adults aged 16 and over who participated in the Health Survey for England between 2011–2018.
NHS Digital
7 Jul 21
Mental & emotional health & wellbeing

I developed Aids 25 years ago. Today, my physical health is excellent – but the mental trauma remains

It’s a Sin, the Channel 4 drama about the London gay scene in the early days of the Aids pandemic, is receiving ­stellar reviews – by all accounts well-deserved. But I can’t bear to watch it.
New Statesman
3 Feb 21
Mental & emotional health & wellbeing

This pandemic may be over in a year's time but the effects it's had on our community will be with us for years to come. I hope by this time next year our World AIDS Day message will be a normal testing/PrEP/U=U campaign. But while we are still in this mess our message to you is simple. Look after your mental health.
GMFA
1 Dec 20
Mental & emotional health & wellbeing

Researchers now seek to examine the different resources, personal strengths and protective factors among those who have tested positive for the virus and those who have not, in order to better inform public health policies in the future.
CTV News
20 Nov 20
More editors' picks