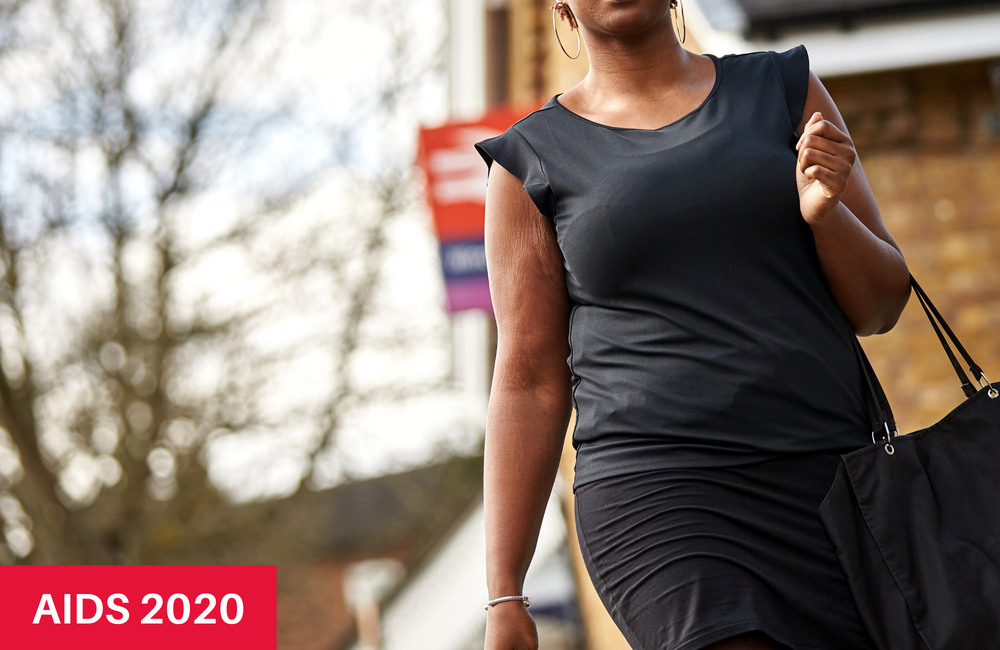 People taking dolutegravir-based antiretroviral treatment have a substantially higher risk of becoming overweight or obese compared to other people with HIV and almost one in ten put on enough weight to be classified as overweight or obese, a prospective study in four African countries has shown.

The findings were presented at the 23rd International AIDS Conference (AIDS 2020: Virtual) by Dr Julie Ake of the US Military HIV Research Program at Walter Reed Army Institute of Research.

A study of adolescents switching to dolutegravir from another antiretroviral regimen in Eswatini also showed greater odds of weight gain as time on the drug increased, but researchers cautioned that more research is needed with adolescents with HIV before drawing conclusions.

Dolutegravir-based treatment has the potential to be cost-saving, better tolerated – leading to better retention in care – and more potent, meaning that fewer people will need to switch to more costly second-line regimens.

PEPFAR committed to transitioning to a single regimen of tenofovir, lamivudine and dolutegravir during 2019 in all its funded programmes. Although this process was somewhat delayed due to concerns in some countries regarding a raised risk of neural tube defects associated with dolutegravir, the transition has been largely achieved.

Substantial weight gain has been observed in two large clinical trials in Africa in people taking dolutegravir. For example, the ADVANCE study showed that weight gain was greater in women and greatest in women taking dolutegravir with tenofovir alafenamide. Weight gain may place people with HIV at higher risk of cardiovascular disease, diabetes and high blood pressure.

To monitor the impact of introducing dolutegravir on weight in routine clinical care, the investigators enrolled people with HIV at 12 PEPFAR-supported treatment sites in Kenya, Nigeria, Tanzania and Uganda.

Investigators analysed the incidence of body mass index (BMI) of 25 kg/m2 or above during follow-up and the risk of weight gain leading to a BMI above 25, which indicates that the person is overweight or obese. They also analysed the development of hyperglycaemia (high blood sugar) (fasting glucose > 99 mg/dL, any glucose > 199 mg/dL or hypoglycaemic medication), as changes in metabolism have been proposed as a cause of weight gain and observed in some populations after starting antiretroviral treatment.

Owing to restrictions on the use of dolutegravir by women of child-bearing potential due to concerns about neural tube defects, men and older people were significantly more likely to be taking dolutegravir than women or younger people (both p < 0.001). Dolutegravir recipients were more likely to report depressive symptoms (p = 0.030), to have CD4 counts above 200 cells (p < 0.001) and to have a viral load below 1000 copies/ml (p < 0.001).

After adjusting for study site, gender, age, and depression, people who were prescribed dolutegravir had an 85% higher rate of becoming overweight or obese than people taking a non-dolutegravir regimen (hazard ratio 1.85, 95% CI 1.24-2.76). People not taking antiretroviral treatment had a 55% lower rate of becoming overweight or obese compared to participants on a non-dolutegravir regimen (HR 0.45, 95% CI 0.28-0.74).

Weight gain was observed in a cohort of 605 adolescents aged 10-19 switching to dolutegravir at the Baylor Children’s Foundation clinic in Mbabane, Eswatini. All had been in care for at least a year and had suppressed viral load (< 200 copies/ml).

The cohort was evenly balanced between male and female patients. Thirty per cent were aged 10-12 years, 46% aged 13-16 years and 24% 17-19 years. The majority were switching from nevirapine (73%) and the remainder from efavirenz (27%). Tenofovir/lamivudine was used as the backbone with dolutegravir by 88% of participants; the remainder used abacavir/lamivudine (12%).

An excess of glucose (sugar) in the bloodstream. It may occur in a variety of diseases, including diabetes, due to insufficient insulin in the blood and excessive intake of carbohydrates.

Kay A et al. Optimization to dolutegravir-based ART in a cohort of virally suppressed adolescents is associated with an increase in the rate of BMI change and odds of becoming overweight. 23rd International AIDS Conference, abstract 8794, 2020.