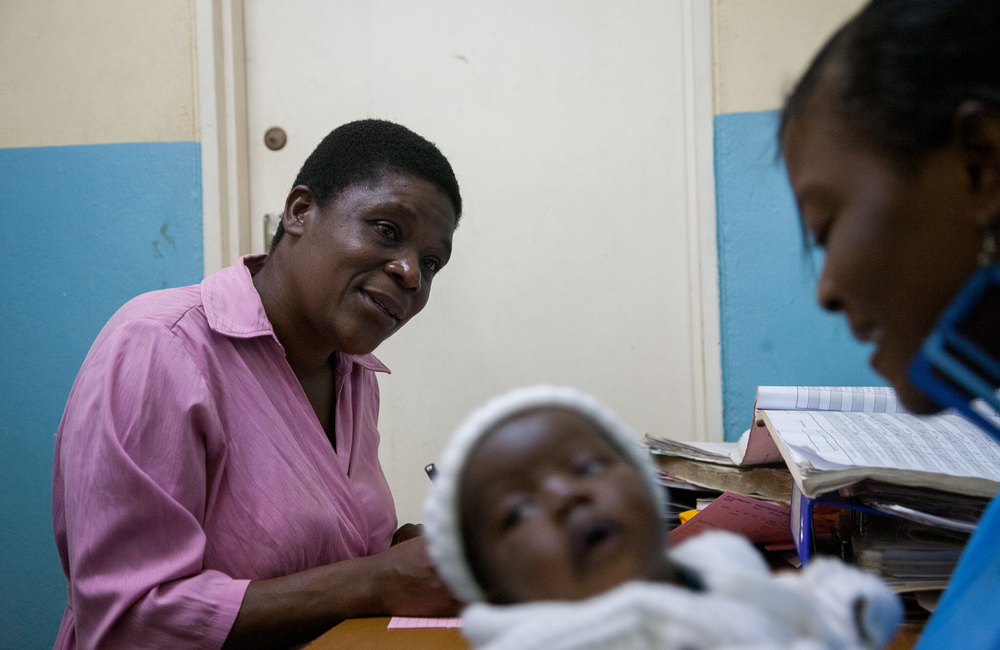 The study was designed to test the feasibility of very rapid diagnosis and treatment initiation after delivery, and to investigate factors associated with lack of success of this strategy.

Attempts to diagnose and treat infants very quickly after delivery were prompted by the case of the Mississippi baby, first reported in 2013. The infant was diagnosed and initiated on antiretroviral therapy (ART) around 30 hours after birth and was virally suppressed within a month. Her treatment was interrupted after 18 months but when she returned to care at the age of 23 months, viral load remained undetectable. Researchers could not find HIV DNA in cells, the so-called HIV reservoir that triggers viral rebound when treatment is stopped.

Her viral load became detectable at the age of three years and nine months, so viral remission lasted for 27 months in this child. Subsequent studies have looked at the effects of very early treatment in larger groups of infants, investigating whether it can limit the development of the HIV reservoir to such an extent that ART could be stopped in more children.

Several studies have reported that where treatment is sustained, the HIV reservoir is dramatically limited in infants treated immediately after birth. But small studies in Canada and South Africa have also shown that a minority achieve sustained viral suppression, due to adherence difficulties or loss to follow-up.

The Ucwaningo Lwabantwana (Learning from Children) observational study was designed to assess the feasibility of antiretroviral treatment initiation in infants with HIV within 48 hours of delivery at hospitals in KwaZulu-Natal, South Africa and compare them with infants starting treatment after standard testing procedures.

Screening for HIV was prioritised in infants born to mothers with higher risk of HIV transmission during pregnancy (recent seroconversion, less than four weeks of ART prior to delivery, suboptimal adherence or viral load above 1000).

The study compared infants tested at the point of care and initiated on treatment within 48 hours (n = 76) and infants initiated within 21 days of birth after standard testing (n = 75). Study participants were followed up at monthly visits for the first six months and then every three months.

All HIV-exposed infants received prophylaxis with zidovudine and/or nevirapine as soon as possible after birth. Infants starting combination antiretroviral treatment received zidovudine, lamivudine and nevirapine, switching around one month of age to abacavir, lamivudine and ritonavir-boosted lopinavir.

When the researchers compared the size of the HIV reservoir between the two groups of infants by measuring HIV DNA in peripheral blood monocytes in a subset of 35 infants with available samples, they found no significant difference in HIV DNA levels. They say this shows that starting treatment at ten days after delivery, if infants are already receiving prophylaxis with zidovudine and/or nevirapine, does not result in disadvantage.

Twelve-month outcomes were available for 114 infants, of which 7% had died and 16% were lost to follow-up. Only 37% achieved and maintained viral suppression to 12 months. Infants in the standard-of-care group achieved viral suppression sooner after starting treatment and maintained it for longer. The investigators say that this result may be explained by the fact that returning to the clinic for the results probably screened out mother-infant pairs that would have faced greater difficulties in maintaining treatment and follow-up.

"Infants diagnosed and started on treatment ten days after birth had better viral suppression than infants who started treatment a day after birth."

“The barriers contributing to treatment failure are the same in mother and child,” the authors conclude. “If durable suppression of viraemia in HIV-infected infants is to be achieved, […] the unmet needs of transmitting mothers urgently need to be addressed, whilst, at the same time exploring options for long-acting or extended release paediatric ART formulations.”