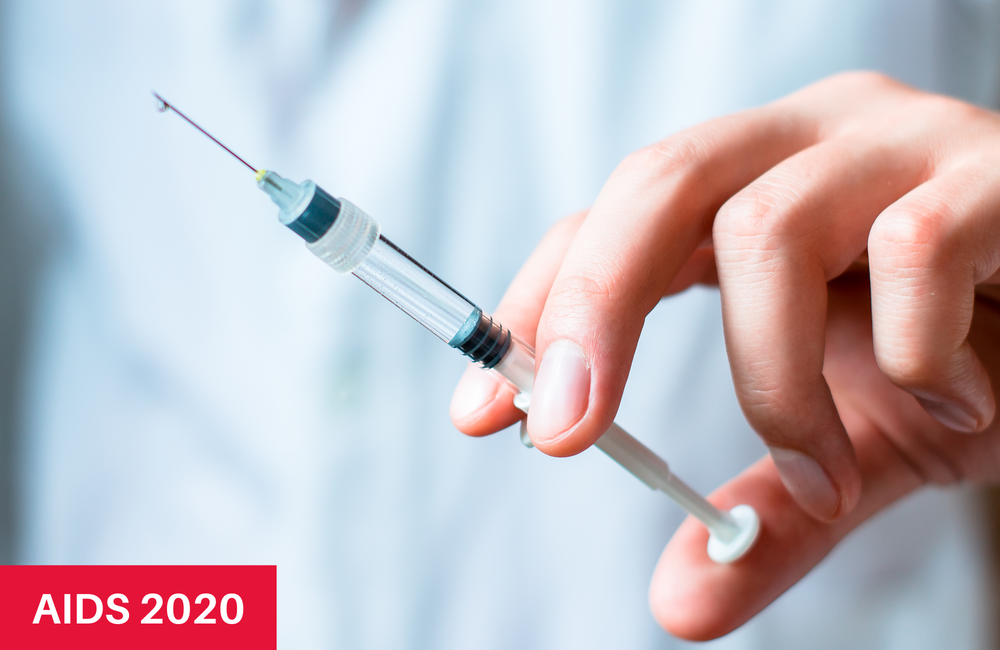 There was relatively little news of HIV vaccine research at the 23rd International AIDS Conference (AIDS 2020: Virtual); a number of new designs and ideas were presented and showed signs of immunogenicity, but few have progressed as far as challenge studies, where they are actually tested against HIV infection, even in animals.

One that has done, however, was an innovative vaccine designed by the biotech firm Moderna, which is also developing one of the more advanced COVID-19 vaccines and is currently aiming to get that into phase III efficacy studies by the end of this month.

Moderna’s HIV vaccine is currently only at the stage of studies in monkeys, but its research is sponsored by the US National Institutes of Health. In a nutshell, what Moderna is attempting to do is to devise a vaccine that 'educates' the immune system to recognise both the broadest possible number of variants of HIV, and the parts of them that are most universal.

HIV is a tricky virus for a vaccine because of its sheer variety. Vaccines that have failed, such as in the recent Uhambo trial, may have done because the vaccine specialised in recognising too narrow a variety of HIV variants. This isn’t just about breadth of response: it’s also because the immune system may seize upon the HIV antigens that are 'easiest' to develop immunity to, with the result that it doesn’t ‘notice’ the less-immunogenic bits of HIV that are common to many strains.

Lusso told aidsmap.com: “We must show multiple forms, so that the immune system has to focus only on what is “common” among them, and forget about targeting regions of the HIV envelope that are specific for one or very few strains.”

Moderna’s vaccine design also avoids other responses that have been found to be unhelpful, such as developing too strong a response by CD4 cells, which has tended to dominate responses by other branches of the immune system.

The vaccine generated mixed results. One variety, which featured a version of HIV’s envelope that was as close as possible to what the immune system ‘sees’ in a real viral infection, did not work as well as was hoped, but Moderna thinks it could be improved on. However, another version of the vaccine stopped three out of seven monkeys from being infected by 12 rectal challenges with a highly pathogenic monkey-adapted HIV virus, and infection in the other four was delayed.

The most innovative aspect of the Moderna vaccine was that it induces the body’s own cells to make 'virus-like-particles' (VLPs): things that look very like viruses to the immune system but lack the genes needed for replication. The most notable success using VLPs is the human papillomavirus (HPV) vaccine, and they have also been used in hepatitis B vaccines.

The vaccine was given to 16 rhesus macaques in a series of eight inoculations over the space of 13 months – a design that Lusso concedes is “Impractical; but this was a proof-of-principle study and…by improving the efficiency of immunisation we hope we can reduce both the number of shots and especially the total time (maybe 4-5 shots over 6 months).”

The vaccine was given as lengths of RNA derived from HIV’s gag and env genes. This was small enough to penetrate into the parts of the body where HIV tends to ‘hide’, such as lymph nodes. It induced cells to produce VLPs which consisted of circles of HIV’s gag protein enclosed in an envelope that looked as much as possible like the actual viral envelope.

All 16 monkeys received a vaccine that alternated one whose envelope RNA was derived from the HIV they were due to be infected with (“autologous”), with one whose envelope RNA was derived from other subtypes of HIV (“heterologous”). In the first three shots at weeks zero, 12 and 20 they got the autologous vaccine, derived from HIV clade B (the dominant subtype in gay and bisexual men in the high-income world). In the next four at weeks 28, 35, 43 and 47 they got the heterologous vaccine, derived from clades A and C, which are the dominant subtypes in south and east Africa, and then a final autologous shot at week 54.

The monkeys also got a variety of additional shots, with different regimens given to four groups of four. Groups one and three got normal ‘wild type’ envelope protein and groups two and four received a so-called ‘locked’ conformation of the env protein, designed to look as much as possible like the actual env protein ‘spikes’ present on infective viral particles. In addition, groups one and two got boosters of a different kind of stablilised env protein called SOSIP (you can see a picture of it here), instead of the VLP-generating vaccine, for four of the eight shots.

The vaccine produced significant antibodies against the autologous, clade B virus, such that the antibody response by week 47 was 1000 times the amount needed to neutralise 50% of infections with that virus. Antibody responses to multiple, non-autologous HIV strains were much slower to arise, however. They were also much weaker, illustrative of the difficulty a vaccine has in producing a response to multiple strains. A significant heterologous antibody response was not seen until week 47 after the last dose of heterologous VLP vaccine and by week 58, four weeks after the last inoculation, was 2.8 times that required to neutralise 50% of infections with the viral variants used.

However, when the antibodies were mixed with a panel of 14 highly pathogenic viruses, they were able to neutralise nine of them completely, had borderline activity with another three, and only failed to neutralise one strain.

Lusso said: “It has been the holy grail of HIV vaccine development to get a vaccine to induce antibodies against viral variants it does not specifically contain, and we induced antibodies against all but one of these difficult-to-neutralise viruses.”

The disappointment of this study was that the so-called ‘locked’ conformation of the HIV envelope protein – the one designed to most closely resemble the actual spike on viruses – did not perform as well as expected, but they aim to repair this deficit and hope for more efficacy with their next vaccine prototype.