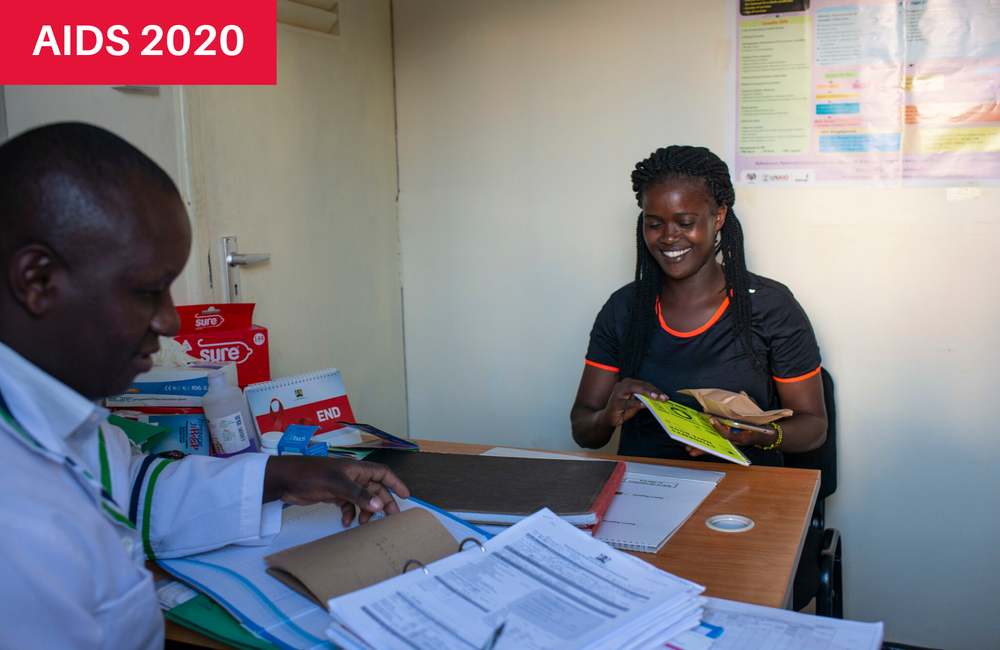 “Cycling on and off PrEP repeatedly is common," Jane Mutegi of Jhpiego told the conference. "Current PrEP indications mirror antiretroviral therapy indications, but providers should anticipate episodic use and not assume indefinite, continuous use is the only effective use, or the best dosing option for all.”

As aidsmap.com has already reported from the conference, PrEP appears to have led to significant reductions in HIV infections in a large African study, despite relatively low levels of use. We speculated that this may be due to people who are using PrEP doing so episodically, only when they feel at risk, despite being told to use it daily.

Patterns of PrEP use in Kenya, Tanzania and Lesotho

Mutegi and colleagues looked at patterns of PrEP use in three different and varied PrEP demonstration projects in Africa that ended last year. The first and largest was the Gates Foundation-financed Jilinde project, which enrolled 32,963 people in Kenya, mainly but not exclusively from key populations, between February 2017 and November 2019.

The second, the Sauti project, was a PEPFAR-financed project that enrolled 6060 people, mainly female sex workers, with some gay and bisexual men, in Tanzania between May 2018 and November 2019. The third, TSEPO, enrolled 8570 mainly young people (60% under 24) in Lesotho between April 2017 and May 2019.

The analysis first assumed that if someone had a PrEP prescription, they were using PrEP. But they then modified this by assuming that if people left more than 14 days after they were due to return for a PrEP prescription, then they must be using it episodically. So any attendance 15 days or more after their PrEP would have run out (if they had been taking it daily) was counted as a PrEP restart. A “cycle” of PrEP was defined as the time between starting or restarting PrEP and the next gap of more than 14 days.

As has been found in other African demonstration projects, a majority (55%) of people initially given PrEP never returned. The 45% who did return comprised 21,332 people.

Of these, 43% (or 19% of all people who started PrEP) returned regularly and promptly for their PrEP prescriptions and were presumably daily or near-daily users.

Of those restarting, 66%  stopped and restarted only once, 20% stopped twice, and 14% stopped three or more times. Twenty-one per cent stopped for less than a month, 27% for two months, 34% for three to six months, and 17% for more than six months before restarting.

The more restarts people had, the less time they actually spent off PrEP. This is because the gaps in between periods on PrEP were smaller.

The biggest independent predictor of time off PrEP was younger age. For example, in the Jilinde project, people aged 15-24 were 39% more likely than over-35s to spend time off PrEP, with a similar relationship seen in the other projects.

Why do young women stop PrEP? Insights from Lesotho

A more detailed analysis from the TSEPO project in Lesotho was presented by Dr Tafadzwa Chakare of Jhpiego. This focused on the reasons adolescent girls and young women (aged 15-24) stop and sometimes restart PrEP.

Lesotho is a country that, though nearly two-thirds of its HIV population is on treatment and virally suppressed, has one of the world’s highest rates of HIV prevalence (25%) and incidence (1.6% a year). Young women are 15 times more likely to become HIV positive than young men of the same age. And yet in Lesotho PrEP programmes, up to 78% of young women that age who initially started PrEP have soon stopped. The researchers asked them why.

They surveyed 193 young women in three districts of Lesotho. Forty of them were new to PrEP; 65 were already on PrEP and were continuing to take it; 72 had taken PrEP, but had stopped; and 16 had restarted.

"The most common reason for discontinuing was a bad encounter with a health provider."

Among the questions asked was an “HIV risk perception and salience score”, which measured the degree to which the participants were anxious about, felt vulnerable to, or were preoccupied with HIV. It asked them to indicate the extent to which they agreed or disagreed with nine statements about being at risk of HIV generally, socially, and from partners (e.g. “I feel vulnerable to catching HIV in the next three months / I feel more at risk of HIV than my friends / I trust my partner to protect me from HIV.”

Why? The 61 who stopped PrEP were asked to give the main reason they’d discontinued. The most common one was a bad encounter with a health provider, cited by 27% of respondents, while 21% said they’d stopped due to side effects. “I don’t think I’m at risk of HIV” was only cited by 14%. Other noteworthy reasons were “it’s too burdensome” (9%), “people might think I have HIV” (6%), and “my partner didn’t like it” (5%). No-one stopped because they thought PrEP did not work or because of its cost.

In terms of other characteristics, PrEP stoppers were somewhat more likely to be depressed (37.5% versus 31% who continued) and to use recreational drugs (5.6% versus 1.5%), but these differences were not statistically significant.

Chakare concluded that “motivators other than risk” were needed to “compel” young women to keep taking PrEP. Allowing for language differences, perhaps support (to empower participants to deal with stigma from healthcare workers), information (to help them anticipate side effects in the first month) and training (for the healthcare workers) are indicated, rather than compulsion.

To put these two studies in perspective, Dr Pragna Patel of the US Centers for Disease Control and Prevention (CDC) gave an overview of the increase in the number of women taking PrEP in 15 countries in Africa that are supported by DREAMS, the HIV support programme for adolescent girls and young women. DREAMS is supported by PEPFAR, the President’s Executive Plan for AIDS Relief, the world’s biggest HIV funder.

DREAMS (Determined, Resilient, Empowered, AIDS-free, Mentored, and Safe) was established in 2015 and some DREAMS sites began to offer PrEP in 2016, at first to women with other risk factors such as serodiscordant partners and then to adolescent girls and young women in 2017. To date, there have been 129,280 initiations of PrEP in young women in 15 PEPFAR-supported countries that support DREAMS. During 2020 so far, there have been 43,197 PrEP initiations among young women, despite COVID-19 disruption.

Note these are initiations, not people currently on PrEP, and due to the high rate of discontinuations, the total number of women and people in general on PrEP may be lower (AVAC’s latest estimate up to April is 580,000 worldwide).

As the two other studies show, we may need to do a much better job of empowering people and especially young women to continue using PrEP, and to do so in ways that match their needs and their patterns of HIV risk.