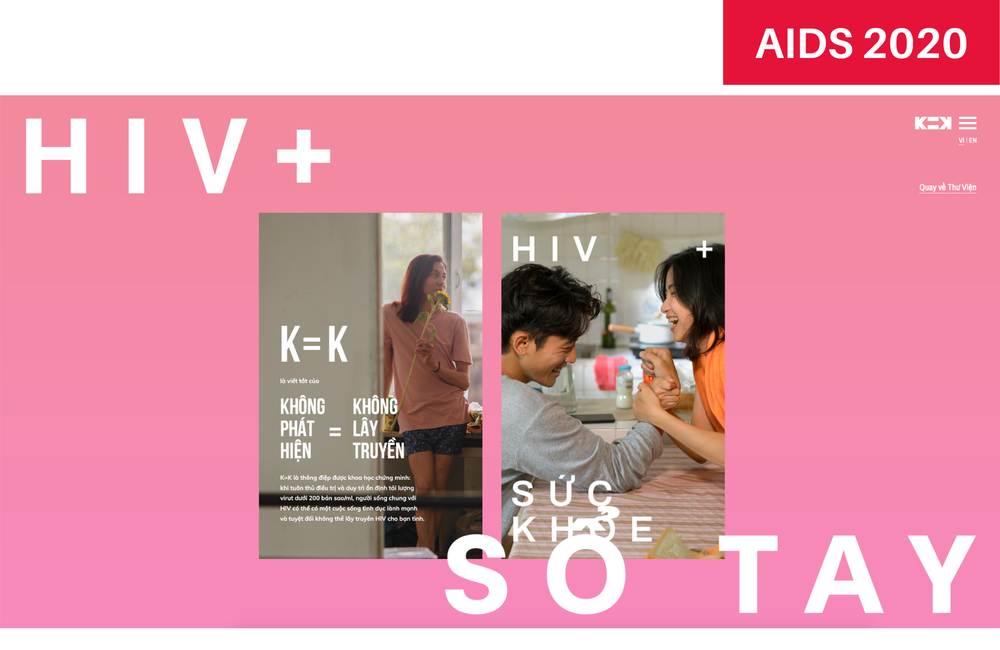 Research presented to the 23rd International AIDS Conference (AIDS 2020: Virtual) last week on 'Undetectable = Untransmittable' (U=U) indicates varying levels of awareness and acceptance of this powerful message, despite the conclusive finding that people living with HIV who have an undetectable viral cannot infect others.

Launched in mid-2016 by activists and researchers in New York City, the community-led U=U movement has engaged more than 1000 organisations from 100 countries and key populations on every continent. In a plenary presentation, Dayana Hernandez from Transvida, an organisation offering services to transgender women in Costa Rica, emphasised the central role of civil society organisations who work with people living with HIV in spreading the U=U message. However, she also said that governments need to endorse U=U for it to have maximum impact on stigma reduction and as a way of preventing HIV infections.

This has happened in Vietnam. Asia Nguyen, from the US Centers for Disease Prevention and Control in Vietnam, shared how both the Ministry of Health and community leaders there have embraced U=U as a central component of overall HIV prevention efforts, in addition to using it to reduce stigma. This has included challenging misperceptions of HIV and communicating the importance of U=U to people living with HIV, younger men who have sex with men (MSM), reluctant health professionals, and the broader public through tailored advertising campaigns, starting at a community level and progressing to a national campaign.

Vietnam is the first PEPFAR country to achieve viral suppression in over 95% of people on antiretroviral treatment and officially endorse U=U via national guidelines.

Thiago Torres, from the Oswaldo Cruz Foundation (FIOCRUZ), a health research institution in Brazil, presented data showing that beyond groups directly affected by HIV, widespread awareness and acceptance of U=U remains limited in the country.

Adults were recruited via Grindr, Facebook and WhatApp and completed a survey including the question: “With regards to HIV-infected individuals transmitting HIV through sexual contact, how accurate do you believe the slogan U=U (undetectable equals untransmissible) is?” This was the same question used in prior research in the US.

While the vast majority of people living with HIV perceived U=U as accurate (90%), only 68% of the HIV-negative MSM viewed it as such. This decreased to 35% of participants belonging to other populations stating that U=U is accurate. Across all groups, those under the age of 35 were more likely to perceive U=U as accurate.

U=U (or K=K, as it is known in Vietnamese) has been positioned as the central component of Vietnam’s response to their HIV epidemic. This is based on clear scientific evidence that successful ART leads to sustained viral suppression, providing complete protection against the sexual transmission of HIV.

This crucial message has also been used to influence HIV programme planning in Vietnam. Health officials view U=U as a versatile message that is relevant to stigma reduction, engagement with HIV treatment, testing and PrEP.

In terms of starting treatment and maintaining good adherence, the idea of U=U provides a framework to understand the purpose of taking treatment and can also be used a way of measuring treatment success. Understanding of the term ‘viral load’ is central to the U=U message. Education on the importance of viral load monitoring helps to increase the knowledge of both healthcare providers and people living with HIV, while providing a motivation and creating a demand for routine viral load testing.

Nguyen highlighted important factors that contributed to success in Vietnam:

These presentations indicate that multiple steps are necessary for U=U to be implemented as a core component of a country’s overall HIV prevention programming. Widespread awareness and acceptance of U=U are crucial. The study from Brazil represents an important first step in identifying where education is required and how it can be tailored to the needs of specific groups while Vietnam provides an encouraging example of U=U’s potential to reshape national HIV service provision.