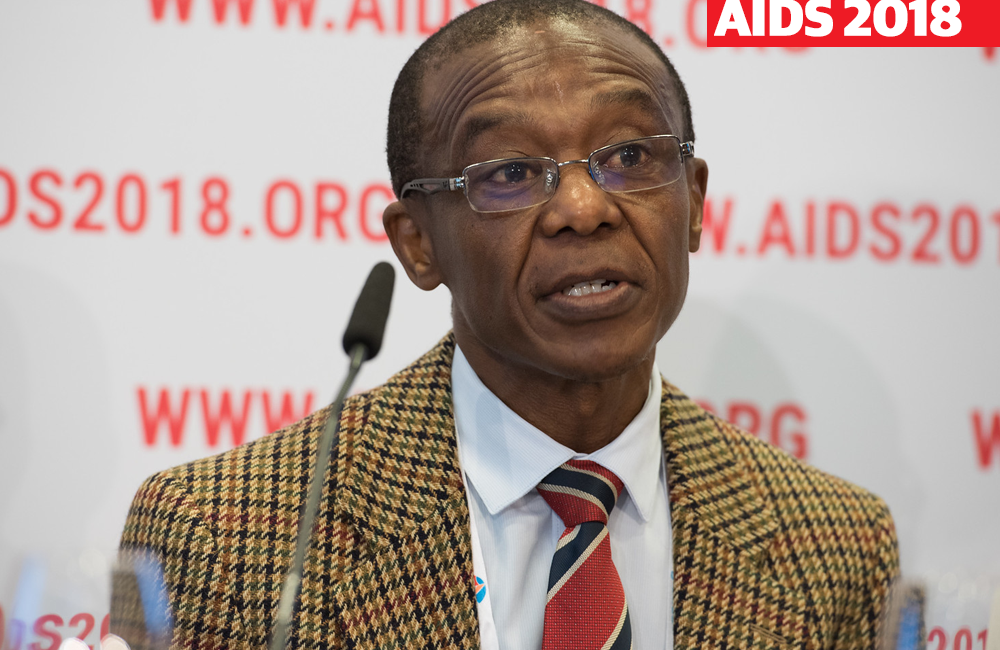 Two large studies of community-based universal test and treat campaigns to promote HIV diagnosis, treatment and prevention, presented at the 22nd International AIDS Conference (AIDS 2018) in Amsterdam on Wednesday, show that the campaigns achieved very high rates of HIV diagnosis and viral suppression, as well as reductions in HIV incidence on some measures.

Large-scale community campaigns that go beyond the HIV clinic to offer testing and link people to HIV care have been piloted in several African countries, adopting methods such as door-to-door testing and community health events to reach people who might not attend health facilities or otherwise be offered an opportunity to test for HIV.

The studies presented today were large trials of different approaches to maximise HIV diagnosis and linkage to care, that may be suitable for different country settings and funding contexts.

The SEARCH study, carried out in Uganda and Kenya, tested an offer of HIV testing and rapid treatment initiation within a multi-disease campaign also designed to diagnose and treat high blood pressure, diabetes and tuberculosis among the entire community.

The Ya Tse study, carried out in Botswana, evaluated the impact of an intensive community testing campaign, immediate treatment initiation and scaled-up provision of male circumcision.

The SEARCH study was designed to test whether offering HIV testing alongside a larger community screening programme for non-communicable diseases such as diabetes would increase demand for testing, whether a streamlined linkage-to-care model improves treatment initiation, and whether the sequence of enhanced linkage and person-centred treatment improved retention and viral suppression. The campaigns were designed in consultation with local communities in order to address a broad range of health needs.

The study randomised 32 communities in Uganda and Kenya, each with around 10,000 inhabitants, to receive either the intervention or standard of care according to national guidelines. The intervention consisted of:

The study enrolled 186,354 adults in Uganda and Kenya, of whom 90.1% underwent HIV testing. The study found higher HIV prevalence in Kenya (19.3%) than in the two study regions in western and eastern Uganda (6.6 and 3.5% respectively). Prior to the study, 57% of participants in the intervention and control group communities knew their HIV status.

The multi-disease prevention intervention had a significantly greater impact on non-HIV health outcomes:

However, the total number of new HIV infections over three years did not differ significantly between the two study arms: 0.8% of the population in each study arm acquired HIV during the three-year trial. The investigators think that the high rate of HIV testing and awareness of HIV diagnosis in both study arms may partly explain the lack of difference in HIV incidence, but they also note that new treatment guidelines introduced in the first year of the study mean that both intervention and control communities were being offered immediate ART, regardless of CD4 cell count.

A second cluster-randomised trial, in Botswana, evaluated the effect of community-wide testing and counselling, linkage to care, earlier ART initiation and enhanced male circumcision services on HIV incidence between 2013 and 2018. The Ya Tse study, or the Botswana Community Prevention Project study, randomised 30 rural or periurban communities to receive either the intervention or the standard of care (which included universal ART from mid-2016). The communities covered about 10% of the population of Botswana.

The intervention consisted of home-based testing and counselling or mobile testing, linkage to care with SMS reminders and active follow-up if people missed an appointment, universal ART starting from the first clinic visit (from June 2016) and expanded male circumcision.

In the control group communities, treatment was provided to everyone with a CD4 cell count below 350 cells/mm3 until June 2016, and thereafter to everyone diagnosed with HIV, through clinics. No other expanded services were provided.

To measure the impact of the interventions on HIV incidence, a random sample comprising 20% of adult residents was enrolled in a longitudinal HIV incidence study. The longitudinal sample recruited 12,610 people, of whom 29% were HIV positive at baseline. Of those HIV positive at baseline, 79% were already on antiretroviral therapy and 97% of those on treatment had an undetectable viral load (<400 copies/ml).

The HIV-negative participants were followed for a median of 29 months. During the follow-up period, 95% of participants re-tested for HIV at least once.

Moeketsi Joseph Makhema of Botswana-Harvard AIDS Institute stressed the very high levels of HIV diagnosis and viral suppression achieved in Botswana, but warned, “We need to sustain these targets over a ten-year period to achieve the target of epidemic control by 2030”.

Diane Havlir, lead investigator on the SEARCH study, concluded that to drive incidence down further, after achieving such high levels of coverage and viral suppression, would require a greater focus on viral suppression in young people, a better understanding of local transmission dynamics and the wider implementation of prevention innovations such as pre-exposure prophylaxis (PrEP), the vaginal ring and male circumcision.

She also drew attention to the potential for multi-disease campaigns to attract funding from a range of sources and achieve broader health goals, so helping to integrate HIV into the wider health system.