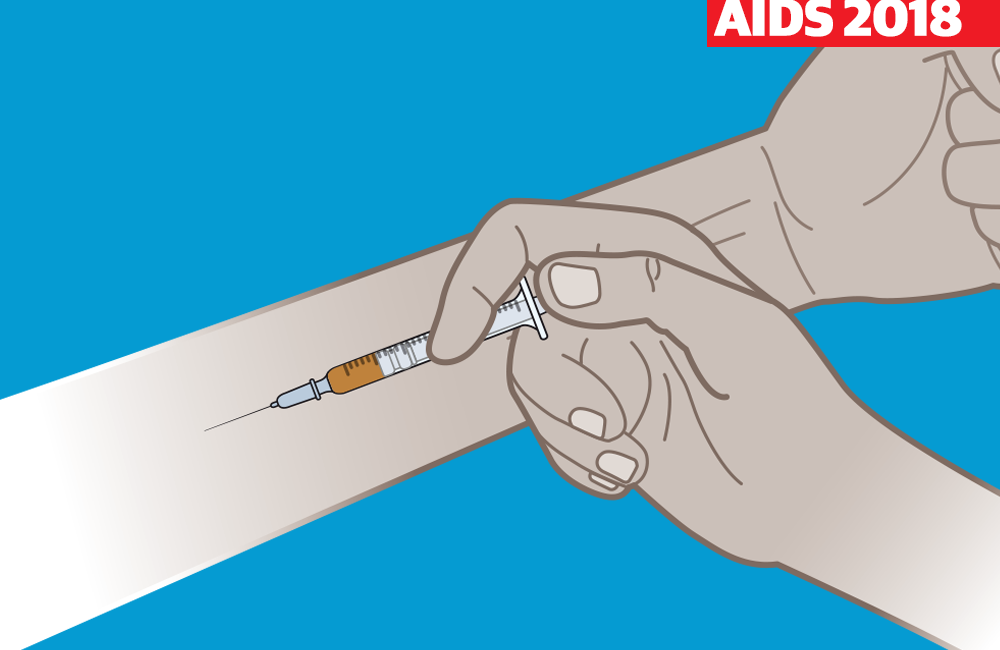 There have been outbreaks of rapid HIV transmission among people who inject drugs in Athens, Bucharest, Dublin, Glasgow, Luxembourg, Tel Aviv, Saskatchewan (Canada) and Scott County (Indiana, USA) since 2011. They have all occurred in settings where sufficient resources should be available to prevent outbreaks, a group of public health officials report at the 22nd International AIDS Conference (AIDS 2018) in Amsterdam.

“Complacency for HIV prevention is emerging as an important threat to the success of combined HIV prevention for people who inject drugs,” they say. Combination prevention for people who inject drugs consists of needle and syringe programmes, opioid substitution therapy and HIV treatment. In settings where it has been implemented at scale, it has prevented epidemics. The authors call for lessons to be learnt from these outbreaks.

The largest outbreaks have been in Bucharest and Athens, with around 1100 new infections at each site. Some have been much smaller, but occurred in settings where combination prevention had previously been keeping the situation under control; Dublin used to have less than 20 cases a year, but had 57 diagnoses in 2014-2015. The numbers in Glasgow, Luxembourg and Saskatchewan are comparable.

Very few harm reduction services were available in Athens. In Scott County, providing needle and syringe exchange was illegal, while opioid substitution therapy and HIV treatment were not locally available. Due to the Global Fund’s withdrawal from Romania, many needle and syringe programmes had closed down in Bucharest.

The outbreaks particularly affected homeless individuals in Athens, Glasgow and Dublin. Women made up a significant proportion of the cohorts in Luxembourg and Dublin. Other marginalised groups were affected in Saskatchewan (indigenous people) and Athens (migrants).

Changes in patterns of drug use may have led to high risk injection risk behaviour in several settings. In Bucharest, Tel Aviv and Dublin, new stimulant psychoactive drugs including synthetic cathinones (mephedrone and related drugs, sometimes referred to as ‘bath salts’) became popular. In Luxembourg, the drug market changed with the aggressive introduction of crack cocaine and less availability of heroin.

In each setting, public health bodies have expanded the availability of prevention interventions, but complete coverage has not always been achieved. HIV transmission has continued in most settings, with the outbreaks ongoing in Glasgow and Saskatchewan. The number of new cases has not returned to pre-outbreak levels in any of the sites, except Tel Aviv.

The authors stress the importance of achieving high coverage of combination prevention, maintaining it, and adapting services in response to changing patterns of drug use. Particular attention should be paid to people who inject stimulants (such as cocaine and new psychoactive substances), communities undergoing economic difficulties and homeless injectors.

Seventeen maps compiled by Pew Charitable Trusts illustrate how hobbled methadone clinics are by a web of federal and state regulations that are not based in evidence, reinforce stigma and significantly limit access.
Filter
28 Sep 22
Drug policy & policing