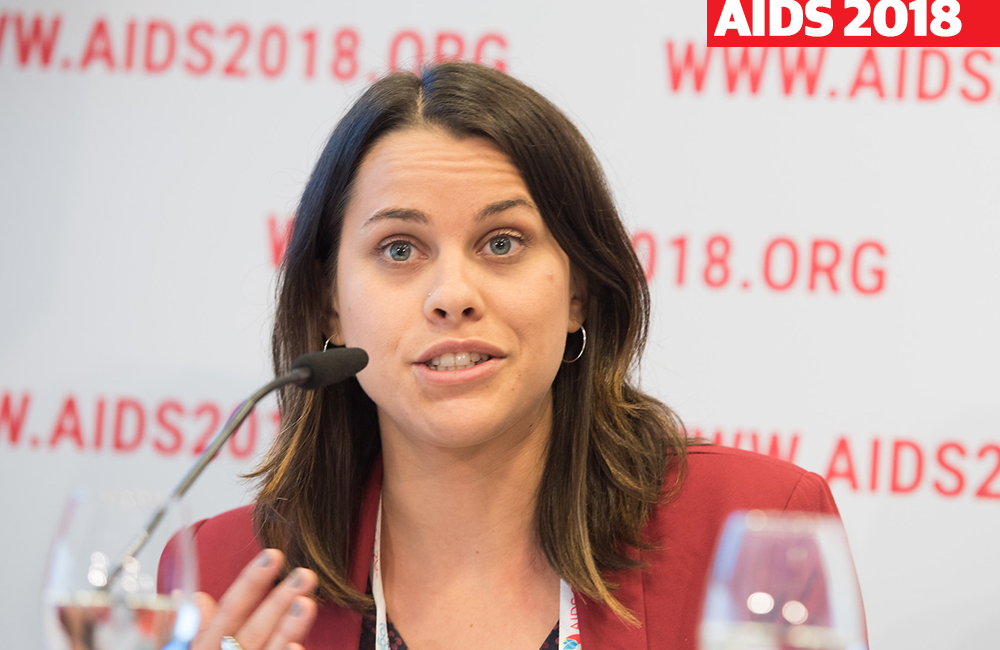 Africa is far off track in reducing new HIV infections among children and young people and is unlikely to reduce new infections in young people substantially before 2030 due to an anticipated doubling of the adolescent population, according to findings from a UNICEF modelling exercise presented on Thursday at the 22nd International AIDS Conference (AIDS 2018) in Amsterdam.

The study looked at what will happen as the population of children and adolescents grows in sub-Saharan Africa over the next few decades. While populations age in other parts of the world, notably in Europe and Asia, Africa will experience a 'youth bulge'.

To examine the impact of this demographic transition on HIV in young people, UNICEF took data from UNAIDS HIV estimates, UN population projections and other validated sources to develop projections of HIV incidence and prevalence until 2050 for 141 countries, including 46 countries in sub-Saharan Africa.

The findings were presented by Aleya Khalifa of UNICEF.

The model compared outcomes for two trends: the current trend in HIV incidence and antiretroviral coverage, and what might happen if the Fast Track goals for reducing HIV incidence and treatment coverage by 2020 (81% coverage) and 2030 (90% coverage) are achieved. The model also compared trends in treatment coverage for prevention of vertical (mother-to-child) transmission, based on the current trend or achievement of the Fast Track targets by 2020 (75% coverage) and 2030 (95% coverage).

The study found that if current trends prevail, although the number of new infections in children under five years of age will fall by half by 2030, to around 140,000 per year, new infections in adolescents (aged 15 to 19) will not be halved until 2050 and will still be running at a rate of approximately 200,000 per year in 2030.

But the study also found that countries are far from reaching the 2020 targets, let alone the 2030 targets, implying that the 'current trend' scenario is highly likely to play out unless major efforts are made to reach adolescents and prevent new infections in children.

Based on current trends, new infections in children will fall by only 42% by 2020, rather than the 95% goal set by international agreements.

The model finds that 1.9 million children and adolescents will be living with HIV by 2030, falling to 1 million by 2050.

Aleya Khalifa said these projections “really should serve as a warning.”

Although the study found that, overall, new HIV infections will decline by 70% in Eastern and Southern Africa by 2050, no country in sub-Saharan Africa can expect to reduce new infections by 95% among adolescents and young people by 2030. Based on current trends and levels of prevention activities, UNICEF estimates that almost 10 million adolescents and young people will be infected with HIV between 2017 and 2050. Two-thirds of these infections will occur in young women.

The study estimates that only Botswana, Mozambique, Swaziland, Uganda and Zimbabwe will be able to achieve a 95% reduction in new infections among adolescents and young people by 2050. The share of new infections occurring in Western and Central Africa will grow, partly because of an especially fast increase in the child population in the region, but also because of slow progress towards the 2020 targets.

8 December 2020
Telling people you have HIV

“Telling lies every day”: secrecy as a means of resisting stigma and asserting identity

An evaluation of peer support clubs in settings with high HIV and gender-based violence prevalence finds increased self-esteem and self-efficacy among participants. In-depth interviews with young South African women, published as part of the EMPOWER trial, have highlighted the value of peer support for increasing adherence to pre-exposure prophylaxis (PrEP) and reducing HIV vulnerabilities.
Avert
13 Aug 20
Chemsex & recreational drug use

More than 130 health and addiction experts, policy makers, and members of the LGBTQ community in Southern California joined the Zoom meeting to discuss the extent of the meth problem in Los Angeles—it’s big and getting bigger—and what can be done about it.
TheBody
4 Aug 20
Young people

'Academic boys' to 'sex jaros': What it means to be a Black boy in a South African township

Malose Langa, a researcher into attitudes to masculinity in South Africa, finds that adolescent boys try to navigate between contradictory demands - to be academically successful, to be respected by peers, and to be sexually successful. These attitudes expose them and their partners to risk, both of HIV and of violence, He says that safe spaces need to be created for boys and young men to reflect on tensions, contradictions and ambivalences associated with voices of masculinity.
Bhekisisa
29 Jul 20
Behaviour change interventions

Zimbabwean adolescent girls and young women who graduated from a program supporting girls-only clubs were more likely to take an HIV test and less likely to drop out of school, among other positive outcomes, researchers reported.
Healio
13 Jul 20
PrEP programmes & uptake

Greater education and attention are needed to address the underuse of HIV preexposure prophylaxis (PrEP) by U.S. adolescents, according to a review. “I would like for providers to be aware that PrEP exists and that more likely than not they are encountering youth that could benefit from it,” Dr. Allison L. Agwu told Reuters Health. “They can prescribe it instead of creating additional hurdles for youth by referring them out to get it.”
Reuters
12 May 20
More editors' picks