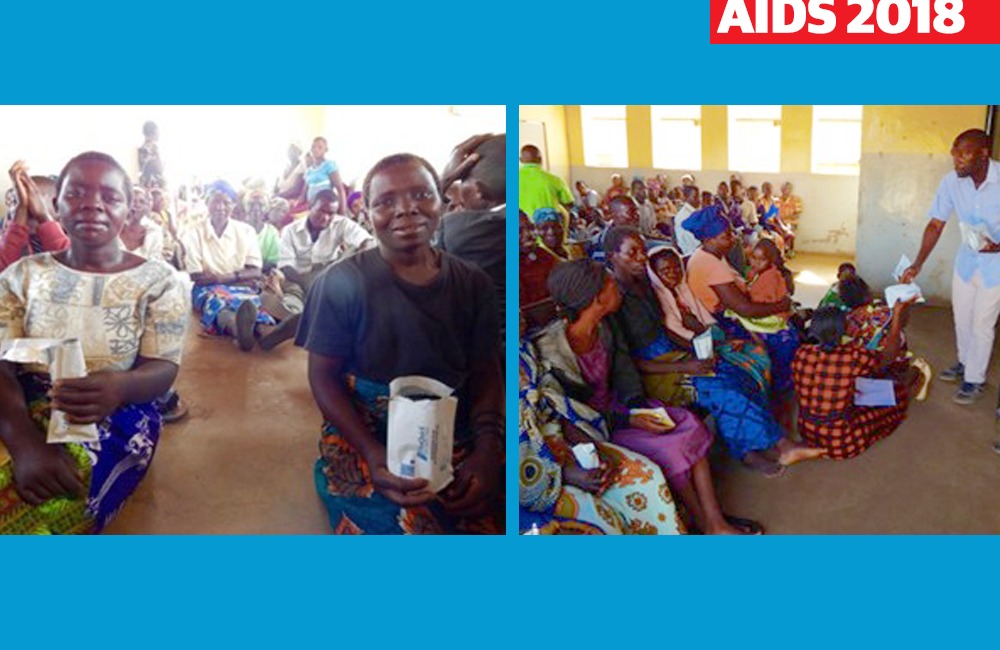 Most models of HIV self-test distribution are based on community settings, but providing self-tests to outpatients at health facilities is a promising strategy, Kathryn Dovel of Partners in Hope told the 22nd International AIDS Conference (AIDS 2018) in Amsterdam yesterday. In this cluster randomised trial, patients at clinics offering self-testing were seven times more likely to take a test than people offered provider initiated testing and counselling (PITC).

Providing self-tests within health facilities may have advantages in terms of being an approach that is feasible to scale up, which facilitates linkage to care, and in relation to quality assurance. Moreover, facilities have not achieved high levels of testing with the current approach of PITC for people attending outpatient clinics for general health issues, such as malaria or a broken arm.

Fifteen healthcare facilities were randomised to provide HIV testing in one of three ways:

Dovel pointed out that people typically wait around three hours to be seen at these over-stretched clinics. There is potential to make use of the waiting time for HIV testing, but patients do not want to leave the waiting area in case they lose their place in the queue. Moreover, they do not want to go to another part of the facility where they may have another long wait.

In those clinics where facility-based self-testing was offered, a dedicated member of staff demonstrated, distributed and helped people use the kits. A small booth was set up within the area to give people privacy to interpret their results. Patients were encouraged to interpret their results before seeing the healthcare provider, so they could talk to the provider about their result if they wanted to. A trained counsellor and immediate HIV therapy was available on request.

In a six-month period, 13,077 adults attended the outpatient facilities. Of these, 5885 completed an exit survey which provided the main findings. Around 39% of those who completed the survey were male and their median age was 32 years. Half had not tested in the previous year.

Self-testing dramatically increased the proportion of outpatients tested – from 13% with standard PITC and 14% with optimised PITC, to 51% with self-testing. The benefit was most pronounced in young people aged 15 to 24 years. After adjusting for other factors that could influence the results, including age, education and employment, being at a self-testing site was associated with a sevenfold greater odds of testing for HIV (adjusted odds ratio 7.39).

Of the 27 people with positive results in the self-testing arm, 19 linked to care. At 70% this is higher than in community models of self-testing, but it appears to be lower than in the other arms of the study. Five of the six people in the standard PITC arm linked to care, as did all eight people who tested positive in the optimised PITC arm.

Self-testing was highly acceptable and more so than other testing approaches – 98% in the self-test arm would use the same HIV testing strategy again, compared to 81% and 84% in the other two arms. Results were similar between younger and older people, and between men and women.

None of the clients in the self-testing arm reported being pressured to test or to share their test results, while a small number of people in the other arms did.

A further analysis of people who did not take up the offer of self-testing found that men, adolescents and people in poor health were more likely to refuse the test. Their reasons for doing so – not feeling that HIV testing was necessary, not feeling ready to do so and being too busy – were similar to other testing studies. Importantly, privacy concerns, complicated instructions and fear of stigma were rarely reasons not to test.