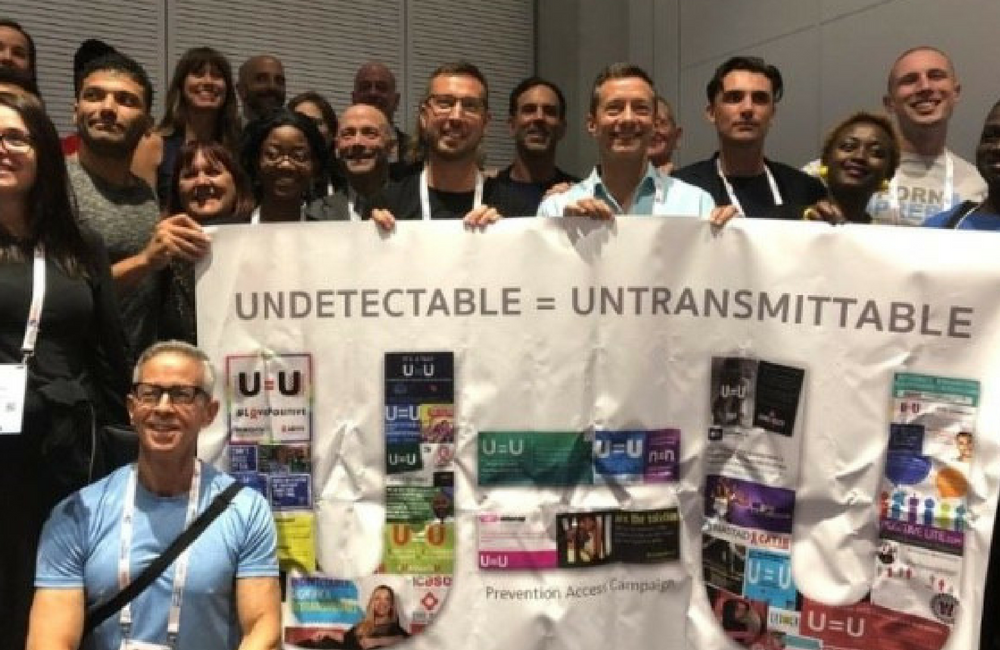 People remember certain International AIDS Conferences as historic breakthroughs. There was Vancouver 1996, when we heard that antiretroviral therapy worked (I wasn't there), and Durban 2000, when we resolved to get it to everyone (I was).

My theory is that the Amsterdam 2018 conference marks a similar breakthrough, only no one knows it yet.

It was the U=U (undetectable equals untransmittable) and PrEP (pre-exposure prophylaxis) conference – not just in terms of scientific results, but more importantly in the political imagination of people, in our sense of what’s possible, and in the iconography of HIV.

I remember sitting in the Global Village at the Durban Conference in 2016 and it was still dominated by condom images and messages. The condom has been as central a symbol of HIV and the fight against it as the red ribbon. And I remember saying to colleagues, "I wonder if all these condom images will be around in two years’ time."

Well, they weren't. There were still free condoms being handed out at many stands, and there were at least two good sessions specifically on them, but the iconography was all about U=U and PrEP. The politics and community energy was about drug and medical access as never before – not just treatment for people needing it, but access to HIV prevention and sexual health, especially for affected and stigmatised populations, notably youth, trans people and sex workers.

This has changed since the IAS conference last year in Paris. Even then, the PrEP reports I filed were about how problematic it would be to get PrEP to non-gay people in the lower-income world. This year? The problems are still there but they're now being actively addressed. I'm trying to decide which of the dozens of PrEP trials and access schemes in every continent – not all of them successful, some very much in embryo – to write about.

This was the year HIV prevention and HIV treatment became global sexual health, for good or bad.

This is partly because U=U has won. Within the medical and scientific community, at least, the data is broadly accepted and its value is understood.

U=U has become something bigger than its original intention, which was to give HIV-positive people a piece of info they could use as a tool to demand services (and help them and their supporters combat criminalisation and stigma). Now U=U has to become what it’s already starting to become – a Global Viral Suppression Access Campaign.

We have known for years, from the SMART and START studies, that viral suppression was beneficial to the individual.

PARTNER has now also shown that viral suppression is unarguably beneficial to public health – and to challenging the stigma of HIV infection.

Now we are in position to say that viral suppression is a right and its lack means that something has gone culpably wrong.

The idea of a right to viral suppression also acknowledges the fight against the stigma that makes people scared to test for HIV or to take ART (antiretroviral therapy). It includes within it the structural inequalities that make, for instance, young women drop out of services, or make young men fail to test out of fear and shame.

And, of course, it implies decriminalising and destigmatising key populations.

Viral suppression as a right prescribes the treatment campaigns that still need to be done. For cheap, portable viral load assays, so that people are no longer kept on failing regimens and develop resistance. For the inclusion of pregnant women in drug trials, so giving them ART doesn't become a big fingers-crossed experiment later. For research that finally nails the interactions between ART and hormones. And for how to set up a community-led treatment centre so it’s an asset that people want to attend. Just as examples.

And finally, yes finally, it can be used to shame the world’s leaders not only to continue funding the fight against HIV but to fund what works.

The rhetoric about “ending” HIV we’ve had in the last few years was probably unhelpful – but the 90-90-90 target was helpful. Not as an expectation, but as a standard. And if the result of the ‘cascade’ in your part of the world is still more like 60-40-50 (leaving only 12% of the HIV-positive population virally suppressed), as it still is in too many countries, then that country can be held to account.

The thing at the conference that most convinced me that the world has ‘got’ what viral suppression means, was the instant and angry reaction of many African women delegates at the news that dolutegravir, a drug more tolerable and resistance-proof than its predecessors, might be pulled from the global drug access list for them, because of four cases of birth defects.

They were furious that the choice to take, or not to take, a generally more benign and effective drug – a choice that in rich countries we are freer to make – was being taken from them. That fury shows how well informed local HIV thought leaders are these days to the pathways towards 90-90-90.

If we campaign for U=U not just as a piece of information but as a state of health that is a human right ... the world will come with us.