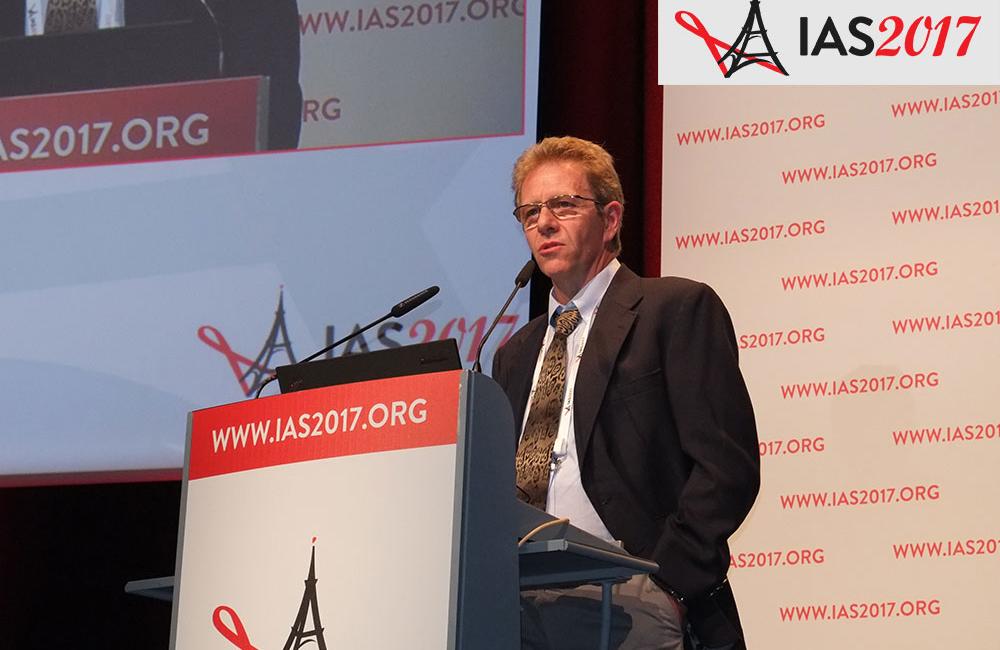 Providing free HIV self-testing kits to gay and bisexual men is an effective way to increase the frequency with which men test for HIV and the number of new HIV diagnoses, Robin MacGowan of the US Centers for Disease Control and Prevention (CDC) told the 9th International AIDS Society Conference on HIV Science (IAS 2017) in Paris, France, today.

He was reporting the results of eSTAMP (Evaluation of HIV Self-testing Among MSM Project), a randomised controlled trial conducted with gay and bisexual men in the United States.

In 2015, the project recruited 2665 men who have sex with men. Recruitment advertising appeared on social media, dating websites and music websites. The average age of participants was 30 years and 58% were white, 10% were black, 23% Hispanic, and 9% other or mixed race. The advertising engaged a relatively affluent sample – most participants were employed (85%), were educated beyond high school (84%) and had health insurance (81%).

While 17% had never tested for HIV and 23% had not tested in the last year (groups which new testing interventions aim to reach), 60% had tested in the last year. Of note, 10% had previously used a self-test, usually obtained online or from a pharmacy. Those who had already used self-testing tended to be older, more affluent and have riskier sexual behaviour.

Half the participants were randomised to receive four self-testing kits in the mail at the beginning of the year: two of the kits were OraQuick oral fluid tests and two were Sure Check finger-prick blood tests. Further kits could be requested during the year. Participants randomised to the control group did not receive anything.

All participants were asked to complete online surveys every three months. Completion rates were similar in the intervention and control groups, with on average 58% completing each survey and 72% of participants completing at least one of the surveys.

The mean number of tests was 5.5 and 1.5, in the intervention and control groups respectively.

Those in the intervention group took fewer tests in health facilities (mean 0.9) than those in the control group (mean 1.5). This would have the advantage of reducing the overall cost of providing HIV tests, but with the disadvantage that men relying on self-tests would be unlikely to be screened as frequently for sexually transmitted infections. Self-testing kits for sexually transmitted infections are not yet available.

The provision of self-tests also helped men be diagnosed with HIV. (If the provision of self-testing only boosted testing rates in those at low risk of HIV, it would not have this effect.) Twenty-two men in the intervention group were diagnosed with HIV during the year, compared with 11 in the control group, a statistically significant difference. While 72% of those testing positive in the intervention group linked to care, 91% of those in the control group did so, but this difference was not statistically significant.

The study adds to the findings of another randomised controlled trial, reported a year ago, which found that a similar programme doubled the frequency of HIV testing in Australian gay men.

Self-testing in the UK

The conference also heard the experience of Terrence Higgins Trust, a community organisation in the United Kingdom. Its service involved free provision of self-testing kits to gay men who responded to advertising on social media, dating apps and the organisation’s own website. The test-ordering webpages were optimised for use on a mobile phone and 85% of orders were made on a mobile.

Those testing were asked to report their result on a secure webpage, with text message reminders sent to those who had not yet reported. A greater than expected number of participants (3021 people, 62%) did report their results, including 28 people (0.9%) for whom it was reactive. Of those, phone contact could be made with 22 people, all of whom had already sought out confirmatory testing. Cary James said that this showed, in the context of the UK’s well-developed network of testing providers, concerns about gay men who self-test not seeking confirmatory testing were misplaced.

Update: Following the conference presentation, the eSTAMP study was published in a peer-reviewed journal:

MacGowan RJ et al. Effect of Internet-Distributed HIV Self-tests on HIV Diagnosis and Behavioral Outcomes in Men Who Have Sex With Men. JAMA Internal Medicine, online ahead of print, 2019.