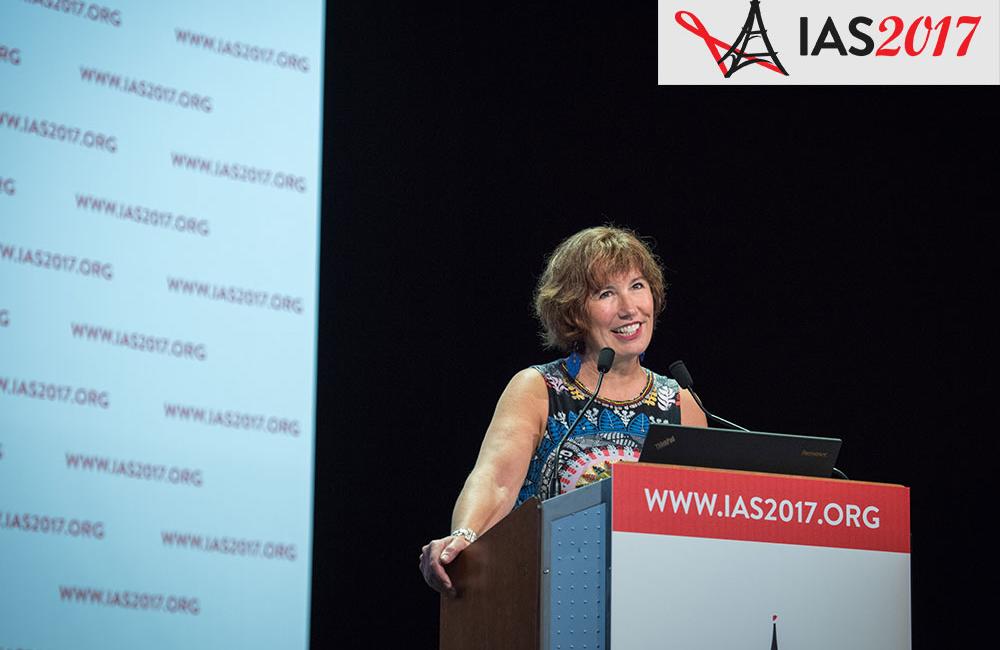 Gonorrhoea diagnoses among gay men attending the largest STI clinic in the UK at 56 Dean Street in London’s Soho have declined by 24% in the last year, the clinic’s Professor Sheena McCormack, principal investigator of the PROUD PrEP study, told the 9th IAS Conference on HIV Science (IAS 2017) in Paris today.

The fall in gonorrhoea diagnoses, from about 1600 in the third quarter of 2015 to about 1000 per quarter a year later, accompanied an already-reported 42% decline in HIV infections during the same period which was observed in other central London clinics and to a lesser extent in the rest of England.

Although McCormack said the reason for the fall in gonorrhoea cases was as yet unclear, a greater frequency of testing for HIV and STIs among clinic users could be the cause. Because gonorrhoea is often asymptomatic, regular screening will catch more infections and interrupt chains of infection.

Interestingly the same fall has not been seen in chlamydia cases. McCormack commented that this could be due to the fact that chlamydia has a longer incubation period than gonorrhoea, during which it could be missed by tests.

Documented increases in testing, and especially in the frequency of testing, by gay men in the UK may be partly a consequence of testing by gay men using pre-exposure prophylaxis (PrEP), or simply because of greater awareness of the benefits of early treatment. McCormack added that the number of people, largely gay men, using PrEP in the UK may be larger than previously thought. A survey conducted through the gay contact website Grindr found a total of 3938 UK gay men who declared that they were HIV-negative and using PrEP, and it is thought that due to continued stigma against PrEP use, even this figure could be underestimated by 20%.

In the same session, Andrew Grulich of the University of New South Wales outlined the latest progress in Australia’s series of PrEP demonstration studies. He said that Australia was lucky to have a government that agreed with HIV scientists that there should be an ambitious goal of almost eliminating HIV: with 69% of HIV-positive people in the country on treatment and with undetectable viral loads, Australia is very near the UNAIDS 90-90-90 goal of having 72.9% undetectable, but HIV diagnoses had remained stubbornly stable at about 1000 a year between 2006 and 2015.

The decision was therefore taken to introduce PrEP, first in three small demonstration projects in New South Wales, Queensland and Victoria states, recruiting a total of 500 men who have sex with men, then expanding these into large implementation studies. Mathematical modelling suggested that for PrEP to have a significant public health impact, 3700 (90%) of the people most at risk of HIV needed to be recruited in ten months and this was achieved: 5500 have now been enrolled in 14 months. The model suggested this would result in HIV diagnoses decreasing to about 250 a year by 2020.

At week 56 of the study, 5375 people had started PrEP, all but 50 being men who have sex with men; the remainder comprised 36 transgender women, seven transgender men and seven cisgender women.

The average age was 35, with a quarter of people under 30.

No significant change was seen in STI diagnoses in study participants over the study period, with 10.2% on average in the New South Wales study being diagnosed with chlamydia per three-month period, 8.4% gonorrhoea and 1.2% syphilis.

HIV diagnoses, on the other hand, show signs of starting to decline. They had been on the increase; diagnoses in New South Wales alone reached a peak of 81 in the fourth quarter of 2015, but then started to decline and numbered 54 in the first quarter of 2017, representing a 29% decline relative to the average quarterly figure over the last five years. Diagnoses of people in early infection declined by 43%.

The study is now expanding into Western Australia and the Australian Capital Territory with over 6000 now taking PrEP.

The Australian Federal Government is currently deciding whether to buy generic PrEP and should announce a decision by August. If they decide to, Grulich said it was hoped that PrEP would be adopted as a standard health service provision by the beginning of 2018.