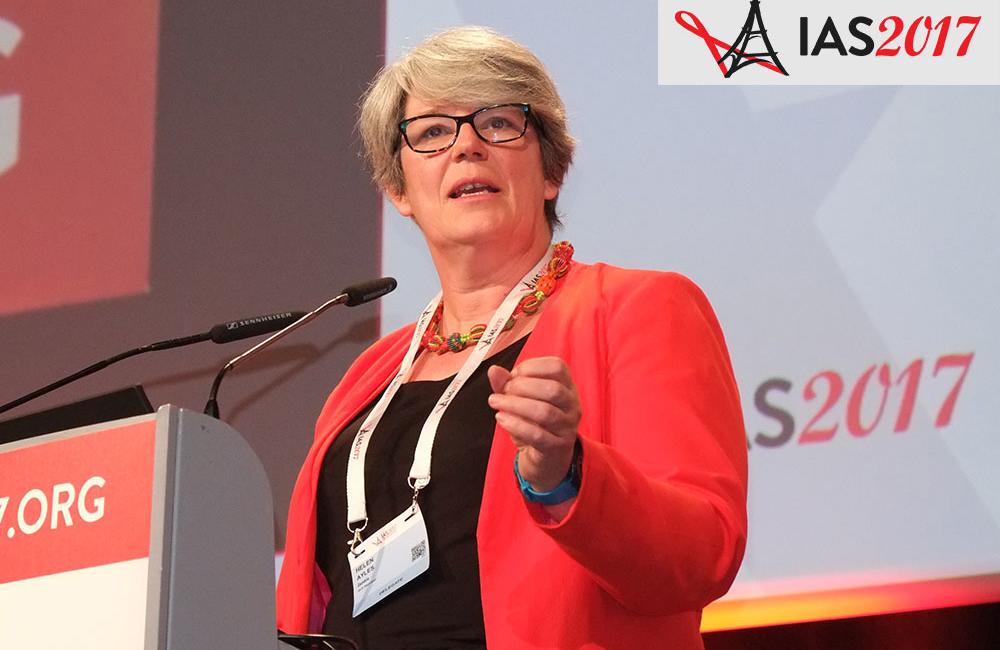 Adding HIV self-testing as an additional option to a door-to-door programme offering HIV testing in Zambia boosted the uptake of HIV testing among men, younger adults and those who had previously refused HIV testing, Helen Ayles of the London School of Hygiene and Tropical Medicine told the 9th International AIDS Society Conference on HIV Science (IAS 2017) in Paris today. It appears that HIV self-testing may have a particular impact on testing rates in men and could contribute to meeting the 90-90-90 targets in men.

Ayles emphasised that the effect was seen in communities which had already been exposed to three years of intensive efforts to offer HIV testing to all. People who had not already been tested must be considered the ‘hardest to reach’ and the self-testing intervention was notable for having an impact with these individuals.

The study presented was a substudy of PopART (also known as HPTN 071), a large community-randomised trial being carried out in high-prevalence communities in Zambia and South Africa. PopART is aiming to implement an approach of universal HIV testing and universal access to immediate HIV treatment for those who need it, in order to reduce new HIV infections.

The main approach to HIV testing used in PopART is home based HIV testing, in which lay counsellors (known in the study as Community HIV Care Providers or CHiPs) systematically visit all households in a geographical area and offer HIV testing and counselling. While this approach is feasible and acceptable, it is challenging to achieve very high levels of uptake among men, younger people and mobile individuals (for example, people travelling for work).

By the end of the second year of PopART, the target of having tested 90% of people had been achieved for women, in almost all age groups over 20 years (but not for younger women). But uptake was much lower in men – in most age groups, between 70 and 85% had tested, with uptake only surpassing 90% in those over the age of 55.

Supplementary approaches appear to be necessary.

A substudy of PopART therefore aimed to evaluate whether offering self-testing as an additional option would increase the uptake of HIV testing. This was a cluster-randomised trial in 66 zones in four communities in Zambia. In the 33 intervention zones, household members were offered two options for HIV testing – rapid testing by the lay counsellor or self-testing. In the 33 zones in the control group, only rapid testing by the lay counsellor was offered.

In the arm of the study in which self-testing was an option, it was chosen by 55% of those who took a test. The vast majority (88%) of those taking a self-test chose to have the lay counsellor present during the test, described as ‘supervised’ self-testing by the researchers. The health worker could help with problems users faced in operating the test or in interpreting the result. Helen Ayles said that she would expect more self-testing to be unsupervised in the future, as people become more familiar with the process.

Another testing modality was ‘secondary distribution’ — when a household member was absent, a self-testing kit could be left with their partner for them to use later.

By the end of a three-month period earlier this year, 60.4% of adult men in the intervention arm knew their HIV status, compared to 55.1% in the control arm. A similar effect was not seen in women.

The effect of providing self-testing was also seen in people of both genders aged 16 to 29 (73.5% in the intervention arm and 70.2% in the control arm knew their status).

There was also strong evidence that providing self-testing improved knowledge of status in individuals who were locally resident during earlier phases of PopART but had previously turned down the offer of testing by the PopART lay counsellors. Among these individuals, 29.7% knew their status in the intervention arm, compared to 20.6% in the control arm.

Qualitative findings from in-depth interviews and focus groups suggested that self-testing was acceptable for people who were worried about waiting times and stigma in clinics; self-testing had advantages in terms of confidentiality, control and convenience; and that people felt empowered by knowing how to test themselves. Self-testing was particularly acceptable for busy and mobile people, married men, those living with a partner, people of higher social classes, those in formal employment and members of key populations (such as sex workers).

Helen Ayles said that HIV self testing is a solution for engaging ‘hard-to-reach’ groups such as working men and mobile populations with HIV testing. She said that even if the increase in testing uptake may be modest (a few percentage points), this should be considered in the context of a population that has already been given multiple opportunities to test.

A number of studies are examining secondary distribution approaches, often asking women to offer self-testing kits to their male partners. For example, Rhoda Wanyenze reported on a cluster-randomised controlled trial in Uganda, in which women attending antenatal services were given kits to pass on to their partners and other family members. They were given education on how to introduce the self-testing kit, how to use it, confirmatory testing and other aspects of follow-on support.

In the intervention arm, 74% of male partners were tested, compared to 36% of male partners in the control arm. The researchers noted that the impact was greatest when the woman had secondary or vocational education, was self-employed or was over the age of 30. This suggests that more empowered women had greater success in introducing the test than less empowered women.

Qualitative findings showed that many women had concerns about how they could deliver the kits to their partners. While half delivered the kits on the same day, many others waited until they felt their partner was in a sufficiently good mood. Many women suggested that it was a health worker, and not the woman herself, who wanted the man to test. Some lied about the purpose of the kit, suggesting it would detect syphilis or cancer (in at least one case, this created a dilemma when the man got a reactive result). Nonetheless, a number of women reported positive experiences after offering the test, including the couple testing together and learning each other’s HIV status, improved communication and more support for HIV-positive partners.

An alternative secondary distribution would be to ask men to distribute self-testing kits to their friends and peers. Mastula Nanfuka of The AIDS Support Organisation (TASO) in Uganda argued that woman-to-man distribution may have limited impact due to safety concerns and power dynamics. He conducted a pilot trial distributing self-test kits through peer networks of fishermen in Bulisa, Uganda. Staff recruited 19 ‘seeds’ who were given training on how to self-test and how to recruit peers.

The 19 seeds offered self-testing kits to 115 men, 95 of whom accepted the offer. No peers reported being coerced to test. Many of the peers recruited had never been tested (26%) or had last tested more than a year ago (44%).

Four men were HIV positive, including three men who were diagnosed for the first time. There was one new HIV diagnosis per 6.3 seeds.