Progress towards 90-90-90 targets in southern Africa: find the men! 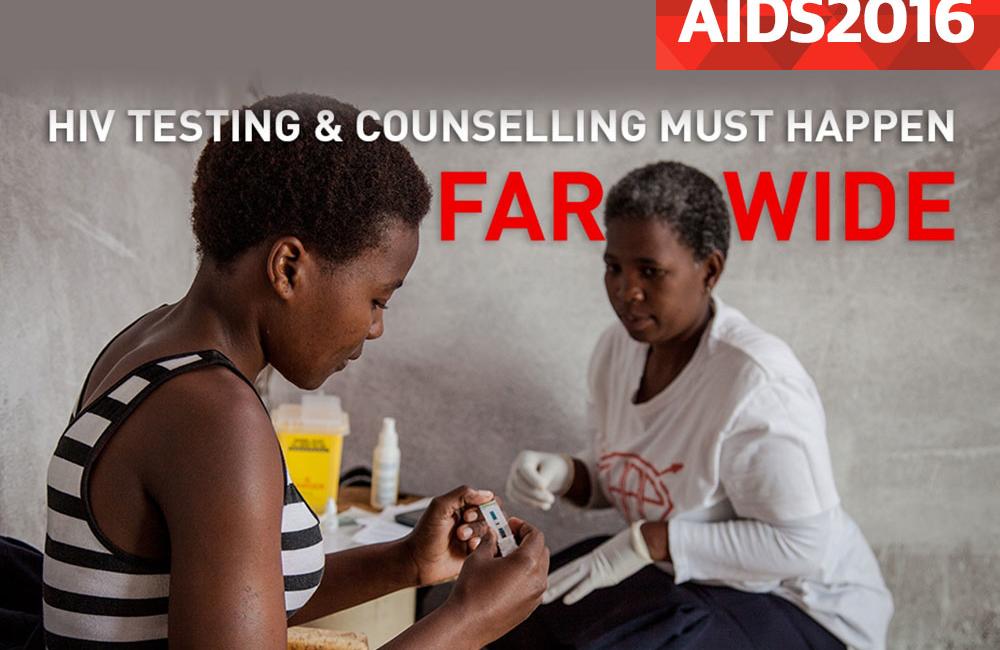 Studies of treatment cascade performance in South Africa and Namibia show large variations between districts and highlight the need for up-to-date information on performance to guide programming, advocacy and funding, according to presentations at the 21st International AIDS Conference (AIDS 2016) in Durban, South Africa, on Tuesday.

In particular, the studies emphasised the low rates of HIV diagnosis among men in the region, and low rates of viral suppression, especially among men.

Treatment cascades report the progress of a population towards the goal of viral suppression. Full suppression of viral load benefits the individual by preventing illness, death and treatment failure, and benefits the community by preventing HIV transmission. In order to achieve viral suppression, people need to be diagnosed with HIV, linked to care, started on treatment, retained in care and virally suppressed. Treatment cascades may report performance of a treatment programme on all of these measures, but most commonly report the numbers diagnosed, treated and virally suppressed – the three 90s set out by UNAIDS in the 90-90-90 target.

The 90-90-90 target calls on countries to achieve the following goals:

Southern Africa is the region with the highest prevalence of HIV, and some of the world’s largest treatment programmes, so efforts to achieve the 90-90-90 targets are critically dependent on performance in this region. Research groups working in South Africa and Namibia reported on efforts to monitor the cascade, and local performance, highlighting several common problems across the region, at a Tuesday session at the conference.

The studies used different methodologies, underlining the need for greater consensus on how to measure and report cascade performance in order to make valid comparisons between countries and populations.

Bill MacLeod and colleagues from Health Economics and Epidemiology Research constructed HIV care cascades for the entire South African population using population and HIV prevalence data provided by StatsSA and the Human Sciences Research Council, and assessed engagement in care and viral load suppression using CD4 count and viral load test data provided by the National Health Laboratory Service. Antiretroviral therapy (ART) coverage was assessed using District Health Information System data for the period of April 2014 to March 2015. (Note that South Africa will not begin to implement a `Test and Start` policy until September 2016, and moved to treating all people with CD4 counts under 500 during the year under review.)

The researchers estimate that 6.47 million are living with HIV in South Africa, but were not able to estimate the proportion of people whose HIV infection has been diagnosed.

Based on the best available data, the researchers estimate that almost half of all people with HIV in South Africa are either undiagnosed or diagnosed but not engaged in care. Improvements in diagnosis, engagement in care and treatment initiation are all needed to ensure that South Africa reaches the ultimate goal of 73% of people with HIV virally suppressed.

Using data from the HIV Incidence Provincial Surveillance System (HIPSS) in uMgungundlovu district, Anneke Grobler and colleagues from CAPRISA set out to assess how feasible it will be to achieve the 90-90-90 targets in a district with very high prevalence of HIV and high ongoing HIV incidence.

The household survey randomly selected one person aged 15 to 49 in each household in eligible districts to provide blood samples for HIV antibody and viral load testing. Participants provided information on awareness of HIV status and engagement with HIV care.

Namibia has a small population relative to many of its neighbours but a high HIV prevalence. To assess performance of the country’s HIV care cascade, researchers from the Namibian Ministry of Health and the US Centers for Disease Control used data from a cross-sectional household survey in the high-prevalence Zambezi region carried out from December 2014 to July 2015.

The study enrolled 2163 adults, who provided dried-blood spot samples at home and answered questions about their behaviour and engagement with care. Self-reported HIV diagnosis and ART initiation were verified from patient-carried records wherever available. Dried blood samples were tested for HIV antibody and HIV viral load. Viral suppression was defined as a viral load below 1000 copies/ml.

As a result of these findings the Zambezi province treatment programme has intensified community outreach in addition to household testing, in order to reach men at venues such as workplaces and football matches.

Whereas localised studies found that a high proportion of diagnosed people had been linked to care and were virally suppressed, the South African national study found that only one-third of people living with HIV were virally suppressed in 2014-15, and all studies found a substantial gap in diagnosis between men and women. Whereas the South African national survey identified a large gap in treatment uptake between men and women, with men substantially less likely to be on treatment, localised surveys did not find any gender difference in treatment uptake, nor in viral suppression once treatment had been initiated.

An effort to make quality life an official UN target may have failed, but it made an impact nonetheless.
Politico
24 Mar 21
Global health targets

New 2025 targets aim to put the world back on track to end AIDS by 2030 following the news that Fast-Track targets were missed.
Avert
3 Jan 21
Global health targets

Data reported to UNAIDS by countries have been used to project the potential impact of the COVID-19 pandemic on the global HIV response over the next five years. Several scenarios with different durations of service disruptions of between three months and two years were modelled.
UNAIDS
14 Dec 20
More editors' picks